Trustpilot picks London for IPO as it eyes £1bn valuation 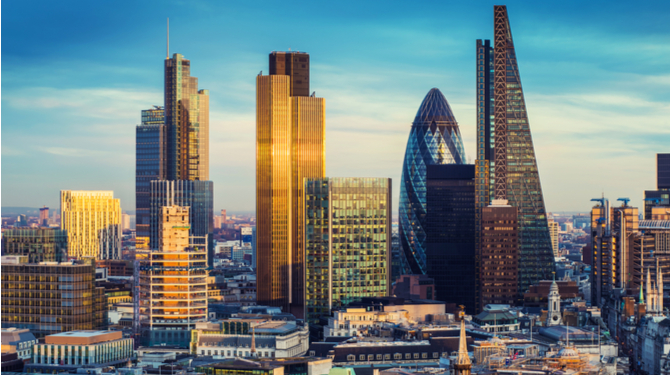 Online review platform Trustpilot announced on Monday it is considering launching an initial public offering (IPO) in London, possibly at a valuation of £1bn, that would see at least 25 percent of the company floated on the London Stock Exchange. The deal would mark the third major London listing in 2021, signaling a major boost to the city’s burgeoning tech scene.

Trustpilot said in a registration document the offer would comprise of new shares raising proceeds in the realm of $50m to pay down debt and fund further growth plans. The offer also entails selling existing shares to certain existing stakeholders, directors and employees.

The company is setting its sights on a premium listing on the LSE and expects to be eligible for inclusion in FTSE UK indices. Additional details of the pricing and valuation will be made available should the IPO go forward.

JPMorgan and Morgan Stanley are acting as joint global coordinators and bookrunners on the deal alongside Berenberg and Danske Bank.

The Copenhagen-based review website was launched in 2007 by founder and chief executive Peter Holten Mühlmaan and has since become one of the largest online platforms for rating business and products. With more than 120m consumer reviews of over 529,000 businesses in 2020, Trustpilot’s revenue jumped 25 percent from the previous year to $120m. It makes money by selling subscriptions to businesses who can use reviews to inform their marketing materials and business practices. The site’s cloud-based data architecture is built on a foundation of several Saas-based products that allow subscribed businesses to receive large volumes of consumer data analytics from multiple sources.

Trustpilot’s business model sets it apart from competing websites Tripadvisor and Yelp, which make a lion’s share of their money through advertising revenue.

“With fast growth, a proven subscription-based business model and high gross margins underpinned by a modern, highly scalable technology platform, we have all the attributes required to thrive as a listed business,” he said.

Mühlmann said the company is working hard to become universally trusted in the online review space, adding that the integrity of the reviews left on the site are “crucial” to its success.

“We believe that an IPO of the business will allow us to continue the momentum of recent years, providing a platform to deliver new products to more geographies, and succeed in our vision to become a universal symbol of trust,” Mühlmaan said.

Despite its success, Trustpilot has seen its fair share of challenges around the credibility of its reviews. In the past, companies were able to circumvent the system and trade five star reviews online in order to increase their ratings. This led Trustpilot to ban incentivised reviews altogether. The company now uses AI to detect fraudulent reviews and it claims to have removed more than 1.5m fake reviews to date.

More recently, Trustpilot was caught in the middle of a defamation lawsuit over a review left on a law firm’s review page. The firm, Summerfield Browne, sued the reviewer for £25,000 in libel damages. Trustpilot condemned the firm’s decision to pursue legal action, citing its commitment to ensuring its users’ freedom of speech.

Trustpilot’s IPO would join a string of several big names recently floated on the London bourse, including online greeting card retailer Moonpig and iconic British shoe brand Dr Martens. Yesterday, online womenswear retailer In The Style also announced its plans to float on London’s AIM market, a move that could reportedly value the company at over £100m.

The London Stock Exchange’s booming IPO season reflects one of the best starts to the year for listings it has seen since 2008, according to Bloomberg. After reviewing IPO rules late last year in an effort to convince investors it was worth staying for post-Brexit Britain, the UK government seems to be eyeing tech floats as key a part of the country’s post-pandemic economic recovery.