The review was found by the High Court to be defamatory, but the case has earned the firm harsh responses in the court of public opinion 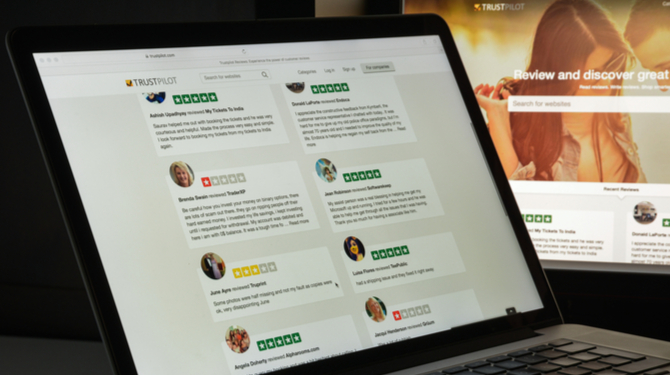 A man who left a negative review of commercial law firm Summerfield Browne on consumer review website Trustpilot has been ordered by the High Court in London to pay £25,000 in libel damages plus costs.

Philip James Waymouth accused the firm of being a "scam" and a "total waste of money" after being dissatisfied with their advice in a dispute over the enforcement of a court order. He had hired the firm after finding it through a web search. He paid a £200 fixed fee and signed its standard terms and conditions.

Waymouth’s review, which has now been removed as a result of the High Court’s decision under section 13 of the Defamation Act 2013, alleged the firm’s legal assessment of his case was "full of errors showing a lack of understanding for the situation and the law". It further accused the firm of being "apathetic" after receiving the fixed fee.

Summerfield Browne argued their libel case on the basis that Waymouth’s claims were untrue and defamatory, citing that the firm’s business enquiries had noticeably dropped following the publication of the review. During the proceedings, the firm submitted evidence that the number of weekly enquiries dropped from approximately 50 to 60 per week to 30 to 40.

"As a family firm, the decision to pursue legal action was not one we took lightly", Summerfield Browne managing director Christian Browne said. "We exist to help our clients protect their rights and reputations. We naturally felt it right to do the same for ourselves and we are glad this unfortunate issue has now been resolved."

Waymouth reportedly “made no attempt” to go through the firm’s complaints procedure prior to posting his review. He was not legally represented at the remote hearing, which was held last July, claiming that he was living overseas.

Judge Master David Cook, ruling in favour of Summerfield Browne, said: “It is beyond any dispute that the words complained of had a clear tendency to put people off dealing with the Claimant firm.”

While a business suing a consumer over a negative online review is far from an ordinary occurrence, it is possible under current law, which recognises that a company’s reputation could easily be tarnished by defamatory statements. The High Court reached its decision based on the Defamation Act 2013, which defines a defamatory claim as the publication of information that “has caused or is likely to cause serious harm to the reputation of the claimant”.

Trustpilot lists defamation as a reason for flagging or removing a review from its website. Any review that is likely to cause “serious harm to someone’s reputation or serious financial loss to a business” can be subject to removal. The site further states it won’t base its decision to remove a review on criticism alone.

Waymouth argued honest opinion, public interest and truth in his defence against the libel suit. He initially offered to remove the review in return for a refund of £200, but claimed he received no response from the firm on the matter.

Master Cook struck the defence of honest opinion based on Waymouth’s word choice in the review, citing that “scam” directly infers an allegation of fraud. He also stated that setting a price to remove the review “wholly undermines the defence of public interest”.

But for smaller businesses that live and die by word of mouth, one bad review written in a moment of anger can be the catalyst for incredible damage. This is especially true given the fast-paced nature of the digital environment, where consumers can vent their frustrations publicly with just a few clicks.

The fallout from this case is made clear by the descent of Summerfield Browne’s Trustpilot page into chaos. Angry reviewers took to the firm’s page to leave a slew of one-star reviews, the majority of which are in support of Waymouth.

“Taking legal actions against your customers will do far more to ‘defame’ your company than a single negative review”, one user wrote.

Some also left reviews rebuking the other reviewers and encouraging them to do their own research.

On top of criticism over the firm’s handling of the case, several of the negative reviews also accuse the firm of violating GDPR by tracking user sessions with Google Analytics without asking permission.

Trustpilot initially responded by urging only genuine clients to leave a review, but disabled reviews altogether in the face of a continued onslaught from its users. The page currently displays a notice informing users of the action taken by the firm and condemning the use of legal action to “silence consumer’s [sic] freedom of speech”.

“This is the first time we’ve seen a business take such extreme measures against a consumer voicing their genuine opinion”, the notice reads. It goes on to highlight the mechanisms Trustpilot has in place for businesses and consumers to solve issues directly through the flagging and reporting tools present on the site.

At the time of writing, Summerfield Browne’s Trustpilot rating has dropped to 2.1 out of five stars based on 189 reviews.

Summerfield Browne’s case sheds light on the crucial legal distinction between criticism and defamation. Waymouth’s inability to substantiate his claim that the firm’s activity was fraudulent underpinned the case against him, alongside the firm’s evidence of decreased business. But the former alone would have been enough to pursue the libel case in the first place.

Part of the problem lies with the fact that a lot of consumers are potentially unaware of this. In the US, the rise of sites like Yelp and TripAdvisor saw a jump in cases where individuals had to pay large legal fees and settlements over online reviews. Consumers will likely find themselves fighting a losing battle when it comes to arguing freedom of speech, as the protections set out for reviewers on the internet and social media are not as clear as those provided for the company on the other side of the equation.