Case notes: The question of unilateral mistake and algorithms relating to a cryptocurrency transaction 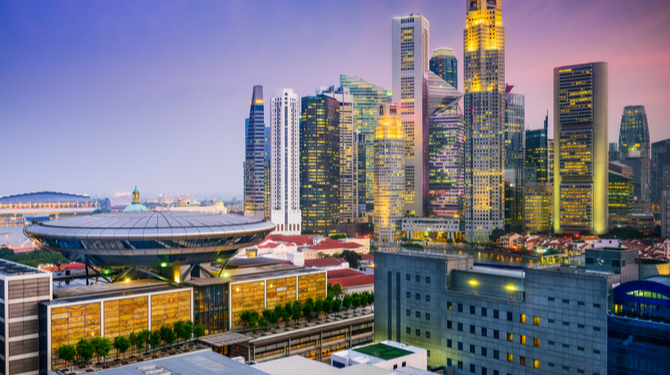 Shutterstock
Singapore's Supreme Court: ruled that Quoine was liable to B2C2 for unilaterally reversing trades in Bitcoin and Ether

The Singapore Court of Appeal has handed down an important judgment in the widely followed cryptocurrency case of Quoine Pte Ltd v B2C2 Ltd [2020] SGCA(I) 02, dealing with difficult legal questions thrown up by the algorithmic trading of crypto. Fountain Court Chambers reported on the case.

The Singapore Court of Appeal, by a majority comprising fourjudges including the Chief Justice of Singapore and the former Chief Justice of Australia, has upheld the trial judge’s conclusion that the cryptocurrency exchange, Quoine, was liable to B2C2 for unilaterally reversing trades in Bitcoin and Ether (the token which trades on the
Ethereum blockchain).

In particular the court examined how, in the doctrine of unilateral mistake, the requirement of knowledge of the mistake is to be assessed where the contract is concluded by way of deterministic algorithmic trading, concluding that the non-mistaken party has sufficient knowledge if the algorithm’s programmer had actual or constructive knowledge that an offer automatically made by the algorithm would only ever be accepted by a party operating under a mistake, and if the programmer was acting to take advantage of that mistake.

Lord Mance, the sole dissenting judge, proposed an adaption of the rules of equitable mistake so that the requirement of ‘knowledge’ would be satisfied by evidence that the parties actually knew (cf ‘ought to have known’) that there had been a fundamental mistake as soon as the computerised transaction came to their attention – that is, even if that
knowledge only arises after the transaction in question.

The critical problem which Quoine faced in this case is that, in conventional cases of unilateral mistake, the relevant knowledge or constructive knowledge either exists or not, as a matter of fact, as and when the contract is made. The focus of the enquiry is then on the actual state of mind and conduct of human beings involved in the making of the contract.

That approach is by definition impossible in the different context of a contract made between computers programmed by humans. But the right approach is less obvious. The trial judge dealt with the issue as follows: ‘Where it is relevant to determine what the intention or knowledge was underlying the mode of operation of a particular machine, it islogical to have regard to the knowledge or intention of the operator or controller of the machine. In the case of the kitchen blender, this will be
the person who put the ingredients in and caused it to work. His or her knowledge or intention will be contemporaneous with the operation of the machine. But in the case of robots or trading software in computers this will not be the case. The knowledge or intention cannot be that of the person who turns it on, it must be that of the person who was responsible for causing it to work in the way it did, in other words, the programmer. Necessarily this will have been done at a date earlier
than the date on which the computer or robot carried out the acts in question. To this extent I reject B2C2’s contention that that the only relevant knowledge is knowledge at the time of contracting. I agree with Quoine that regard should be had to the knowledge and intention of the programmer of the program in issue when that program (or the relevant part of it) was written.’

The majority of the Court of Appeal then looked at the intention of B2C2’s programmer in the manner described above.

Fountain Court’s Nik Yeo acted for B2C2, assisting in the written submissions to the Court of Appeal. The majority cited an article by Nik Yeo and Fountain Court’s Joseph Farmer at (2019) 5 JIBFL 290, which was itself cited by the amicus curiae.