On 26th June, at a parliamentary inquiry into commercial and recreational drone use, the head of Unmanned Traffic Management at NATS, the Air Traffic experts in the U.K. Gave evidence to the Science & Technology Select Committee. 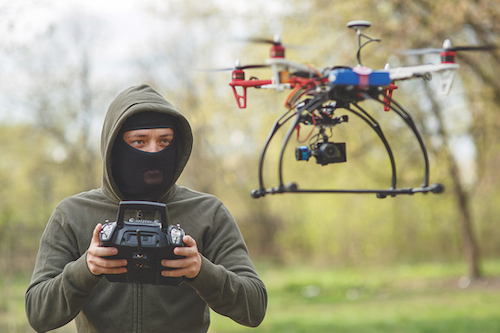 The topics of the session included risks to aircraft, how to correctly seek permission for access, ideas for dealing with drone misuse, and the effectiveness of counter-drone technologies being used against rogue drones. He drew strong reaction for using the phrase “clueless, careless, and criminal” in reference to drone pilots. The next day he issued an apology on the NATS blog. According to Sage: “I was trying to talk about the misuse of drones and how different types of misuse should be dealt with differently.

“It is now very clear that I made a mistake saying this. My words were inappropriate. I got it wrong. I would like to apologise to any drone pilots, the vast majority of whom are extremely responsible, who have been offended by my remarks. I can assure you that we do not ‘categorise’ drone users and believe passionately in fair access to airspace for all users who abide by the rules. I will ensure the Committee understands this position.”

The words he used are already infamous in the drone industry, thanks to FAA representative Angela Stubblefield, telling pilots “not to be one of the Three Cs!” There is a strong reaction in the drone industry against the use of these terms because they are not helpful or accurate in the discussion of how to regulate drones. There are criminal, clueless, and careless human beings in all walks of life. In other industries they don’t warrant extra attention in the way they seem to with drones.

For example, reckless drivers are breaking laws when they drive in such a manner – speeding, driving drunk, driving without a licence – but there isn’t an outcry about drivers who fulfil the “Three Cs” conditions. They are dealt with on an individual basis, through punishment and education before reintroduction to the roads (where possible). Using this phrase with little care to its effects creates a view that drones are inherently dangerous. This fear-mongering focus is likely to lead to heavy-handed broad regulation, rather than targeted legislation that can deal with individual issues. Taking the broader approach will lead to suppression of innovation, even as drones are saving lives in Tanzania, Rwanda, and Ghana through Zipline’s programmes, helping fight fires and assist police departments, and so many other applications that are not careless, criminal, or clueless.

Besides, deploying heavier regulation to counter dangerous drone operators is unlikely to have a positive effect. If they’re not paying attention to the current rules (whether by choice or by ignorance) they’re not going to follow new, stricter guidelines. Instead of brutal legislation, increased access to education of what the rules are, and, perhaps more importantly, why those rules are in place is a better reaction to drone misuse. People prominent in the drone industry, like Andy Sage, are damaging this industry that is in a critical early stage of development with their flippant remarks, and the apology demonstrates that the comments have been identified as a mistake. Public acceptance of drones is one of the main barriers to widespread adoption of the technology and will only be harder to overcome against a backdrop of the Three Cs.