Regulatory standards on drones are one step closer in Europe following approval by MEPs of an agreement between the Council and Parliament reached in November 2017 to revise the powers of the European Aviation Safety Agency (EASA). 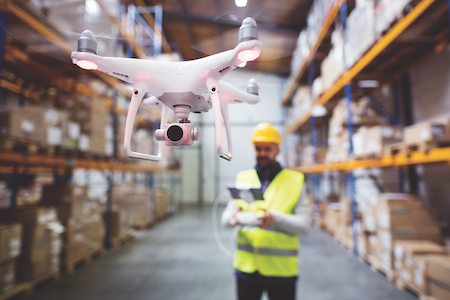 The proposed rules will introduce provisions on the civil use of drones for the first time in the European Union (EU). Drones under 150kg currently fall under national jurisdiction. The new rules are designed to bring some common ground across the EU in terms of safety, stop afford manufacturers and operators a degree of predictability to further develop products and services.

Provisions for safety and privacy have been tackled in the legislation, with required features of devices including the ability to self-land in the event of the operator losing contact. Training for drone operators to make them aware of the risks and responsibilities involved in flying a drone are also required in certain circumstances. The legislation is designed to be “future proofed” to allow the regulators in the member states of the EU to adjust their regulations to keep pace with the rapidly changing sector.

Environmental standards will continue to be set at a global level by the International Civil Aviation Organisation (ICAO) despite proposals for an EU-only set of standards. Furthermore, calls for EASA to be given more power to override member states in setting out rules for certification and oversight were thwarted by the European Conservatives and Reformists (ECR) group.

The provisional agreement was approved with 558 votes in favour, 71 against and 48 abstentions on 12th June 2018. The rules now need to be approved by the EU ministers.