Rick Seabrook from Neota Logic examines how law firms are trying to modernise, and what the future developments are likely to be in this sector. 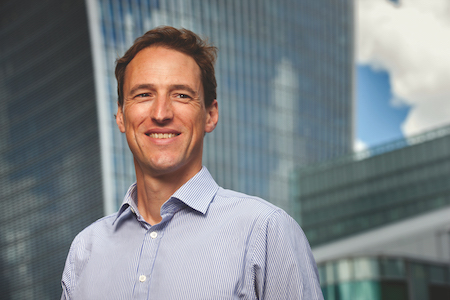 Neota Logic has been operating in the legal sector for a number of years. Set up originally in 2010 and now with offices in New York, London and Melbourne, the company has a number of law firms listed as clients including Allen & Overy, Norton Rose Fulbright and Baker McKenzie. Managing director of Neota UK, Rick Seabrook thinks that law firms are moving in the right direction towards engaging with helpful technology to make themselves more efficient, but at a more considered pace than other sectors.

Law firms have invested large sums in tackling their cost base by looking at the employee profile and trying to identify the more “commodity” parts of the legal product chain which could be serviced by a less expensive professional. Whether that meant looking at Belfast or the Philippines or India, firms sought to address the service cost problem by seeking to pay less for people to perform the relevant function.

“Law firms are only now at a place where corporations were at the start of the 1990s outsourcing boom, where basic processes which were being performed in the UK were centralised and/or moved to lower cost locations. What happened next to corporations was those processes were automated and more nuanced processes then followed offshore. We might see the same happen in law in the coming years although technology is available now that would allow us to bypass the offshoring stage altogether if we chose to,” said Seabrook.

A lot of the current Artificial Intelligence (AI) technology is about improving legal processes, using software to handle rules-based repetitive tasks in a much more efficient way than using expensive labour to do it. Rules-based logic was being used to create templates and automatic documents in the 80s so it is nothing new to the practice of law. Answering a series of questions in a ow chart format and then producing an answer at the end. What has changed is the ability of computers to handle vast amounts of digital data and the processing power to analyse it.

One example of this is a product called ComplianceHR, a joint venture with US law firm Littler Mendelson. The software assists human resources professionals in looking at data and evaluating concepts like independent contractor status, overtime exemption, or other employment law issues.

All of ComplianceHR’s applications leverage Neota Logic’s platform decision trees, weighted factor analysis, if/then series, logic tests and other complex reasoning to assess risk based on questionnaire answers. On top of this, Littler’s in-depth analysis of statutes, regulations and case law in all U.S. jurisdictions keeps the law current. The platform offers easy maintenance to support future changes to law and allows ComplianceHR to create question flows, logic and prioritization that can include any number of scenarios.

In a further example, another US law firm, Foley & Lardner, uses expert systems technology to power its Global Risk Solutions service, an “integrated Foreign Corrupt Practices Act (FCPA) compliance solution that addresses each of the ‘hallmarks’
of an effective anti-corruption compliance program identified” by regulatory authorities.

The due diligence task, the tackling of vast piles of documents on a merger or as part of a litigation discovery process, is the epitome of the repetitive tasks that eat up vast amounts of adviser time in legal transactions. Neota is involved in a joint venture with RAVN Systems, another technology business, on a product called Intelligent Contract review. RAVN, as the machine learning data extraction tool combines with Neota Logic, as the intelligent decisioning and reasoning system and HighQ, as the collaboration and presentation platform.

In these types of collaborations or joint-ventures, Neota is using the expertise or knowledge of the law firm and applying that knowledge to specific datasets allowing for decisions to be made much faster than previously. But as Seabrook himself says “We are really just scratching the surface of what is possible at the moment.” There are other projects where you can see the next steps being taken.

“We have a few projects where the next step is being taken in terms of moving towards digital law. One example is where a major investment bank engaged a law firm to embed all its institutional and legal knowledge into our software which the bank then relies on for regulatory compliance checking. The legal checks run within the bank’s clearance systems without any human interface. Ongoing, the law firm’s role is to maintain the software rules.” Instead of updating or investigating the changing legal rules and alerting its client base, the law firm is just amending the rules set on which its advice is based and the client runs the system itself.

In Financial Services organisations, the time needed to make compliance decisions for regulatory purposes, or rather decisions which then need to be ratified by a compliance function, can mean the difference between winning a contract and losing a contract. Cognitive technologies, like those offered by Neota Logic, offer speed as well as accuracy. As Michael Mills, co-founder of Neota puts it, “Big companies face ever-growing regulatory and operational complexity, for which traditional legal services on the medieval master craftsman model are simply inadequate.”