In response to patent offices in Europe and the US denying patents for inventions by AI, David Brinck of EIP argues that the need for a change in the law is pressing 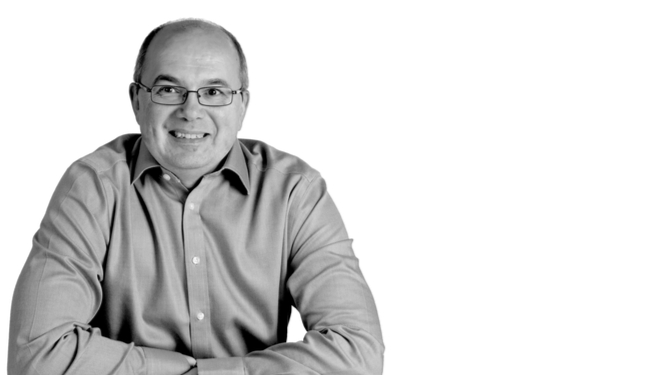 DABUS (Device for the Autonomous Bootstrapping of Unified Sentience) was developed by Stephen Thaler with the aim of conceiving new inventions and art forms. DABUS employs an array of neural modules to conceive ideas and to assess the merit of those ideas. Patent applications were filed for two of these ideas, a fractal container having a profile that is stated to allow multiple containers to be coupled together and to improve grip, and a neural flame that provides a uniquely identifiable signal beacon.

The UK Intellectual Property Office (UKIPO), the European Patent Office (EPO) and the US Patent and Trademark Office (USPTO) all raised a formal objection to DABUS being named as the inventor. It is important to note that the objection was not primarily concerned with whether DABUS was the inventor. The objection was simply that DABUS could not be named as an inventor because DABUS was not a natural person.

The UKIPO Decision1 states: “To be clear, the Office explicitly accepts that DABUS created the inventions set out in the two applications.” A concern raised in the UK Decision is that there is no legal mechanism by which the right to apply for patent protection could be transferred from DABUS to a person, whether natural or legal, and therefore no-one has the right to apply
for a patent. The UKIPO Decision further goes on to say:

“Given the clear statements provided by the applicant which indicate that the inventor is in fact an AI machine, it seems that it will be almost impossible to demonstrate that the actual devisor of the invention was in fact a person, as opposed to DABUS.”

Following this reasoning, it would essentially be impossible for patents to be granted to inventions created by DABUS, or any other AI entity, even if those inventions satisfied all the substantive requirements for patentability.

The EPO Decision2 notes that the EPO Boards of Appeal have not addressed whether an entity other than a legal person can be recognised as an inventor, but refused the applications simply for not naming a natural person as an inventor, again also addressing the issue of entitlement to apply for patent protection.

The USPTO Decisions3 concentrate primarily on the presence of a legislative requirement for an inventor to be a natural person.

The implications of denying patents for inventions conceived by AI entities

Fundamentally, the rationale behind the grant of monopoly rights, such as patents, is that there is a public benefit to do so. The UKIPO Decision notes:

“The fundamental function of the patent system is to encourage innovation by granting time-limited monopolies in exchange for public disclosure.”

On this basis, the UKIPO Decision avers that an AI machine is unlikely to be motivated to innovate by the grant of a patent, and even suggests that “dissemination of innovation from an AI machine could occur freely in a number of ways such as via the Internet.”

Further, it is difficult to envision commercial corporations throughout the world disseminating innovation created by AI entities freely in a purely altruistic manner, as suggested in the UKIPO Decision.

An important role of patents is to provide protection for the investment to develop an invention into a commercial product. Consider, for example, a therapeutic drug. The regulatory procedure to bring a therapeutic drug onto the market is often extremely expensive, but if there is a patent covering the therapeutic drug then a corporation that invests in doing so knows that they will have the opportunity, for a limited amount of time, to get a return on that investment without having competition from others who have not undertaken the same expense. If, given the length of time the regulatory process takes, that limited amount of time is not long enough, supplementary protection is available in many jurisdictions, in recognition of the role that the monopoly has in encouraging corporations to invest to achieve regulatory approval of therapeutic drugs.

The use of AI in drug discovery is an area of active research. It can only be a matter of time before an AI identifies a drug for a therapeutic use in circumstances where it cannot be said that a natural person formulated or otherwise devised that particular discovery. It can also be expected that in future pharmaceutical litigation the entitlement to patent protection will be raised if an AI entity has been involved in the identification of the protected drug.

The ability of a patent to protect investment is also important for private individuals and start-ups. Anyone wishing to commercialise an idea who lacks the financial resources to do so will want to approach potential investors, regardless of whether that idea was invented by a natural person. By applying for patent protection for the idea, there is a safety net in discussions with potential investors. Furthermore, the existence of patent protection can reassure investors of the prospects of achieving a return on their investment.

The ability of start-up companies to enter, and disrupt, a commercial market is part of a vibrant economy. If, however, more and more ideas do not qualify for patent protection simply because they are created by AI entities, then this ability will be affected.

Another role of patents is as part of a framework for collaborative research between corporations. For example, the role of patents in the development of mobile telephone networks, which would never have proceeded at such great pace without the collaboration of several major telecommunications equipment manufacturers, cannot be overstated.

Are there negative implications to allowing patents for inventions conceived by AI entities?

Despite the rapid acceleration of technical development under the present patent system, there are those who believe that the patent system stifles, rather than encourages, innovation by discouraging competition. A scenario could be imagined in which a few major corporations use AI entities to churn out ideas which are then patented purely to impede potential competition, thereby stifling innovation. But is that realistic?

Achieving patent protection itself involves significant investment. Monopoly rights are serious matters and it is only befitting that the process to apply for patent protection is rigorous. And once patents are granted, in most countries there is the significant cost of periodic renewal fees to maintain those patents in force. For this purely economic reason, it is unlikely to be commercially viable to inundate the patent system simply to discourage competition.

Further, the patent system is not unfettered. Competition law can be a powerful regulator and in the event that there was excessive patenting purely to stifle competition, legal challenges under competition law will surely follow.

The need for legislation

The Decisions by the UKIPO, the EPO and the USPTO highlight that current patent legislation cannot deal with inventions created by AI entities. This forms part of a wider debate regarding the legal position of AI entities, for example determining who bears the legal responsibility of decisions made by an AI entity. DABUS has identified that, at least as far as the protection of inventions created by AI entities, this is no longer an academic debate but a live legal issue. The commercial implications of not addressing that issue will only become more and more serious as time passes.

It is submitted that to deny patent protection to an invention created by an AI entity, where a patent would have been granted to that invention if it had been created by a natural person, simply does not make sense. The most straightforward way to address this would be to introduce legislation regarding the ownership of technical innovation created by AI entities. Legislative measures to address the ownership of computer-generated artistic works for which no natural person can be identified as creator already exist, and there appears to be no good reason why similar legislative measures could not be put in place with regard to the ownership of computergenerated technical innovation for which no natural person can be identified as inventor.