A report by KPMG and Baker Mackenzie shows a positive response to virtual hearings from legal professionals, but also concerns with concentration and witness coaching 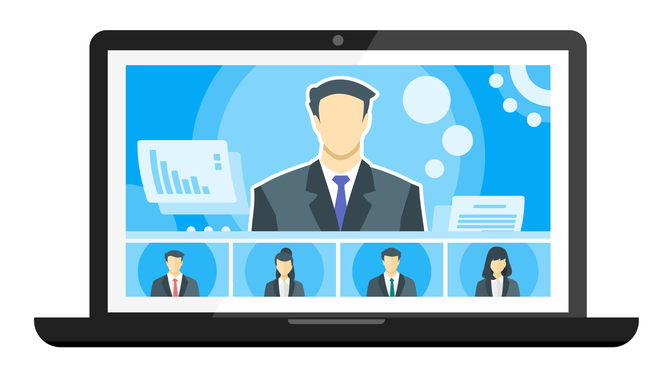 The Covid-19 pandemic has quickened the uptake of virtual hearings and mediations during 2020, with more than 85 percent of hearings before the Business and Property Courts held virtually during the UK’s first lockdown. The Ministry of Justice developed a cloud video platform for the judiciary following an interim period when Skype and Microsoft Teams were used after the pandemic triggered a two-week paralysis of the courts.

A joint report by KPMG and Baker Mackenzie has examined the responses of 250 private practice lawyers, judges, arbitrators, barristers and clients to these changes. The report focused primarily on users of the English civil and commercial courts and international arbitrations, though some respondents were based in other jurisdictions around the globe.

The results testify to the uptick in virtual hearings, with 71 percent of respondents having taken part in one since the onset of the pandemic compared to 44 percent having done so pre-Covid. The experience was positive for most, with two thirds rating it as ‘good’ or ‘excellent’ and only six percent finding it unsatisfactory.

A generally agreed advantage of virtual hearings over face-to-face is that they’re cheaper for the parties and have the added benefit of removing the need to travel to attend, though according to the report ‘there will remain times when face-to-face interaction will remain optimal, if not critical.’

Benjamin Newton, barrister at Doughty Street Chambers, said: “The success of virtual hearings is a silver lining of the pandemic – they are an invaluable resource and should be continued. Certain types of hearing do, however, lend themselves to being done with everyone in the room as there might be friction if some parties are on remote links, particularly in nuanced circumstances such as a complex sentencing hearing. Appearing physically in court to make your case while others appear remotely can amount to a tactical advantage.”

Over three quarters of respondents believed that virtual hearings should be used with discretion, by both the judiciary and the parties, on a case-by-case basis.

Within a single case, virtual hearings could feature in interim applications — for which around 70 percent of survey participants were in favour — with other stages requiring the physical presence of those involved. Only 16.8 percent were agreeable to attending final hearings virtually.

Looking to the future, 42 percent believed that the UK civil procedure rules will have to be amended to standardise the digital form of justice.

Henry Garfield, partner in the Baker McKenzie dispute resolution team, said: “I don’t think it will require many substantial rule changes because remote and telephone hearings have been around for some time and the rules required to enable them have largely been in place since the Civil Procedure Rules were introduced. More than 90 percent of the rules that you would need to make this happen day to day are already in place. Though some minor tweaks may be needed, we have been forced to have a year-long trial run and the results generally look pretty good.”

Though largely found to be ‘cost effective and efficient’, virtual hearings did raise some issues. Difficulties concentrating, or zoom fatigue, was cited by nearly half as a potential flaw if digital hearings continued. Additionally, 55 percent approved of ‘hybrid hearings’ — some witnesses physically present, other virtually so — though some hypothesize that such differing treatment of witnesses could amount to unfair or uneven practice.

Without witnesses present in the courtroom, it would be difficult to ensure they don’t have access to notes, that they were not being coached through online chat functions or had unauthorised persons in the room.

Roy Waligora, partner and head of investigations and corporates forensics at KPMG, said: “Virtual proceedings can save a lot of money, mainly in terms of logistics. While remote proceedings do give rise to concerns over potential interference, I expect that technology improvements will reduce risks, such as the removal of the chat function to preclude witness coaching and other issues.”

Newton added: “It has always been a concern that witnesses will be being coached by third parties, whether in breaks from giving physical testimony in court or via video link. The current climate of people using their own technology leads to a shortfall in procedural safeguards compared to what we usually have – with police officers being flown abroad to supervise remote testimony and the like. At the moment, you are trusting people to be alone and where they say they are and, although it’s an offence to record or retransmit testimony, it’s almost impossible to police these things.”

There are additional concerns that virtual hearings could deny litigants their ‘day in court’ and obstruct public observation of high profile cases (36.8 percent). The press currently has access to virtual hearings, though this may become unsatisfactory where there is a large amount of public interest.

The prospect of virtual mediation was not popular, despite results showing that it was believed to be more cost effective and efficient. This was attributed to the delicacy of mediation processes and the presence of any party in mediation being voluntary, contrary to hearings, which are court-ordered.

While many of the enforced changes to our lifestyle and the economy are likely to be reversed as soon as possible, it’s clear that virtual hearings are here to stay. However, key concerns with concentration and witness coaching need to be addressed and overall it seems unlikely that a remote forum will be suitable for all types of hearing and dispute resolution process.