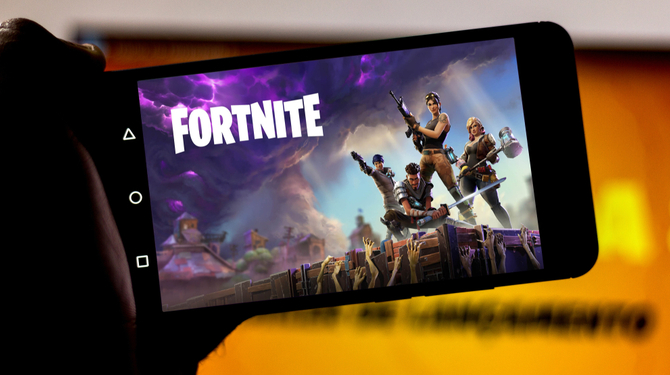 The UK Competition Appeal Tribunal has ruled that Epic Games, the makers of the cross-platform game Fortnite, will not be able to take Apple to court over disagreements about the game’s in-app purchase system.

Presiding Justice Roth was unconvinced that the UK was the “appropriate forum” for the requested proceedings between Epic and Apple.

Contrastingly, that Google’s presence in Ireland was directly involved in the disagreement caused Justice Roth to allow Epic to continue its efforts to bring the tech giant to court.

Justice Roth cited factors including the competency of the US courts in importing English law, the additional costs of holding similar trials in multiple jurisdictions and that the relevant subsidies of Apple, Epic and “virtually all factual witnesses” are based in the US.

The dispute began when Epic encouraged those who play Fortnite on Android and Apple devices to conduct in-app purchases on their own website. This prevented Google and Apple from collecting their usual 30 percent commission on these transactions.

Both Apple and Google responded by removing Fortnite from their online stores, after claiming that Epic had violated their terms of service for developers. Epic maintains that the way in which the app store owners leverage such commissions is anti-competitive.

In a statement following the verdict, Epic highlighted that the tribunal deemed Google’s and Apple’s app store protocols as “serious issues to be tried” and that that they likely have an “immediate and substantial effect in the UK.”

Epic said: “We are unwavering in our commitment to stopping Apple and Google’s anti-competitive practices and will continue to fight for fairer app distribution globally.”

Epic is the first game developer to resist the 30 percent commission rate and had planned lawsuits before it bypassed the commission structures of the two tech giants.

In the UK, Epic received over $20m from sales of in-app content on Apple devices, compared with just over $3m from Android smartphones and tablets.

Epic’s main target is Apple and it has previously announced it intends to fight Apple’s “app store monopoly.” Epic said that it would reconsider pursuing Apple in the UK after its parallel lawsuit in California – a bench trial for which is scheduled to begin in May – has concluded.

Epic also filed a further antitrust complaint against apple in the EU on 17 February.

Mark Ashelford, partner and head of the digital and social media group at Russells, said: “Epic have deliberately made this a high-profile case to pile pressure on Apple, likely so as to renegotiate the 30 percent rate of commission. Apple’s promise to halve the rate of commission for smaller developers seems similarly timed to pull public sympathy their way. For Apple to be held to account they will have to be shown to abuse their market position, though that market must first be properly defined.”

“It’s highly probable that these cases will be settled out of court and that unfortunately justice for consumers will not be served on this issue. Hopefully the EU will hold on to their promise to address antitrust issues properly, while I fear the debate has become too politicised in the US for this to eventualise there.”

Apple is facing increasing scrutiny from companies such as Epic and Facebook, which criticize the firm’s insular product ecosystem that ‘locks in’ consumers.

The action that Epic attempted to bring in the UK indites Apple for abuse of a dominant market position contrary to section 18 of the Competition Act 1998 and Article 102 TFEU.

It alleged that the ‘restrictive terms’ included in Apple’s Developer Program License Agreement (DPLA) are anticompetitive. Bypassing Apple with the installation of a direct payment option violated the DPLA.

Epic passed on most of the price reduction to its customers, offering a 20 percent discount on all products.