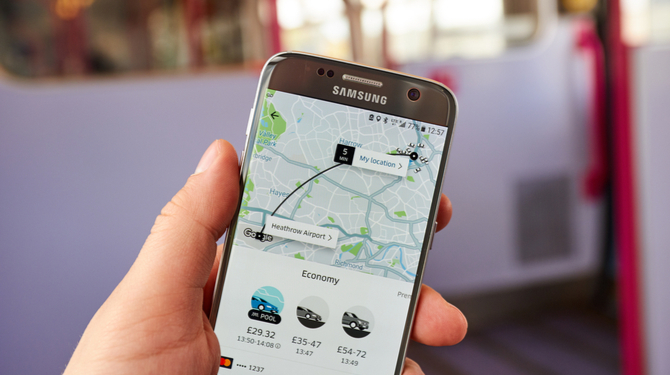 Uber has lost a landmark case in the UK Supreme Court, which has ruled that the drivers who brought the claim are workers rather than self-employed and are therefore entitled to minimum wage and holiday pay.

Although the decision in Uber BV v Aslam will only apply directly to the 25 drivers who brought the claim, it sets a precedent for Uber’s thousands of drivers across the UK as well as the millions who work in the country’s wider gig economy.

The case was first heard in October 2016, when the Employment Tribunal ruled in favour of former Uber drivers Yaseen Aslam and James Farrar; Uber appealed against the tribunal’s decision but lost at the Employment Appeal Tribunal in 2017 and again at the Court of Appeal the following year. Last Friday’s result represents the last word, as the UK’s Supreme Court has final authority on legal matters.

According to the court, the Uber drivers that brought the case were workers rather than independent contractors because their work was "very tightly defined and controlled by Uber.”

The judges cited that it’s Uber, rather than the drivers, that sets the fare price, that it imposes contracts and terms of service over which drivers have no say and that it can penalise drivers for refusing too many trips among the reasons for their ruling.

The outcome of this case can be viewed as an achievement for those working in the gig economies, who have not had the same protections offered to those classed as employees. The Supreme Court’s decision appears to be a step toward recognising the incompatibilities between established labour laws and the gig economy that have plagued regulators across different jurisdictions.

Yvonne Gallagher, employment partner at Harbottle & Lewis, said: “In finding that Uber drivers are workers, the Supreme Court has focussed expressly on the vulnerability of those working in insecure roles with no real ability to negotiate their terms.

“This is a very rights-focussed approach which looks at underlying realities and the courts will not be distracted by provisions in contracts which do not reflect the reality of the working relationship.”

Gallagher believes the success of this case might “embolden” trade unions to fight for full employee status in the future for those in app-based roles.

Uber has long argued its position as an intermediary service used to link drivers and customers via their app. The company’s business model treated drivers as self-employed independent contractors, meaning Uber avoided paying the 20 percent VAT on trip fares charged to traditional transport companies. Uber now has to consider its drivers as ‘workers’ from the moment they log on to the app to when they log off. This change, coupled with the drivers’ entitlement to minimum wage and holiday pay, is set to leave the company with hefty additional costs.

“Often app platforms provide a low barrier of entry to work for individuals who want to return to the job market,” he said.

“This is a force for good, supporting wage earners by creating opportunities, including through flexibility of work. But as a society we have also said that our working citizens must have minimum social protections to encourage and safeguard their economic participation in our communities.”

As the gig economy grows, lawmakers will continue to be tested by the new employment parameters created by companies sharing similar business models to Uber. Alan Lewis, partner at Constantine Law, says the Supreme Court’s ruling “adds to the weight of judicial authority” and underscores decreasing reliance on written contractual terms when it comes to the status of gig economy workers.