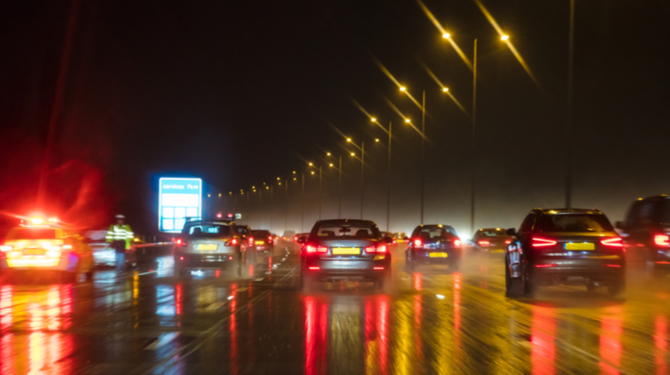 The British government has issued a call for evidence into automated lane keeping systems (ALKS) that could result in drivers being legally allowed to take their hands off the wheel on motorways by spring next year.

The Department for Transport (DfT) says ALKS will enable vehicles to control themselves for extended periods and has mooted taking advantage of Brexit to allow hands-free driving at speeds of up to 70mph – nearly double the limit of 37mph (60 km/h) stipulated by the United Nations Economic Commission for Europe (UNECE).

UNECE greenlit a regulatory framework on 24 June for ALKS to be allowed in slow-moving traffic from 1 January. While the consultation document says the UK will continue to participate in UNECE, it also flags the opportunity to go ‘further and faster’ when it becomes an independent member after the transition period ends on 31 December.

Grant Shapps, secretary of state for transport, said: “I want the UK to be the first country to see these benefits [of AVs] and to encourage manufacturers to deploy this transformative technology on our roads by delivering the right environment for it to thrive.”

The UNECE agreement covers conditions of ALKS activation, delineates how a ‘transition demand’ (for a driver to resume control) should originate and initiate, and when emergency procedures such as full braking, gradual braking and lateral movement within a lane should occur.

The UK government prepared the way for allowing autonomous vehicles (AVs) on the roads with the passing of the Automated and Electric Vehicles Act 2018 (AEVA), under which victims of a collision involving an AV will receive compensation from the vehicle’s insurer in the same way as they would from the insurer of a conventional vehicle.

The call for evidence proposes two tests to determine whether cars deploying ALKS technology should be considered autonomous and therefore fall under the AEVA regime.

The monitoring test outlines the requirements a vehicle must meet to be considered autonomous and includes compliance with road traffic rules and avoiding collisions ‘a careful driver could avoid’, while the control test defines the period when ‘a vehicle is not being “controlled” by an individual’.

Osborne Clarke partner Marcus Vass, who is a member of its connected autonomous vehicles group, said the opportunities for manufacturers to deploy automated technology were “game changing” despite significant outstanding questions for manufacturers and software suppliers over their liability when cars are in autonomous driving mode.

Fellow Osborne Clarke partner Edward Barrat added: “The level of functionality to allow drivers to be ‘hands off, eyes off’ safely is very high and manufacturers will need to be very confident in their products to take on this degree of liability.

“Drivers will also need to be confident that they will not be held to be in control of the vehicle and liable in the case of an incident. There are particular issues when switching between human drivers and automated modes. The expectations on drivers and manufacturers need to be really clear.”

The consultation document says that when ALKS is in operation vehicles must comply with all relevant road traffic rules. It warns: ‘Whilst compliance with some road traffic rules will be objective and simple to determine, other rules may be more challenging for an automated system to comply with. This is either because of technical capability or because compliance is more subject to interpretation.’

Regarding transition demands, the document reads: ‘Should the driver fail to respond to the transition demand – and is not
incapacitated – the Motorway Traffic Regulations would still apply, with the driver being potentially guilty of this offence. We propose to limit the scope of the exemption from the Motorway Traffic Regulations so that it covers only unjustified stops while the system is activated.’

The document also seeks views on how the regulations relating to infotainment systems should be changed given that manufacturers will ‘wish to enable the driver to perform activities other than driving through the infotainment system. This could include activities like watching a film, checking emails or SMS, or accessing other audio, video or written content.’

Responses to this call for evidence will inform a review of the legal framework for AVs being undertaken by the Law Commission for England and Wales and the Scottish Law Commission, which is due to complete in 2021.