Previously, the Turkish government has attempted to field foreign-made UAV systems, without any success. At the end of September, reports surfaced that as many as six Kurdistan Workers’ Party (PKK) terrorists were neutralised by a Turkish UAV, in the town of Yüksekova in the south east of the country. 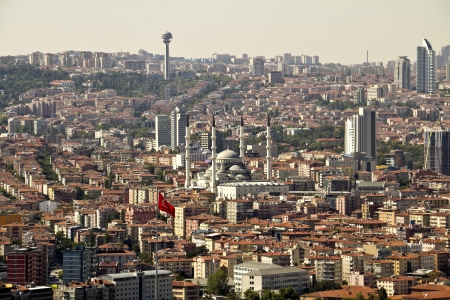 This incident marks Turkey as becoming the sixth nation to develop and field indigenous armed UAV systems, after China, Iran Israel, Pakistan and the U.S. Turkey has been launching operations against PKK in south east Turkey and northern Iraq since July 2015. In October, Firki Isik, the Turkish defence minister, confirmed that 72 PKK terrorists had been killed in the Hakkari region over a two month period, which was the first official government confirmation that armed UAVs were being used.

Previous attempts to procure armed drones have met with failure, from disappointment at the performance of a series of Israeli Herons in the early 2000s, and a request for General Atomics MQ-9 Reaper failed to meet US State Department approvals. Since May this year, Turkey has instead decided to go down the indigenous route and has now demonstrated a successful deployment.

The PKK is recognised as a terrorist organisation by Turkey, the U.S. and the EU.