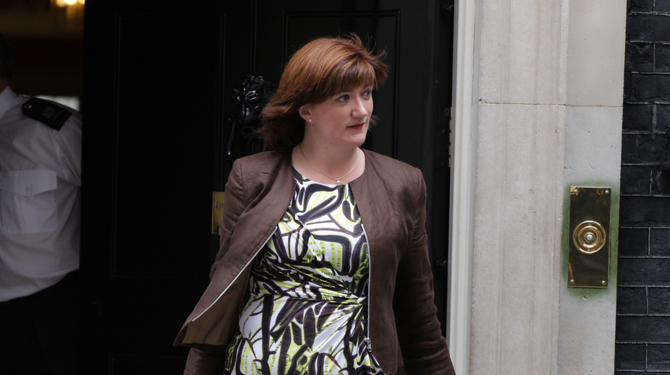 Travers Smith has hired former UK cabinet minister Baroness Nicky Morgan as a consultant as it looks to raise its profile as a technology law specialist.

Morgan is expected to spend the equivalent of two days a month working with the technology group at the London-based firm. She will draw on her experience as secretary of state for digital, culture, media and sport from July 2019 to February 2020, where she led on internet regulation and oversaw the creation and communication of the department's digital and tech strategy.

The move reunites her with the firm; she spent eight years there as a professional support lawyer while building her political career prior to her election to parliament in 2010.

M&A and equity capital markets specialist Andrew Gillen, one of the lead partners in the firm’s cross-disciplinary technology group, said he had kept in touch with Morgan during her time as an MP and that her elevation to the House of Lords meant she now had time to become an adviser.

The move coincides with a review by the firm into how it can become better known in the London market for its technology work, which spans M&A, data protection, regulatory law and litigation.

“When you look at our expertise, we feel that we’re not getting the recognition that we deserve when compared to other firms which are regarded in the market as being tech firms,” said Gillen. “So we are reviewing how we promote our technology services so that when a technology company is looking for an adviser it immediately thinks of us.”

In recent years a number of law firms have successfully shifted their marketing away from promoting their practice area expertise towards specific sectors, with the UK’s Field Fisher and Taylor Wessing and US firm Orrick among those that badge themselves as technology specialists.

A key building block of the firm’s technology portfolio is work centred on London’s thriving fintech sector. It has acted for clients including Micro Focus, Auto Trader, Zoopla and Ebury on M&A transactions, while on the regulatory side it can point to a track record advising operators of UK retail payment systems.

The ten-month trial concluded in January 2020 with the judgment pending.

During her time as an MP and minister, Morgan became one of the Conservative Party’s most prominent figures and was widely regarded as a potential leader. Senior roles included two years as education secretary and a spell as the first, and to date only, woman chair of the Treasury Select Committee.

However, Travers Smith senior partner Kathleen Russ was most keen to flag her “her in-depth understanding of the technology sector and knowledge of the current policy and political landscape”.

In recent years, that landscape has become distinctly tech-friendly, the last Conservative government under Theresa May having set itself the ‘grand challenge’ of putting the UK at the forefront of the AI and data revolution.

Gillen said: “Technology is one of the areas that the UK government is putting a heavy focus on as an area for investment and growth and London is one of the hubs positioning itself as a centre of excellence.”

The UK's drive to become a world leader in advanced technologies