A pilot at Parafield Airport called police after reporting that he believed a drone collided with the plane he was flying. The Australian Transport Safety Bureau (ATSB) has launched an investigation. 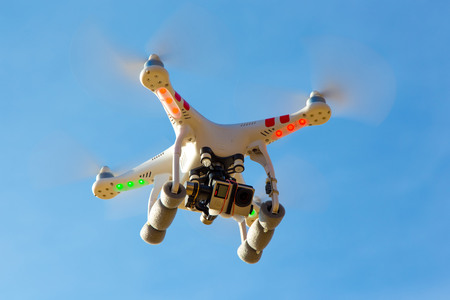 The plane managed to land safely but the ATSB states that the plane suffered minor damage to the right wing. A search of the ground area beneath the flight path has not turned up anything. The investigation will continue, along with an interview of the pilot, who is an instructor from the Flight Training Adelaide aviation school, based at Parafield airport, north of Adelaide. He initially thought it might have been a bird, but when no trace of blood was found, his thoughts turned to drones.

The Civil Aviation Safety Authority (CASA) has warned of the dangers of flying drones near airports, with a no-fly zone of 5.5km extended around controlled aerodromes. The fines for improper use of drones range from $900 to $9,000 and it has urged operators of drones to follow the rules and act responsibly.

If the investigation should find that a drone was indeed involved in the incident, it would be the first confirmed drone collision in Australia.