A robot journalist in China has written its debut article, showing how automation can hit every sector. 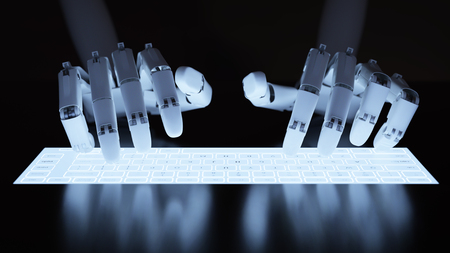 The article was 300 characters long, published in Guangzhou-based Southern Metropolis Daily, and concerned the Spring festival travel rush. Xiao Nan, the robot author, took one second to write the article, and Professor Wan Xiaojun claims that it is capable of writing longer pieces as well.

Fears over automation are sure to surface in the wake of this news, not just in China, as the reality of robot authors moves closer. Traditionally, it was seen that only jobs such as heavy factory work were at risk of automation, but recently AI has improved to a level where journalists, film makers, artists, even lawyers will have their jobs interrupted by the new robot industrial revolution.

This is still some distance away, however, as robots are at present, best used as a supplement to human jobs, according to Prof. Wan Xiaojun. In the case of journalism, data analysis and the speed at which it can do it is of great help to human writers, who can instead devote their time to the “larger picture”, as it were. The Robotics Law Journal has previously looked at how automation is affecting the legal world and AIs that can act as as an efficient paralegal to aid the lawyer, rather than replace them.

Advantages of a robot journalist:

This news story was written by a human.