Mini Drones Could be Set to Aid Pollination

In the face of declining bee populations and possible extinction, mini drones coated in a sticky gel could be employed to fulfil their pollination duties. 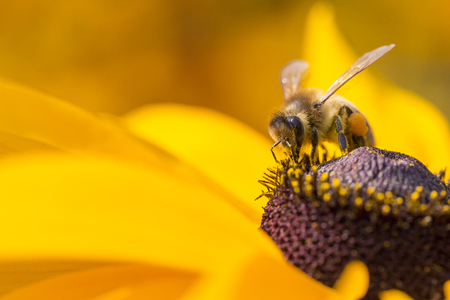 It is estimated that approximately 75% of the world’s flowering plants and 35% of the world’s food crops rely on animals to pollinate them, bees being the most prolific of those animals. Bees have recently been listed as endangered in the US, with their populations declining the world over, providing a real cause for concern.

Researchers in Japan from the Nanomaterials Research Institute in the National Institute of Advanced Industrial Science and Technology claim that they have begun the process of creating robots that could assist bees and take the pressure off of them. A sticky gel that can be applied to a micro drone to allow them to pick up and transport pollen is the real innovation, and was discovered by accident. Initially created in an experiment eight years ago to create an electricity conducting liquid, it was deemed a failure, and was then shelved and forgotten about. But recently it was rediscovered and found to have not dried out in all that time, giving one of the researchers, Miyako, the idea for a potential application.

The researchers initially tested the gel on ants, showing that those applied with the gel picked up far more pollen than their counterparts. They made the switch to robots, realising the difficulties inherent in attempting to modify living organisms with the gel. In order to simulate the fuzziness of a bee, which is noted to aid pick up of pollen, a patch of horsehair was added to the drone, to which the gel was then applied. Drones with the gel and hair recorded a 37% success rate compared to 0% for the drones without.

The current limitations of the drones is the difficulty of manual control, with a likely future development being improved GPS and AI to control them autonomously. To be used on a wide-scale the price of each drone would need to significantly lower, and its current three-minute battery life would need to increase, but Miyako is confident that these obstacles will be overcome.