Level Three Automation Could Be Skipped

As testing of autonomous vehicles progresses, increasing the level of autonomy has raised its own unique problem: human safety engineers are falling asleep at the wheel. 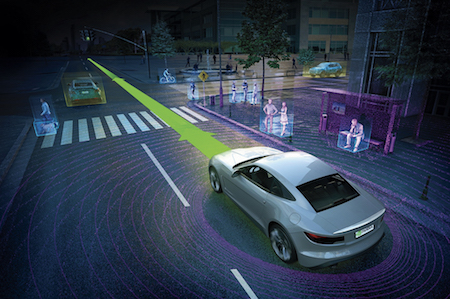 Ford has found that during testing of its self-driving fleet of vehicles, the humans in the car – installed as supervisors able to take control if necessary – are losing “situational awareness” as Ford’s development chief Raj Nair puts it. This is the case when employing alarm bells and lights to keep the engineers alert, even secondary engineers.

The automaker wants to take humans entirely out of the equation by removing all steering wheels and pedals from its vehicles by 2021, which has sparked a fresh debate about the best way to approach Level 3 autonomy, or if Level 3 should exist at all.

Level 3 autonomy is referred to as “conditional automation” defined by the human driver needing to be present to respond to the vehicle’s requests and intervene when necessary. Level 0 requires constant human attention and Level 5 requires no assistance from humans at all.

Next year, BMW, Mercedes-Benz, and Audi all plan to introduce Level 3 vehicles next year that require human intervention within 10 seconds, or the vehicle will slow to a stop in its lane. Nissan and Honda have systems prepared to allow the driver 30 seconds to react and re-engage the vehicle or it will pull to the side of the road and stop.

Volvo, meanwhile, have conducted research that shows that humans need a full two minutes before they are able to properly react and take back control, which they say rules out Level 3 as being feasible. Ford looks set to join Google and Waymo, which conducted similar research to Volvo, in planning to skip Level 3 automation altogether.