In 2015, the issue of a non-human claiming copyright ownership erupted across the world when PETA (People for the Ethical Treatment of Animals) launched a lawsuit against a photographer for the rights to a “monkey selfie”. Now, a US court has ruled that only humans can own copyright. 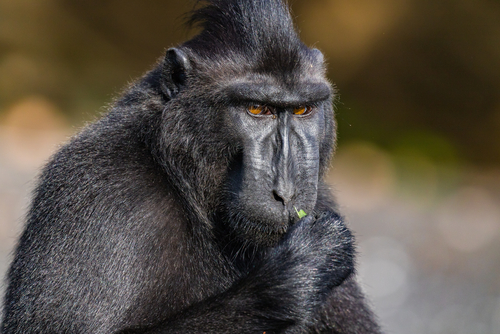 Naruto, the Indonesia crested Macaque at the centre of the debate, wandered over to a camera set up by wildlife photographer David Slater, and took a picture of his own face. Slater had been photographing and exploring the Indonesian forest, getting to know the monkeys and taking pictures to help attract attention for conservation work, and he wanted to get a shot of a macaque full in the face. In the end, he had to let the monkey take over in order to get the shot, but the result spoke for itself, and the image went viral.

In 2015, PETA then sued Slater, trying to claim ownership over the photograph, claiming that it was representing Naruto under “next friend” status. PETA asked for control of all proceeds from the photo, stating that it would use the money to help in conservation efforts for macaques. This sounds like a worthy cause, but Slater fought the case on the grounds of protecting his right to make a living, citing the diminishing returns of photographers due to increased piracy online. In September 2017, Slater and PETA settled out of court, with the result that Slater could retain the copyright on the condition that he donates 25% of the proceedings to organisations in Indonesia that protect crested macaques. So Naruto got some help after all.

Both Slater and PETA requested that the Ninth US Circuit Court of Appeals dismiss the case, but it went on ahead, and has released a 41-page ruling, stating that because Naruto is not human, the law doesn’t apply to him. The full ruling can be read here.

While this might seem quite trivial, it does set a precedent about copyright ownership. AI can already create music – we even interviewed DadaBots about their AI-powered black metal album  – write journalistic stories (not this one though!), start to write books and other creative ventures. Pretty soon, the issue of who owns a robot-created piece of art, or an invention is going to be of extreme importance. Should it be the owner of the creative machine, the designer, the user, or the robot itself?

AI is likely to fall somewhere between humans and other animals in legal terms, but the specific language of this ruling stating that a “non-human” can’t own copyright is significant and a potential roadblock for when an AI makes a case for owning its own creation. Would the level of its consciousness matter in that instance? And how would that be measured? These future legal questions can be better answered by setting down legal rulings in the present.