The lawsuit, lodged in December by 10 Republican-led states, accuses the tech giant of breaking consumer protection and antitrust laws 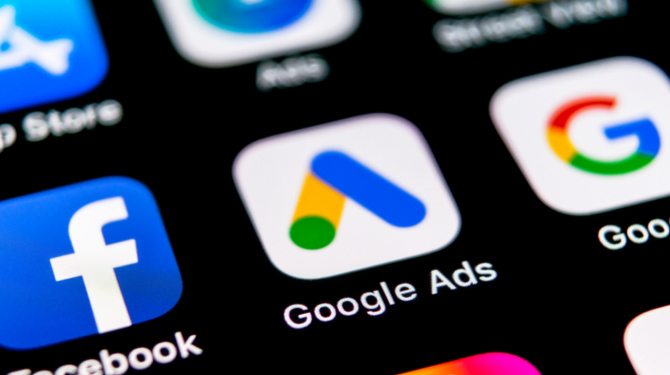 A coalition of 10 US State attorneys-general led by Texas’ Ken Paxton has filed a lawsuit against Google that accuses the tech giant of anti-competitive behaviour in digital advertising markets.

The legal complaint is the result of more than a year’s worth of civil investigative demands, a type of pre-complaint administrative subpoena, in which Google employees and third parties were questioned.

Google’s advertising revenue was nearly $101 billion in the first nine months of 2020 — 86% of total revenue.

Google and Facebook agreed to “cooperate and assist each other in responding to any Antitrust Action” and “promptly and fully inform the Other Party of any Governmental Communication Related to the Agreement,” reported the The Wall Street Journal after reviewing an unredacted draft copy of the lawsuit.

Paxton commented: “Google is a trillion-dollar monopoly brazenly abusing its monopolistic power, going so far as to induce senior Facebook executives to agree to a contractual scheme that undermines the heart of competitive process. In this advertising monopoly on an electronically traded market, Google is essentially trading on ‘insider information’ by acting as the pitcher, catcher, batter and umpire, all at the same time.”

Paxton, a former Republican Texas state senator, has been under indictment for over five years on securities fraud charges but is yet to stand trial. He also attempted to overturn the results of the 2020 US presidential election in several states, but this was rejected by the US Supreme Court.

Google, among other big tech companies, has recently faced a number of lawsuits in the US and Europe, provoking questions as to how some corporations have been allowed to develop such entrenched market positions.

“The school of thought propagated by scholars at the University of Chicago in the 1980’s, that markets would self-correct in the face of monopolies, was extremely influential and changed the way antitrust is enforced. Furthermore, monopolists fund conferences, journals, lobbyists and ‘research’, to promote those ideas – to their absolute advantage.”

An antitrust lawsuit was filed by the US Department of Justice (DoJ) in October for perpetrating a monopoly through its search services, followed by a bipartisan coalition of states in mid-December that builds on the DoJ’s accusations with allegations of discrimination against vertical search providers such as Yelp or Trip Advisor.

Both of those cases are grounded on section two of the Sherman Act, which covers the construction a monopoly, and must show that the accused companies deployed anticompetitive tactics to instil itself as the dominant player in the market. The case led by Texas arises from an alleged violation of section one of the Sherman act, which prohibits a contract or agreement between two or more companies that restricts trade in the market.

It has provoked comparison to antitrust charges brought against Microsoft in a trial in 1998, after the tech giant caused the collapse of rival Netscape by providing its own web browser for free. The verdict ruled that Microsoft would be broken up into two companies, one for software and the other for hardware, though this was successfully appealed and Microsoft simply ordered to share computing interfaces with competitors.

A key difference in this case is that Google’s services have always been fiscally free for consumers. Consumers yield their personal information as payment for Google’s services, which are then used in the booming-but-hidden online advertising market.

Online publishers sell their advertising spaces (or “inventory”) to advertisers through ad marketplaces. The volume of the inventory corresponds with the amount of visitors a website will receive. Ads can be sold directly to advertisers, or indirectly through centralised electronic trading venues (“ad exchanges”). Ad exchanges are meant for very large publishers, with smaller publishers using “ad networks”.

Indirect sales occur in real-time auctions through ad exchanges. When a consumer visits a website, advertisers will bid to advertise to that consumer based on their compatibility with the advertiser’s target audience. A user’s personal information is used in the auction to calculate this compatibility.

Each user is labelled with a unique user ID to collate information based on their preferences as a consumer. The user ID is also vital for ad campaign billing models such as cost-per-conversion models when advertisers are charged only when consumers click on their ads.

The lawsuit alleges that “Google possesses monopoly power in each of these distinct markets”.

On the sell-side, Google’s ad server, the Google Ad Manager (GAM) controls 90% of this product market in the US. Google originally bought the server from DoubleClick in 2008.

On the buy-side, Google operates the largest ad-buying tools for large and small advertisers, DV360 and Google Ads respectively. Google built the former from its acquisition of DSP Invite Media in 2010. Both platforms charge commission to purchase inventory from exchanges.

In terms of marketplaces, Google AdX exchange, the leading exchange, is only open to publishers that have at least five million page views and 10 million ad impressions per month. Google’s exchange fees are a percentage of each transaction. Though the exact percentage was redacted from the lawsuit, it is “double to quadruple” that of its closest competitors. Smaller publishers who do not qualify for Google AdX or are selling different types of ad spaces must use networks instead of exchanges. The Google Display Network (GDN) is the leading display network. Google’s AdMob, a network which sells in-app advertising, is also the leading mobile network.

As the ad server inventories ad spaces in complex, real-time processes, it obscures comprehension of the exact nature of transactions. According to the lawsuit, “digital advertising markets are at least as complex as the most sophisticated financial markets in the world”.

The agreement with Facebook revolved around header bidding. When Facebook announced it would support header bidding on its ad marketplace, Facebook Audience Network (FAN), Google reached out to address this threat to its market position. An agreement was made: Facebook dropped its involvement in header bidding in return for “information, speed, and other advantages” in the auctions that Google runs for mobile app inventory in the US. According to The Wall Street Journal, this operation was codenamed “Jedi Blue”.

The result of the lawsuit is likely to be affected by President-elect Joe Biden’s selection of an attorney general and top antitrust regulators when he assumes office. It is possible that the lawsuits currently facing Google could merge if state attorney generals partner with the DoJ.

Drastic reform is expected as opposed to simple financial penalties. Nebraska attorney general Doug Peterson commented: “Fines are like kicking gorillas in the shin. We fortunately have remedies that are much broader in scope.”

Professor Morton said: “Following the Democrat victories in Georgia, I expect a new antitrust law; an additional Act to the Sherman Act and the Clayton Act. There seems to be substantial Republican support for many of the reforms recommended in the House Judiciary Committee’s report on digital platforms. I believe the Senate would approve a new antitrust law that intensifies the laws we have already, with a particular focus on enforcement and resources.”

The House Judiciary Subcommittee is working on new bills to update antitrust laws after filing a 450-page antitrust report in early October. The Sherman Act and the Clayton Act, which were passed in 1890 and 1914 respectively.

The Office of the Attorney General has hired Lanier Law Firm and Keller Lenkner to aid the State of Texas in its claims against Google.