EC ‘no option’ but to approve Google’s acquisition of Fitbit

The European Commission did not have a strong enough case within existing anti-competitive legal frameworks to block the $2.1bn merger, despite widespread condemnation from consumer rights groups 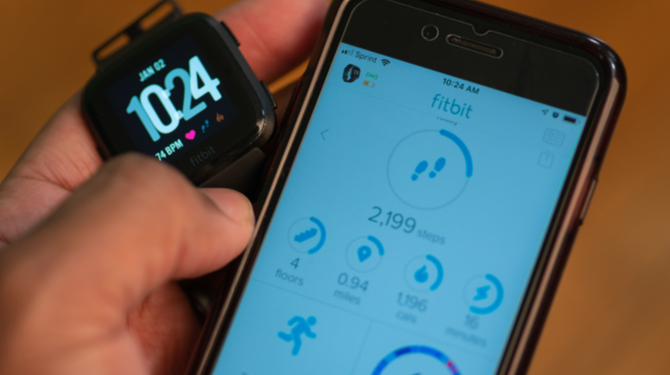 Google’s move to purchase Fitbit was met with a joint statement from 20 consumer rights groups sharing concerns that Fitbit’s data would cement the tech giant’s lead in online advertising. They additionally argued the acquisition would pave the way for Google to limit interoperability between the Android smartphone operating system and competitors’ wearables, and discontinue the access to Fitbit’s Web API that market players currently use to provide services to Fitbit users in exchange for their data.

Amnesty International also voiced its opposition to the deal in an open letter to Margrethe Vestager, EC commissioner for competition, on the grounds that the health data gained from purchasing Fitbit would add to Google’s ‘surveillance-based business model’.

After the EC took almost the maximum time allowed to conduct its investigation into the proposed merger, it greenlit the process on December 17. Margrethe Vestager said: “We can approve the proposed acquisition of Fitbit by Google because the commitments will ensure that the market for wearables and the nascent digital health space will remain open and competitive.”

The approval given by the EC’s Directorate-General for Competition means that a pending decision – expected by 25 March - from the Australian Competition and Consumer Commission (ACCC) is the only obstacle to the deal’s completion worldwide, with many expecting the US Department of Justice’s antitrust division to follow South Africa and the EU in approving the deal.

ACCC Chair Rod Sims said: “The ACCC continues to have concerns that Google’s acquisition of Fitbit may result in Fitbit’s rivals, other than Apple, being squeezed out of the wearables market, as they are reliant on Google’s Android system and other Google services to make their devices work effectively.”

Though Fitbit possesses the health data of 27m individuals, it is only the fifth largest wearables company in terms of shipments with a 2.6% market share, according to a March 2020 IDC report. The biggest distributors of wearable devices, by descending market share, are Apple, Xiaomi, Huawei and Samsung

The actions of the Directorate-General for Competition, the body responsible for implementing competition policy for the EU, will have been limited by the fact that Fitbit is a relatively small player in the wearables market and the merger doesn’t fall within a vertical or horizontal market, but rather is a conglomerate acquisition.

Douglas Lahnborg, partner at Orrick, Herrington & Sutcliffe, said: “Google’s dominance across multiple markets goes well beyond the remit of the EC on this matter. Within the scope of this investigation, the EC carried out an in-depth investigation before issuing remedies for an unprecedented length of time; a possible 20 years. The remedies will be challenging to monitor given the fast moving nature of these technologies and Google’s many touch points across markets. As with any remedy package, the Commission will have considered its exposure to an appeal to the EU courts in Luxembourg should it have prohibited the deal or pushed for more far-reaching remedies.”

The court-enforceable commitments, pursuant to Article 8(2) and 10(2) of Council Regulation (EC) No 139/2004, address the threefold concerns voiced by consumer rights groups in their letter.

Google has addressed the concerns that it will use health data to conduct online advertising by pledging to maintain a ‘technical structure for data storage consisting of auditable technical and process controls.’ An auditable and logged access permissions system will apply to Google personnel and services that require access to the data.

Subject to user consent, Google has committed to maintaining free access to users of the Fitbit Web API as long as the existing privacy and security requirements are not breached.

The trustee, an individual, will have ‘far-reaching competences, including access to Google’s records, personnel, facilities or technical information’ to oversee Google’s adherence to its commitments. They will be proposed and remunerated by Google, though they will be ratified by, and report to, the Directorate-General.

A source familiar with the matter said it will most likely be an individual from a high-profile accounting firm, though they ruled out the Big Four.

Agustín Reyna, director of legal and economic affairs at The European Consumer Organisation (BEUC) – one of the 19 signatories – said: “I am skeptical of the efficiency of a monitoring trustee in ensuring Google’s compliance with the remedies due to extraordinarily complex data separation procedures. We know very little about how data silos can be implemented in practice and leaving that in the hands of Google is simply too risky. Furthermore, I am surprised the European Data Protection Board was not made use of to guarantee that any data remedy would ensure consistency with EU data protection rules.”

Reyna went on to say that the Directorate General had taken a narrow and overly safe approach when assessing this merger, ignoring the recommendations of consumer organisations, digital rights groups and economists. Even the three special advisers to competition commissioner Margrethe Vestager in their report Competition Policy for the Digital Era highlighted the need to carefully assess acquisitions involving data resources, as they can “bring about a concentration in control over valuable and non-replicable data resources and result in better data access for the merging parties than for their competitors”.

“EC instruments, such as guidelines and notices, should be adapted so they do things differently when it comes to tech companies. The incoming Digital Markets Acts and Digital Services Act amount to cures. Merger control should amount to prevention. We don’t need a revolution, but an evolution in the way we approach digital mergers in the EU,” he added.

The Digital Markets Act and Digital Services Act are currently under review by the European Union and are not expected within the next three years.