ZeniMax, Capcom and Bandai Namco are among those in hot water for geo-blocking video games, which prevented them being played outside certain EU countries 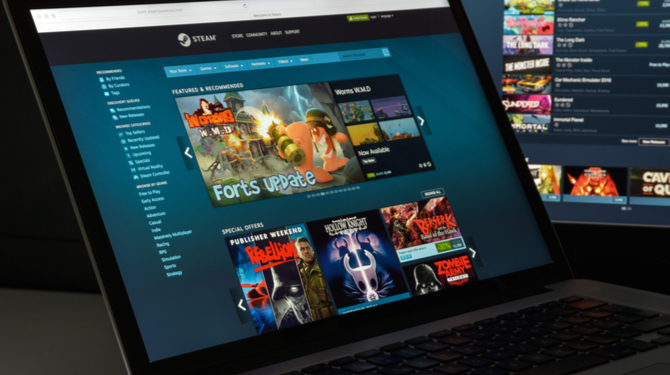 Shutterstock
The global gaming industry is worth more than the music and film industries combined, despite being the younger sector, and is predicted to reach revenue of over $US138bn in 2021. Steam has roughly 44,000 games for sale

The European Commission has issued penalties ranging from €340,000 to €2.9m to six video game publishers for undermining the single market by manipulating the availability of certain games.

Valve publishes its own video games such as the acclaimed Half-Life franchise, but also owns Steam, the largest PC gaming platform in the world.

Customers can buy games from Valve and other publishers directly from Steam. However, the centre of the investigation were the ‘activation keys’ that Valve gives to publishers, which gamers need for a number of games bought on channels other than Steam, i.e. DVD. After buying such a game, customers must confirm their activation key on Steam to authenticate the game and be able to play it.

The EC asserts that Valve and the other penalised publishers broke EU antitrust rules when they agreed to geo-block these activation keys, in a bid to prevent games priced more cheaply for less wealthy EU member states being activated elsewhere.

According to EU competition commissioner Margrethe Vestager, this prevented European gamers from “shopping around” for better deals in other member states and denied them the benefits of the EU’s Digital Single Market.

Valve agreed bilateral deals with the other publishers involved to issue keys that prohibited activation of games outside the Czech Republic, Poland, Hungary, Slovakia, Estonia, Latvia, Lithuania and in some cases Romania. Roughly 100 games were affected across genres including sport, simulation and action.

Vestager said: “Today's sanctions against the ‘geo-blocking’ practices of Valve and five PC video game publishers serve as a reminder that under EU competition law, companies are prohibited from contractually restricting cross-border sales.”

The fines were issued as a result of a wider, three-pronged investigation launched in February 2017 into companies suspected of partitioning the European Economic area (EEA).

Dr Laura Stammwitz, senior associate and competition law expert at Pinsent Masons said: "This investigation stems from the Commission's insights gained from its e-commerce sector inquiry back in 2016, which showed that almost 60 percent of the digital content providers surveyed have contractually agreed with rights holders to geo-block.”

As part of the investigation, businesses across hotel accommodation and tours, consumer electronics and video games were examined for retail price restrictions, discrimination on the basis of location and geo-blocking. Such practices violate EU competition rules regarding anti-competitive collusion encoded in Article 101 of the Treaty on the Functioning of the European Union (TFEU).

Dr Nils Rauer, partner at Pinsent Masons and head of TMT in Frankfurt said: “It is important to note that the commission's decision in this case rests on general competition law as opposed to the new geo-blocking regulation, which prohibits discrimination against consumers based on their nationality, place of residence or establishment when they buy goods.”

Speaking to the BBC, Valve’s spokesperson Doug Lombardi said: "Approximately just three percent of all games using Steam (and none of Valve's own games) at the time were subject to the contested region locks. The elimination of region locks may also cause publishers to raise prices in less affluent regions.”

Valve was the only publisher not to have its fine reduced for cooperating with the EC, though it disputes this. All other publishers entered into an ‘agreement of conciliation’ and received a 10 percent reduction (15 percent for Capcom).

Speaking to TechCrunch, a Valve spokesperson said: “During the seven-year investigation Valve has cooperated fully, providing all requested evidence and information to the Commission. We disagree with these findings and plan to appeal the decision.”

Stammwitz commented: "Companies operating online within the EU should take note of the decision and use this as an opportunity to review their e-commerce related practices within the European market and assess on a case-by case basis whether any identified restrictions could be justified in the particular situation. If necessary, distribution strategies should be adjusted to comply with European competition law."