In the first week of October, a booby-trapped drone exploded in Iraq, north of Mosul, killing two Peshmerga soldiers and wounding two French soldiers. It is still unclear if it was remotely detonated or carried a timed bomb. 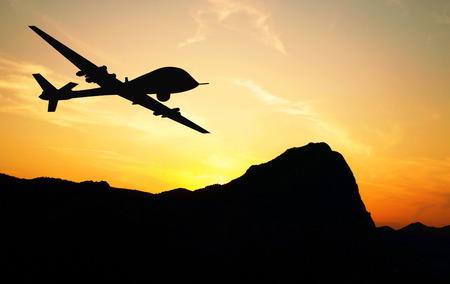 The significance of this attack is that, in an area where sophisticated drone strikes have become commonplace, a drone that can be purchased off the shelf has now been converted into a weapon. These cheaper drones have already been used by militant for photography and surveillance services, or even to film propaganda videos, but they are now being used as a method of attack.

Due to their small payload, the potential of these drones is relatively low, but this attack has shown that they can kill. US troops in the region have now been warned to take cover when they see these small drones, which up to now had been seen as fairly harmless, but are now seen to be likely weapons in Islamic State’s defence of Mosul.

Against a backdrop of security concerns about drones, such as the measures taken to prevent their misuse at the European Football Championships earlier this year, the proliferation of commercial drones could lead to further incidents of this nature, while the US and China are moving forward with rapid developments of ever more sophisticated armed drones.

related topics
Middle East
recent
Popular
twitter
Tweets by RLawJournal
Your experience on this site will be improved by allowing cookies.