As US state legislatures consider stringent restrictions on drones, a leading City of London lawyer is warning against following in their footsteps, as the UK hosts trials of Amazon’s drone delivery services. 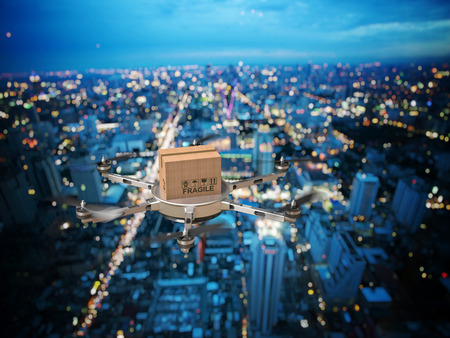 Chris Atkins, a lawyer at Carter Lemon Camerons LLP, sounded the warning after the Montana State Senate advanced a bill that, if passed, would limit where drones are permitted to fly.

Drones operating in Montana would, under the provisions of the bill, be required to travel only above public roads or land, unless granted permission to fly over private land.

Meanwhile, in Oklahoma, the State Senate is considering a bill that would grant immunity from civil action to landowners who destroy a drone over their property, where there is a reasonable expectation of privacy.

Chris said: “Montana State Senate acknowledging the potential for drones and their operators to infringe property rights is a good thing. The risks and implications of infringements will only increase in line with advancements in technology, but any move which might have the effect of imposing blanket bans on operating drones over private property is misguided.”

“Issues surrounding low-flying drones, trespass, nuisance and privacy are very real and the prospect of Amazon delivery drones systematically flying over people’s homes – not a safer 500 feet above them – undoubtedly requires the law in these areas to be reconsidered.”

He noted that in the UK questions surrounding just how much airspace might be deemed necessary for individuals’ "ordinary use and enjoyment" of their private property should be explored as part of the ongoing consultation processes.

“With the dawn of the drone age, there is a balancing act for government, regulators – or the courts – to carry out; the preservation of individuals’ property rights with the promotion and fostering of business and innovation,” added Chris.

He concluded that a change in the law is required to benefit from the massive technological shift which is imminent, but he feels Montana’s proposal is not the right solution.