China’s first ruling on unlawful use of facial recognition technology

In the first case of its kind in the world’s largest surveillance system, a Chinese court has found a wildlife park’s use of facial recognition technology was illegal 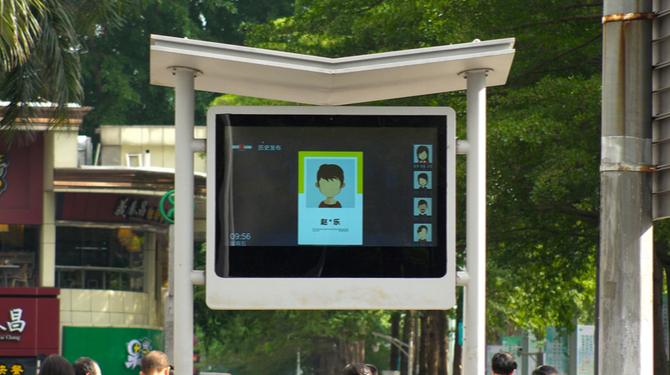 Shutterstock
Facial recognition technology has seen extensive rollout in China. The southern city of Shenzhen uses a combination of that and AI to issue jaywalkers an automatic fine by text message, with offenders' faces publicly displayed on screens at crossings

A verdict has been handed down in the first court case involving the use of facial recognition technology in China. The Fuyang District People’s Court in Zhejiang province ruled the use of the technology at a wildlife park’s entrance without visitors’ knowledge was “illegal and unnecessary”, marking a rare definitive legal stance over the proliferation of such technologies in public spaces.

In an interview with Southern Metropolis Daily, Guo said he was filing the suit to “fight the abuse of facial recognition technology” rather than for financial gain.

The court ultimately ruled in his favour, stating the change in admission policy from fingerprint to face recognition during the contract period was a breach of contract and ordering the park to pay ¥1,038 (£118.05) as a partial membership refund, as well as compensation for travel expenses. The park must also delete his facial recognition data.

Both Guo and the safari park will appeal the court ruling, with Guo requesting the park’s use of facial recognition be deemed invalid for all visitors and not just for him and his wife, as per the initial ruling. In an interview with Sixth Tone, Guo’s lawyer Ma Ce said he and Guo were also disappointed the court did not provide more by way of guiding opinion of the general use of facial recognition technology.

The case has led to heated debate on the technology in China. Its use has proliferated over the past decade, with a report by ChinaFile finding that government procurement orders for surveillance equipment like facial recognition cameras increased by almost 1,900% from 2010-2019. The country is now second only to the US in terms of security camera per capita (14.4 per 100 people) and has more facial recognition cameras than anywhere else.

The technology’s use ranges from the apparently innocuous, such as security checks at airports, to the more invasive, such as predictive policing. A 2019 New York Times report found a number of Chinese facial recognition companies building algorithms to identify Uighurs, an ethnic minority from China’s western Xinjiang province that is subject to intense oppression by the Chinese government.

While China has a national voluntary standard on data privacy known as the Personal Information Security Specifications, the country currently has no specific laws regulating the use of biometric data such as fingerprints and facial images.

However, a draft version of the Personal Information Protection Law was finally unveiled to the public in October, which should deepen China’s personal information protections system.

The city of Hangzhou also published a draft plan to restrict facial recognition technology in residential areas following the ruling. The proposed revision to municipal property management regulations stipulates that property management companies cannot force residents to have facial and other biometric scans when entering residential compounds. If passed, the law would be the first of its kind in China.

China is not the only country without a cohesive regulatory framework regarding facial recognition technology. As it becomes more integrated into different aspects of society, calls for regulatory action have arisen from western tech companies.

In the US, Microsoft and IBM suggested the Biden administration craft the first federal rules governing face recognition in their congratulatory public messages to the incoming president.

“The questions around trust in technology continue to become even more multifaceted, now also including digital safety and responsible practices for AI,” Microsoft president Brad Smith wrote in a statement. “We need new laws fit for the future.”

In certain cases, total bans on facial recognition technology are not being ruled out. In September, the European Commission raised the issue in relation to the EU’s General Data Protection Regulation (GDPR) and questioned whether it sufficiently covers data obtained from facial recognition technology. It was noted by the European Parliament’s Internal Market Committee that no options have been ruled out concerning potential regulation, meaning that a ban may still be entertained.

The Hangzhou court case can be regarded as a step in the right direction toward cracking down on invasive uses of facial recognition technology and questioning the legality of collecting sensitive data without consent.