Bringing cryptoassets inside the law

The fallout from the demise of New Zealand exchange Cryptopia is adding to a growing body of law on the legal treatment of cryptoassets, write Kushal Gandhi and James Highfield 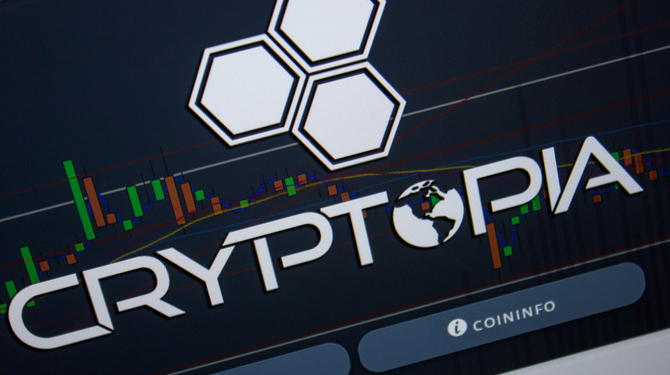 The UK Jurisdiction Taskforce’s Legal Statement on the Status of Cryptoassets and Smart Contracts is proving to be influential both domestically and internationally for its analysis of the legal status of cryptocurrency.

The legal statement recognised that the design of cryptoassets may create some practical obstacles to legal intervention but ‘that does not mean that cryptoassets are outside the law’. This is now developing into a trend.

In the English court judgment of AA v Persons Unknown, the court held that ‘a crypto asset such as Bitcoin are property’ for the purposes of being subject to an interim proprietary injunction.

Internationally, the High Court of New Zealand has recently released its landmark ruling in Ruscoe v Cryptopia Limited (in liquidation) CIV-2019-409-000544 [2020] NZHC 728, which referenced the UK legal statement and AA v Persons Unknown in determining that cryptocurrency was ‘property’ and capable of being held on trust. This judgment is likely to be referred to in future cases in England, particularly, in relation to insolvencies involving cryptoassets.

These judgments arise from a growing number of recent cases which offer greater clarity as to the legal status of cryptocurrency. The rulings signify a developing global consensus as to the treatment of cryptocurrencies as the technology continues to develop.

Cryptopia was established in 2014 as a cryptocurrency trading exchange. In 2017, the platform saw exponential growth as its userbase grew to more than 900,000, the majority of whom were from outside New Zealand.

It suffered a significant hack in January 2019, resulting in the loss of approximately $18m of cryptocurrency from its platform. It is now widely regarded as the biggest theft in New Zealand’s history. As a result, the company was placed into liquidation.

The present ruling arose as a result of an application by the liquidators as to the following issues:

The court found that cryptocurrency was a species of intangible personal property and an identifiable thing of value. In the judgment, Gendall J made reference to Lord Wilberforce’s now-classic statement of the characteristics of ‘property’ put forth in the House of Lords case of National Provincial Bank Ltd v Ainsworth [1965] AC 1175 (HL). The criteria are that ‘property’ (i) must be definable; (ii) is identifiable by third parties; (iii) is capable in its nature of assumption by third parties; and (iv) have some degree of permanence or stability.

In the court’s view, cryptocurrencies satisfied the standard criteria outlined by Lord Wilberforce and were a type of intangible property as a result of three interdependent features. Gendall J found that cryptocurrencies obtained their definition as a result of the public key recording the unit of currency, and that the control and stability necessary for ownership are provided by the private key attached to the corresponding public key and the generation of a fresh private key upon a transfer of the relevant coin.

The court recognised that two arguments are commonly raised to suggest that cryptocurrencies do not have the status of ‘property’. Having considered them, the court dismissed them both. It found that the suggestion that common law recognises only two property classes, personal property and choses in action, was a ‘red herring’. The court found the cases relied upon were not taking a narrow view as to what could be classified as property.

Similarly, the court acknowledged that the assertion that cryptocurrency was only a form of information was ‘simplistic’ and in the present case, wrong. The court was satisfied that cryptocurrencies were far more than merely digitally recorded information. This is consistent with the UK taskforce’s statement, which acknowledged that, whilst it was difficult to formulate a precise definition, cryptoassets that are viewed as a ‘a conglomeration of public data, private key and system rules’ are not disqualified from being property on the ground that they constitute information.

Finally, the court dismissed that there were any public policy grounds why cryptocurrencies should not be considered as property.

Were the cryptocurrencies held on trust?

In finding that cryptocurrencies had the status of ‘property’, the New Zealand court was satisfied that they were capable of forming the subject matter of a trust. The question, however, remained as to whether in the present case the digital assets were held on trust for account holders.

This issue depended largely on the facts of the case. After a detailed analysis of what constitutes a trust, the court concluded that each type of cryptocurrency was held on separate express trusts by Cryptopia, with the beneficiaries being all account holders holding currency of the relevant type. The fact that Cryptopia held the private keys such that the account holders did not know the private key associated with any particular coin was important in concluding that the trusts were constituted by cryptocurrency.

In deciding the cryptocurrencies were held on trust, the court distinguished the current case from the Singaporean case of B2C2 Ltd v Quoine Pte Ltd. In Quoine, the Singapore Court of Appeal acknowledged that cryptocurrencies were ‘capable of assimilation into the general concepts of property’ but rejected the view that they were held on trust for one of the parties.
Gendall J was satisfied that the factual scenarios could be distinguished. Amongst the key findings in Quoine was that the mere fact that Quoine’s assets were segregated was not ‘a decisive factor’ in and of itself that would lead to the conclusion that there was a trust.

However, in the Cryptopia case there were a number of additional factors which pointed to Cryptopia being a trustee. These included express trust provisions in the amended terms and conditions, as well as the fact that the company’s internal financial accounts and GST returns demonstrated that it did not assert any ownership in the cryptocurrency, beyond being an account holder itself.

Such divergence in treatment makes clear that rulings on cryptocurrencies and whether they are held on trust, like other forms of property, will be fact specific and it will be important to review the arrangements put in place. This may also create more competition in this space.

The court considered certain further issues, including how any recovered stolen digital assets should be dealt with. Gendall J acknowledged that any recoveries of misappropriated cryptocurrency should be returned to the account holders who suffered a loss as a result of the misappropriation. As such, the court detailed the following steps:
a) as at the date of the theft, the liquidators should determine the account holders affected and their relative shares in any trust of the digital assets which are the subject of the theft. The liquidators should then apply the loss from the theft pro rata to those existing holdings;
b) to the extent that subsequent to the theft any account holder acquired digital assets of the type that suffered the theft and those assets were added to the relevant trust assets, no reduction for the theft should be applied to that account holder’s share in the trust assets; and
c) any recoveries of cryptocurrency lost as a result of the theft should be applied pro rata to make up the loss suffered by such account holders as were affected by it.

With the growing market for cryptoassets and the cyber risk associated with them it is inevitable that there will be further victims like Cryptopia. The fact that there is growing judicial analysis combined with greater forensic tools on tracing of cryptoassets is a helpful start to the development of legal tools to help mitigate the risks.

Kushal Gandhi is a partner in CMS’s finance disputes team. The article was co-authored by trainee solicitor James Highfield.

related topics
Cryptocurrencies Global
recent
Popular
twitter
Tweets by RLawJournal
Your experience on this site will be improved by allowing cookies.