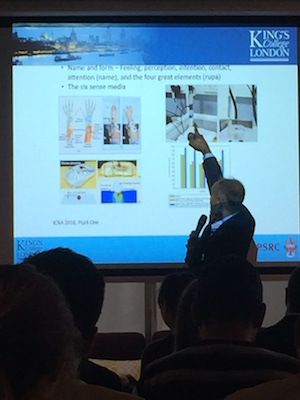 Robert Bleischwitz, a PhD candidate at the University of Southampton, has been investigating the impact of using flexible wings and ground-effect for high-performance drones. Instead of using standard rigid wings, these drones utilise a wing that is better described as a ‘membrane wing’, modelled after a bat’s wing. It’s strength comes from its flexibility that adapts to different incoming flow conditions, similar to a ship’s sail. Vibrations on the surface of the wing, in the range of 40-200Hz, also create extra lift for the drone by breaking down static flow separation into dynamic vortical structures. The experiment has recorded up to 75% more lift produced by the flexible wing.

One of the results of this extra lift is that a drone could carry a larger payload, while remaining a smaller size, a significant benefit as the industry of drone delivery approaches, though it will still be at least five years before these wings can be developed for a mass market. Drones using this type of wing will also benefit from sharper turns, start and land at lower speeds, and, more practically, can be folded up to minimise space during transport. The benefits of flexible wings apply only to the smaller drones, as they don’t help at ordinary mission flight conditions (i.e. a drone’s cruise speed), meaning they are more suited to missions that require frequent landings and tight turns, including urban-based missions such as surveillance.

Morphological computation of action and perception

Thrish Nanayakkara’s project examines how the body contributes to computation, stating that computing is not just limited to the brain, the whole body is a computer. Some actions, particularly those that exercise a great degree of control, such as gripping, can even be ‘outsourced’ to those parts of the body, the functions involved are already encoded within the body. Applying this to robotics would make such tasks easier, reducing the strain and complexity of the computations involved due to the other parts of the robot being able to take over.

One of the experiments highlighted was a variable stiffness probe: a piece of flexible silicon rubber, inside which are buried nodules of slightly harder material. A robotic hand was made with most essential parts of a human finger: a force sensor at the base of representing the tendon sensor in a muscle, and a joint with two opposing springs to represent the antagonistic muscles. The hand would then prod the probe to detect the harder nodules and force data was recorded from the sensors, with human subjects performing the same task for comparison, recorded by EMG (electromyography). Controlling the stiffness of the finger and the transfer of strength to the tendon gives a highly accurate report that the brain can utilise for evaluating the harder substance.

The nodules in the silicon rubber probe mimic the discovery of tumours or lumps in the body, showing its clear medical application. A robotic hand that could grip something like a pulsating artery or any tissue that undergoes rapid or subtle change would be a huge advancement in this field.

Insects, such as ants, are great navigation specialists without actually knowing their location; they learn what to do, not where to go. Studying insects for the field of robotics is useful because computers are unlikely to be able to match the speed of the brain any time soon. The collective nature of such hive creatures holds remarkable similarities to the inner workings of robots, partly because no one single part has the full knowledge — each insect knows only their job, much like individual agents in a computer program. Ants are evolved to be experts in navigation, and Andy Philippides from the University of Sussex has been studying their behaviours, noting the ability of ants to learn a route in a single trip.

The focus of their learning is on what to do at any given point, rather than learning where they are, working on the basis of snapshot navigation — memories of sensory information guiding them and informing their reactions to new sensory information. The importance rests on appearance, not specific features, and navigation results from the attempt to make the world appear like your memory of it. One of the uses of this approach would be to fully develop lower-computation roving robots to traverse unknown areas and, just as importantly, return safely on just their first journey. Freeing up the computational power of the robot by using this insect-led navigation could allow that power to be diverted to other functions.