Internet giant Baidu, known as China’s Google, has announced that it will make its autonomous driving technology open source, in contrast to the secrecy that other firms such as Waymo and Tesla operate in. 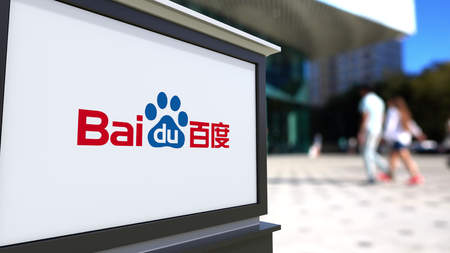 Against the backdrop of Waymo’s lawsuit against Uber over the supposed theft of technology, Baidu has decided to go the other way and make a range of software, hardware, and data services available to others, including carmakers.

The firm has been developing autonomous vehicles since 2015, and announced that they would be available for use in restricted test environments in July. After that, they aim to roll out other technologies gradually, with a view to offer the full range of developments to support self-driving for highways and city roads by 2020.

The project is called Apollo, and the firm’s president Qi Lu says that it will, “Encourage greater innovation and opportunities, making better use of our technology to drive the evolution of the entire industry.”

Previously Baidu had been working with German automaker BMW AG, but the partnership ended last November due to differences of opinion on how to proceed. Baidu has also been making a push into other fields, launching a $200 million fund in October to focus on AI, AR, and Deep Learning.

Baidu will begin by working with partners who will provide the best and most compatible vehicles, sensors and other components to achieve broad participation and collaboration. It will also provide references and recommendations to participants of a rapidly expanding ecosystem enabled by Project Apollo.

This will be used to lower the entry barriers for research and development of autonomous driving technologies, making it more accessible to the general public, and also accelerate the overall pace of innovation.

It’s a similar move to Google’s decision to release Android as a free operating system for smartphones. By becoming the supplier of the “brains” for more cars than just the ones it makes itself, there are obvious benefits, such as revenue from carmakers in the long term.

Global saturation of the market will also mean that Baidu will be in a position to receive unprecedented levels of data to help further the development of self-driving vehicles.