The Shape of the Future Global Workforce

PricewaterhouseCoopers (PwC) have released a report titled “Workforce of the Future” based on research dating back to 2007 examining trends in the workplace and insights into what the future workforce will look like. 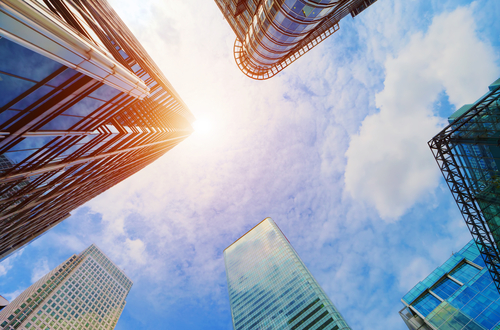 It centres around the “Four Worlds of Work” for 2030. Corporations around the world could potentially choose one of these options moving forward, each one with its own advantages and disadvantages. As automation becomes closer to a serious reality for many, it is time to begin the process of deciding how best to integrate automatic workers alongside the humans.

Technology endlessly marches on, Artificial Intelligence (AI) begins its infiltration of society, and automation rears its head on the horizon. Debate over the roles these will play in our lives rages on, and, as ever, the reality will be much more complex than it is possible to predict at this stage. The discussion is less about the technology itself, but rather how humans will use that technology and how it will be able to integrate into our world.

How regulations, rules, and laws interact with the governments responsible for imposing them, trends in customer and worker preference and sentiment are all the primary factors in how the automated workforce of the future will be shaped. Linear predictions are most likely insufficient. They are ever shifting forces, often competing with one another, and always highly complex. A multitude of outcomes needs to be prepared for and that is the focus of this report, looking ahead to the workplace of 2030 and all possibilities that may occur.

Megatrends are the enormous forces that act on society, shaping and reshaping it, which has knock-on effects on the world of work. Power and wealth, competition and opportunity – these resources are distributed and redistributed by economic shifts, innovations, new emerging business models, and even scarcity of resources. Retention of employees, partners, and customers is one of the highest priorities for businesses moving forward; identifying megatrends is the first step towards working out how we are able to respond to them. It is these responses that will ultimately decide how the global workforce will be shaped.

Rapid advances in technological innovation are able to have a significant impact on the workforce, altering the number of jobs available in incredible speed. Under this megatrend, the advances in automation, robotics, and AI are the obvious agents, able to improve our lives in many ways while simultaneously providing competition for our jobs, which could lead to social unrest, even political upheaval.

Global demographic shifts have the ability to affect the work force, due to the lost universal phenomenon of ageing populations, partly due to the longer life spans we are enjoying thanks to technological and medical improvements. Business models have to be reimagined, while retraining to develop new skills will become a very common occurrence. These shifts in population ages can also drive the need for automation.

By 2030, the UN predicts that 4.9 billion people will be urban dwellers. Cities will take on an increasingly important role in the creation of jobs worldwide.

Rapidly developing nations that are able to embrace a business ethos, attract investments, and invest in education systems are likely to gain the most in the world of the future. The gulf between developed and developing nations has the possibility of expanding even further due to technology, if the developing nations are unable to compete, leading to higher rates of unemployment and migration. Social unrest is again a cause for concern.

As a global megatrend, it’s hard to be more colossally serious than climate change and scarcity of resources. As fossil fuel supplies dry up and extreme weather patterns become the norm – which is not hard to imagine given 2017’s weather – new job types will emerge as the market for alternative energy takes the centre stage. Demand for energy is only going to increase (especially combined with an increasing global population) but with the dwindling supplies, the demand will have to be met in other ways. A global restructuring will have to happen, which will have an enormous effect on worldwide jobs.

AI and digital platforms already have a huge impact on the world of work, and it is easy to see how further developments will see these technologies continue to play a significant role in our lives. They are already essential to all Four Worlds of Work (see below) as outlined by PwC. They provide links between employees and employers, capital to investors, and consumers and suppliers.

AI moves in three stages: assisted intelligence, which is widely available in the present today, used mostly to improve activities that people already do such as GPS navigation programs; augmented intelligence, still in the emergent stage today, which helps people do activities they couldn’t otherwise do, such as car ride-sharing services that require the combination of programs to operate; and autonomous intelligence, which is predicted to emerge in the future, where machines act on their own, such as when self-driving cars are fully realised. In all three stages, AI has enormous potential to assist humankind to reach its goals and further make use of the enormous amounts of data being generated in the work force, while leaving the humans free to apply themselves to high-level thinking and creative skills. Utilisation of AI will no doubt determine how the work force will look in 2030.

Digital technologies’ proliferation have the result that data becomes one of the most important factors. How personal data is shared by governments, individuals, or corporate entities is key to all the four potential worlds, no matter how human- or machine-centric they may be. Data as a commodity will also see a continued rise in importance.

The Four Worlds outlined by PwC demonstrate the tensions that exist four different ideas, acting as axes on a graph: Corporate Integration versus Business Fragmentation; and Collectivism versus Individualism. This means that on one half there is the overriding idea of big business ruling all (Integration) and on the other runs the idea of “small is powerful”, digital platforms taking on vital importance (Fragmentation). Perpendicular to these is a side of fairness and equality being of prime importance (Collectivism) pitted against the focus on the individual’s needs and rights (Individualism). Four worlds emerge as potential models when plotted on this graph of forces that are shaping the workforce, reflecting possible public sentiment.

The “Green World” is the collective integrated world, where companies care about social responsibility, climate and demographic changes are top of the corporate agenda. The “Blue World” is the individualist integrated world, where big money capitalism rules, organisations continue to grow larger, and individual rights top concerns over social responsibility. These two are the easiest to imagine, and were for PwC when they started this project in 2007, a time before the term “gig economy” had become commonplace.

The Four Worlds of Work

The two worlds on the fragmented side of the spectrum (initially imagined as just one fragmented world in a three world model) seem on the surface less feasible but it is becoming fast apparent that both are realistic futures. The “Yellow World” is the collective side, focussed on humans as a whole, where the quality of “humanness” is lauded, ethical brands are highly sought after, and PwC even predicts a rise of new guilds to promote human work. The individualist side is the “Red World” where innovation rules, rewarding the specialist, the niche producers, utilising digital platforms to allow winning ideas to take the day.

All four of these worlds are very different from each other, and all can be imagined to come to pass in various places across the globe by 2030.

Ultimately the main issue for most people is how are these megatrends going to affect jobs? Fears of automation are front and centre when examining the future. Part of what drives the division of the four worlds is how each will use the new emergent technologies of robotics and AI. How we are able to work with these technologies will have a large influence in how jobs and tasks are automated or recategorised. Whether jobs are replaced or not, changes are inevitable and there will have to be reclassification of work.

PwC provides recommendations both for larger groups (governments, societies, organisations) and for individuals in order to be adaptable to maximise the benefits of automation. They recommend that governments ought to work together with the organisations developing AI and robotics to develop a sensible approach and set of policies for the use of AI, including clear discussion on the ethics involved. Bringing the discussion of safe and ethical use of AI to the forefront means that the interplay between technology and societal needs is always highlighted. Meanwhile, all governments will need to address the potential unemployment issues resulting from automation, perhaps by testing social ideas such as Universal Basic Income.

Organisations are recommended to understand the skills that are present in their workforce, not necessarily the roles that are performed by the workers, while identifying the gaps to skills that will be required in the future. Clarifying the issue of robotics and automation as a force for good, rather than a negative aspect is also helpful moving forward; it will allow the successful organisation to innovate and to continually find ways in which technology can help their workforce, enhancing the experiences of the human workers.

On the individual side, it’s important to remember that whatever shape the workforce is in by 2030, human workers will still be required. Working alongside technology, developing technology, there are places that automation can’t compete. Finding a specialism, a narrow niche that serves human needs, is a surefire way of protection. Skills such as creativity, leadership, and empathy will be the most in demand. Identifying the right skills and fostering them should be one of the aims of the individual if they wish to remain competitive in the future workforce.