Rise of the drones: Opportunity and liability for Australian businesses

Tom Young and Samantha Nean from the Brisbane office of Norton Rose Fulbright provide an update on the regulatory framework. 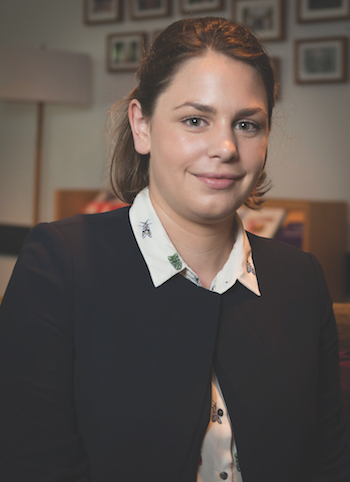 In 2002, Australia became the first country to regulate the use of  Unmanned Aerial Vehicles (UAVs), now referred to as Remotely Piloted Aircraft (RPAs) or more commonly, drones. The Civil Aviation Safety Authority (CASA) is responsible for managing Australian air space, including the use of  drones. In late March 2016 the Civil Aviation Legislation Amendment (Part 101) Regulation 2016 (the Part 101 Amendments) was registered on the Federal Register of  Legislation in an attempt by CASA to better regulate this disruptive technology. The Part 101 Amendments are due to commence on 29 September 2016. This paper outlines the opportunity these new regulations provide to Australian business, but also the liability that will always surround the use of  drones. The Part 101 Amendments provide that certain RPAs can be operated without a remote pilot licence or a RPA operator’s certificate, if hose RPAs are ‘excluded RPAs’ as set out in the amendments. There is also a general authorisation included for a person performing a duty essential to the operation of  an excluded RPA. Relevantly, ‘an’ excluded RPA’ includes a ‘small RPA’ – defined as an RPA ‘with a gross weight of  at least 2 kg but less than 25 kg’ – where no remuneration is received and:

A definition of  remuneration is not provided in the Part 101 Amendments, nor is the term already defined in Civil Aviation Safety Regulations 1998 (CASR). This introduces uncertainty for those seeking to operate under he Part 101 Amendments and the Explanatory Memorandum provides little guidance. It merely states ‘Provided that none of  the parties involved receive direct remuneration’. This suggests that an employee whose duties include, but are not limited to operating a drone, may fall within the definition of  an ‘excluded RPA’. It seems that CASA policy is that an employee could operate an RPA under the exception for excluded RPAs. However, that employee could not be specifically contracted to operate a drone; they could only be remunerated as part of  their normal salary. A ‘medium RPA’, defined as weighing at least 25 kg but not over 150 kg, may be operated in the same circumstances with the added requirement that the operator must hold a remote pilot's licence. However, an RPA operator’s certificate will not be required for a medium RPA operated on private land in the above conditions. The Part 101 Amendments also permit the use of  drones weighing under 2 kg for hire or reward.

The standard operating conditions include that the RPA:

To clarify the position, CASA policy is that the final standard operating condition means that a person must not operate more than one RPA at one time. CASA policy is that the requirement not to fly within 30 metres of  a person means that at no time, no matter at what height the RPA is operating, should an RPA come within 30 metres of  a person horizontally. As discussed above, CASA also recommends not operating an RPA within 30 metres of  a building. The use of  all drones, excluded or not, is also subject to the conditions outlined in Subparts 101.A, 101.B and 101.C of  CASR, which prohibit any hazardous operation, operations in controlled airspace, near aerodromes, in prohibited or restricted areas, or above a maximum height, and dropping or discharging things in a way that creates a hazard. There are set weather and day limitations. It is an offence to fail to operate an unmanned aircraft within the person’s line of  sight. The requirements for meeting this condition are also defined. It should be pointed out that the exception in the new 101.245(3) CASR to the current offence of  operating a UAV within 30 metres of a person not directly associated with operating the UAV (101.245(1) CASR) where consent is given is not available to those operating an ‘excluded RPA’. The author was advised that CASA policy is that were that exception to be taken advantage of  by an operator of an excluded RPA, that RPA would no longer be excluded by definition, as it would be in breach of the standard operating conditions mentioned earlier.

The new regulations will allow RPAs weighing up to 25 kg to be flown in specific circumstances. While the use of drones weighing over 2 kg is limited to private land the risk remains considerable – and is prima facie greater than the risk posed by a drone weighing only 2 kg. CASA has heralded the Part 101 Amendments as ‘cutting red tape for remotely piloted aircraft’. This is certainly the case – the Part 101 Amendments will provide a mechanism for more Australian businesses to use drones in their everyday business operations on their own property, without costly and time consuming certifications. The press currently surrounding these new regulations has focused on the potential for farmers, however the Part 101 Amendments contemplate much broader use. Many businesses could take advantage of this deregulation, mining, oil and gas, maritime and railways being key industry examples. Indeed, Market Merger data reveals that deals between such companies, drone manufacturers and investment bankers are already being negotiated. However, the fact is that businesses which choose to utilise drones will face statutory duties that mandate the safe operation of any RPA, far broader than any that could be imposed by CASA.

Many legislative regimes and common law principles step in to regulate the behaviour of those utilising drones within the operation of their business. The risk of liability stems from many sources, including the communications and media regulatory framework, a myriad of manufacturing standards required under various legislation, operational health and safety legislation, privacy issues, trespass, and a considerable potential for damage to person and property. The consequences of failing to comply with this matrix of Federal and State instruments and the common law include significant terms of imprisonment, large fines and a successful claim for damages. There is also potential for directors of a company to be held personally liable. And of course, though using any drone carries some risk, the heavier the drone the greater the potential liability. That is not to say that this interplay of legal requirements does not also affect the use of  drones under 2 kg. Adding another layer of complexity is the process and consideration of obtaining insurance coverage for the use of drones. Questions also arise as to whether interruption of business insurance would cover an incident caused by a drone.

There is enormous commercial potential in the use of drones in Australian businesses, and while the Part 101 Amendments have broadened the scope for their innovative use, a complex web of regulation remains. Further, under the Part 101 Amendments CASA may issue a Manual of Standards for Part 101. CASA has confirmed this manual will be available to the public shortly. This manual will be relevant industry information for duty holders under work place health and safety legislation. While there may be less red tape, which certainly presents an opportunity, those looking to establish the use of drones within their own businesses are still subject to many important responsibilities. Legal expertise in navigating this emerging space and mitigating risk requires experience across broad practice areas and is essential for any business looking to take advantage of  these new amendments which come into effect in September. The Part 101 Amendments may be described as setting out ‘simplified’ regulation for ‘lower risk’ use of RPAs, but there is nothing simple or low risk for Australian business; with opportunity comes liability.