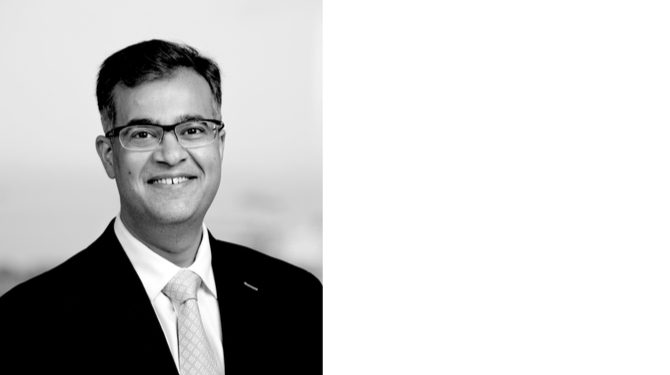 I’ve always been fascinated by aviation – the multijurisdictional set of international laws, rules and regulations governing it, the technological advancements within the sector, the glamour of it all.

I have been involved with aviation, more specifically with airlines, for more than a decade now (with my background as an in house counsel with airlines in multiple jurisdictions) and I had been meaning to expand my aviation portfolio from purely airlinecentric to a more generic ‘aviation’ law. This was where my interest in drone law came from.

By their very nature, drones are intended to be regulated by the same set of rules and by the same regulator(s) that govern commercial airlines. However, drones are a completely different kettle of fish – distinct from their larger (and much, much more expensive) cousins. I say cousins, because to put a commercial aircraft and a drone in the same category is not only unjust, but illogical.

I am really excited to see the plethora of opportunities (and challenges) that will be generated from the commercial use of drones and to make sure that we are able to assist the players in this exciting new tech space.

How has the drone-tech space changed in the last decade?

The last decade has seen a significant increase in innovation and commercial interest within the drone-tech space. Earlier, drones were primarily used for military purposes, but since the beginning of the 2010s a host of new uses has been proposed for these amazing machines.

As a result of their ability to reach inaccessible places at low cost, drones are now being used by countries and governments for a number of purposes ranging from rescue operations, surveillance and delivering goods to transporting time-sensitive medical supplies.

What role has India played in those changes?

India has been taking strides towards becoming a pioneer in safe, commercially savvy use of drones. The government has allowed hyperlocal delivery start-ups to start testing Beyond the Visual Line Of Sight (BVLOS) drones for commercial deliveries and with tension with China over its national borders is considering military use of drones too.

We also see the Indian government using drones for property tax estimation and creation of a base map of a city or town for detailed planning and sustainable governance; energy public sector undertakings are using drones to monitor social distancing at refineries as well as using the technology for effective surveillance of underground pipelines.

With so much potential to use (and misuse) the technology, the Indian government, after some initial hiccups, has focused on capacity building within the drone ecosystem by issuing a plethora of new (and commercially viable) regulations and pilot schemes; one such scheme is a training school for drone operators. These will ensure that there’s consistency between the intent of policy makers and the operational reality on-ground, with minimal scope for the rules to be flouted.

What is India’s share of the global drone market and how do you think it will develop?

The drone sector holds tremendous opportunities and has the potential to contribute four to five per cent to India’s GDP. A recent report by the Federation of Indian Chambers of Commerce and Industry and Ernst & Young noted that the drone market in India will touch $885.7 million by 2021, when the global market size will be $21.47 billion (so only 3.8%).

The future holds many new avenues for the use of drones as they are expected to replace 80% of operations presently carried out by manned aircraft. As per NITI Aayog1 estimates, the Indian market for drones will be $50 billion over the next 15 years.

This means that there is huge potential to tap into this lucrative market – for drone manufacturers and operators as well as for lawyers.

Which laws and regulations govern the drone industry in India? How have they developed and how have they been used in practice?

The Government of India issued draft guidelines on the operation of unmanned aircraft in 2018, which was followed by the release of the Drone Ecosystem Policy Roadmap by the Ministry of Civil Aviation in 2019. Then, in June this year the Director General of Civil Aviation (in the capacity of the regulator for aircraft operations in India) issued draft guidelines for setting up schools for training pilots who intend to operate drones. The government has also recently established a ‘Digital Sky’ platform to grant automated permission to own and operate drones in India.

In addition to the above, the government realised the benefits of using drones during the Covid-19 crisis and established a portal to provide fast track conditional exemptions to government agencies for Covid-related drone operations.

What is your opinion of these regulations and how do they compare to those in other countries?

In my opinion, the regulations promulgated by the Indian government, while to an extent futuristic and commercially feasible, have yet to tap into the full potential of this disruptive technology. Having said that, credit where credit is due. The government has realised the potential of this new industry and has started working towardsfine-tuning its policies to make the industry commercially and legally viable. That’s not the case with some of the other countries where flying of drones – though legal – is governed by a set of rules that remain open ended, liberal and prone to misinterpretation and, indeed,
misuse.

Which country/countries do you think most effectively regulate drones and why?

Our research has shown that China and Italy have a detailed set of rules regarding the operation of drones. China, being the pioneer in the drone manufacturing space, has gone ahead and issued different sets of laws for commercial and recreational use of drones.

Within Southeast Asia, Singapore is taking big steps in ensuring that dronetech gets its due. For instance, from the beginning of February next year, users of commercial drones as well as operators of drones for recreational purposes (where the weight of the drone exceeds 7kg) will be required to obtain a pilot licence. This licence will be granted only after completing a theory as well as a practical assessment administered by the Civil Aviation Authority of Singapore.

What do you see as the key legal issues for drones in India?

One of the biggest legal issues for drone operation in India is the ‘No Permission, No Take-off’ (NPNT) clause, the only one of its kind in the industry. All drone manufacturers were required to have a NPNT software addon on their drones, failing which, drones could not be sold in India.

In addition to the permit-oriented restrictions, there are the hardware specifications that have to be met for the drones manufactured and operated in India to be compliant with the prevailing regulations.

Some of the restrictive specifications as prescribed under the guidelines aren’t required by any other country. Accordingly, international manufacturers are unlikely to make changes to the specifications of their drones for such a small piece of the pie (3.8%). This, in turn, will be India’s loss as domestic manufacturers will make concessions to meet the hardware specifications, which will drive up the cost of Indian-made drones in comparison to their international counterparts. This could lead to black-marketing and flouting of the very rules that the government has promulgated to ensure the safe operation of drones in the country.

How important are ethics in this sector and what are the challenges on this front?

Considering that drones are ‘unmanned’ aerial vehicles, ethical issues related to their use will be subject to what a drone does, which in turn is predicated upon the actions of the person operating it.

For instance, if someone flies a drone in a park to take photographs as a hobby, the consequences may not have related ethical issues. If, however, one person inadvertently takes a photograph of another person, this could amount to an invasion of privacy.

Civilian and commercial use of drones may include delivery of goods, oil, gas and mineral exploration, surveillance in public places, monitoring and control of road traffic and domestic policing. Many of these uses involve gathering data about individuals that may similarly amount to an invasion of privacy.

Military drones can be used for a variety of purposes including reconnaissance, surveillance, remote sensing, target monitoring and designation, and elimination of designated targets. In the wrong hands, the same technology has the potential to be misused for terrorism and similar heinous crimes.

Accordingly, ethical behaviour plays a vital part in the operation of drones. This is where the initiative by the Indian government to establish a drone training school becomes significant, as it shows the government appreciates the importance of training and ethical operation of this technology and is taking measures to make the use of drones as consistent and legally sound as possible.

Which books on drone law would you recommend?

Unfortunately, there are a limited number of books for this field as it’s relatively new. But reference may be sought from the following:

How do you see the drone industry and the laws governing it developing in the next decade?

Considering the over-arching effects of the technology, drones are set to challenge archaic laws and regulations. Not only may the rules regarding privacy have to be rewritten, but international carriage of goods – once considered the domain of merchants and shippers – will witness a ‘sea change’ as the whole practice of international trade (including the
Incoterms) will have to be revised specifically for supply of goods by drones. In my opinion, we’re still really struggling with how to integrate the drone-tech sector from a regulatory, compliance and commercial viability perspective.

1. The NITI Aayog is a policy think tank of the Government of India, established with the aim to achieve sustainable development goals by fostering the involvement of State Governments of India.