Independent UK think tank Reform has released a report called “Work in progress” examining the public sector, the issues surrounding its efficiency, and what can be done to reform and improve it for the future. 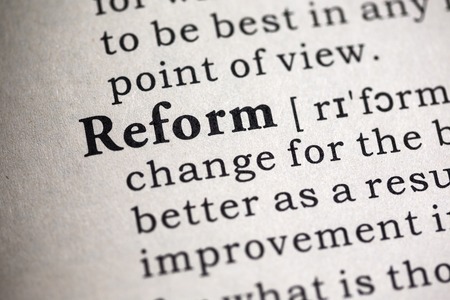 With digital services being both expected and demanded by the public, as well as the incoming wave of automation, Reform sets out recommendations to the government for how the public sector can react to these changes, as well as innovate, for the ultimate aim of a leaner, more efficient workforce.

The size of the workforce has fluctuated since the post-war period, peaking in 1979. Since 2009, it has been steadily declining, from 6.4 million to 5.3 million in mid-2016. Different ideas alongside the changing  economy have caused these fluctuations. An expansion in the 1960s and 1970s was due to Keynesian demand management, while New Public Management, including the introduction of quasi-markets, led to a sustained fall in the 1980s and 1990s. The “Third Way” of the Blair Government saw numbers rise again, before falling after the 2008 financial crisis and the Coalition Government’s stated aim of reduction of public expenditure.

There has been a twenty year trend of near zero growth, due mainly to tight public spending. In order to deal with the rapidly changing demands on public services, this trend needs to stop. An ageing population is putting more strains of health and social care; in the year ending September 2016 thee were 5.2 million examples of fraud and computer misuse offences; and citizens want increased digital access to public services. Even where these digital services exist, public perception of their availability is low, another issue that requires attention. In order to achieve better value for money, the public sector has to increase productivity, as well as its effectiveness and outcomes. A full reform of their workforce is required, rather than just cuts.

As health care has more and more demands put onto it by an ageing population, the government’s main response has been to increase inputs, with more money and extra staff. This is not necessarily the best way of meeting the needs of the patients, however, especially as there is an imbalance with the amount of money put into social care, which has helped contribute to the record 115,425 hospital bed days lost due to delayed discharge in June 2016. With crime statistics rising and, more importantly, trends in criminal behaviour changing, merely improving the efficiency of public sector workforces is not enough by itself to react to these new demands. Instead, a full reform, combined with new skill sets, is recommended.

As the population becomes more used to digital services, their expectations where it concerns the public sector are changing too. While up to 80% of banking now takes place online, showing how that sector has adjusted to new expectations of its client base, the UK ranks poorly when it comes to citizens connecting with public authorities online. According to the 2016 GP Patient survey, only 6.7% of people had made appointments online, 0.6% had accessed their medical records; even though 34% of people had claimed they would rather book their GP appointments online.

Digital access to policing services is also something that people expect, with 76% of UK respondents to a 2014 international study saying they would like to have digital interaction with the police in addition to, or instead of, face-to-face interaction, but only 38% believed it was currently possible. Another 2014 survey showed that only 29% of people thought that their local council had embraced new technology. There is a clear gap between the expectations and public demand and the reality of the services offered, a gap that needs to be addressed to satisfy the public and improve the efficiency and outcomes off the public services.

Technology has the power to disrupt jobs in three distinct areas: administration or operative roles, where the activities are repetitive or predictable; interactive or frontline roles, requiring a high degree of personal interaction; and cognitive roles, requiring strategic thinking. Instead of viewing automation as binary, where automation completely overwrites jobs, instead the public sector needs to look at the tasks that can be automated. It is estimated that 45% of activities in the US labour market can be automated by current technologies, but this does not equate to 45% of jobs being lost to technology. Some jobs do have the potential to be fully automated, and a significant adoption of automation can reduce headcount, but it can also vastly improve effectiveness of services.

Administrative tasks, which can be either desk-based roles or physical roles, such as cleaning, are the easiest to be fully automated. HMRC has been taking steps to remove the number of these roles, bringing the workforce down from 96,000 in 2005 to 60,000 in 2015, primarily through expanding online services, in its attempt to become “diamond shaped” (to reduce lower levels of administration). Call centres are one of the more common examples of this kind of role, but more sophisticated and complex roles could also be automated. Finance officers and legal assistants are highlighted as being such roles that robotic processes could be used to search datasets for legal precedents and conduct research, or even to employ a distributed ledger such as Blockchain.

Interactive and frontline roles include nurses, teachers, and police officers, where the communication skills are less likely to be automated than administrative roles. However, there are tasks within those roles that can be automated, freeing up the practitioners to focus their time and energy on the non-automatable skills instead, increasing their productivity. It is estimated that 30% of a nurse’s activities could be automated, such as collecting patient information or administering non-intravenous medicines, while IBM’s Watson has a better success rate of diagnosing lung cancer (90%) than human doctors (50%). The speed at which an artificial intelligence can collect information is a powerful tool that shouldn’t be ignored if it is able to allow a workforce to increase its efficiency and output.

Cognitive roles such chief executives and senior managers represent a fifth of public sector worker roles. They are the least likely to be automated in the coming twenty years, but there are still areas where technology can improve their work. A prime example is the proposal of Japan’s government to use an AI to help civil servants draft answers to questions put to Cabinet Ministers in debates. A trial of such a use of technology is highly recommended due to the low cost of failure (as compared to trialling technology in health care where it could cost lives). Widespread use of data analytics could also help the College of Policing’s main aim of crime prevention, and to aid their deployment of resources for maximum efficiency.

As these different tasks face automation, a less hierarchical model for the structure of the workforce is recommended. There is a need to thaw the “frozen middle” so as to streamline decision making and task execution, which is better able to respond to fluid and malleable demands from the public. Middle managers are often unable to look beyond day-to-day operations due mainly to a lack of training that has arisen from this structure, leading to them unable or unwilling to execute ideas without guidance from above. A removal of hierarchy can result in frontline employees acting more autonomously with the absence of constant monitoring from this “frozen middle”.

See the Reform website for the full PDF report.