India’s drone regulation has, to this point, been very ad-hoc and fragmented, resulting in a drone industry that has not been able to capitalise on the opportunities offered by the technology. On 27th August, India’s Directorate General of Civil Aviation (DGCA) announced the country’s first Civil Aviation Requirements (CAR) that will go into effect on 1st December 2018. 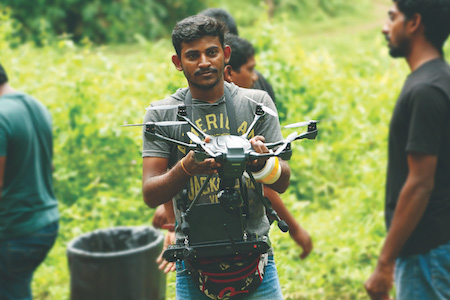 This policy defines and categorises drones, outlines flight restrictions, as well as a new process for flight permissions. The DGCA defines the term “Remotely Piloted Aircraft” (RPA) as an unmanned aircraft piloted from a remote pilot station, in order to differentiate them from model aircraft. RPAS will now need a Unique Identification Number (UIN) and an Unmanned Aircraft Operator Permit (UAOP).

India has put drones into five different categories, including a new Nano category that is not present in many other countries. Many of the new rules don’t need to be applied to those in this category, deemed to be too small.

The regulations  are fairly familiar and common sense, including some of these general rules:

Drone pilots will be required to request permission to fly before deploying their drones for every single flight. They will be able to do this via a mobile app, which will automatically process the request and either grant approval or reject it. The system is called “No Permission, No Takeoff” (NPNT). If a user is not given permission, their drone will not be able to take off. This will be enforced through defining mandatory equipment for drone users, which will include a RF ID and SIM/NPNT.