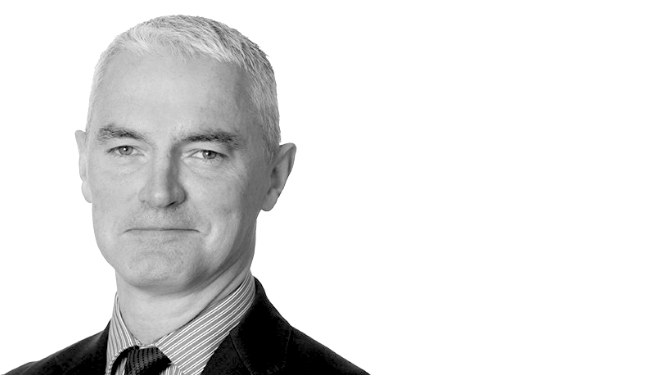 In June 2019, Libra forgot itself. As Facebook launched its global digital currency, there was no thought for equilibrium, just a headlong dash to achieve worldwide financial services domination under the stated aim of promoting greater access to financial services, starting with its two billion plus monthly active users. Independence was to be achieved through the Libra Association, but few believed that the June 2019 version of Libra would be free from Facebook influence and control. The launch was met with widespread criticism – the white paper lacked real credibility. Fast forward one year and Libra has rediscovered her greatest virtue, that of balance, and will be all the better for it.

When Facebook launched its digital currency out of Switzerland last June, having been some five years in the making, its aim was to promote a floating global digital currency that was effectively unregulated, untouched by governments and shamelessly eschewed any need for the support of central banks. The 2019 white paper skirted around the requirements of KYC, AML and other financial regulation, highlighting an ability for people to buy their coffees and to ride on their trains and buses without the need for cash – a misplaced promotional claim itself given that millions had been doing that for several years.

However, a number of key changes have been made since June 2019 that make the recently re-launched Libra project much more compelling. Firstly, the proposal now revolves around a collection of individual single currency Stablecoins, backed by the Libra Reserve, which is to consist of cash or cash equivalents and short-term government securities denominated in the currency of the Stablecoin. The originally planned multi-currency coin (LBR) has not gone away, it’s still being touted as an option for those countries that will not have a single currency Stablecoin to access, but it is very much hiding in the background. The revised 2020 white paper focuses more on the Stablecoins (LibraUSD, LibraEUR, LibraGBP, LibraSGD and the like), as Facebook/Libra now plot a more patient and less disruptive approach.

Secondly, the open source block chain system underpinning June 2019 Libra was to be permission-less and decentralised – each and every user would be free to take part without there being any gatekeeper. A system that required permissions from the middle would have been anathema to the millions of crypto fans who had been fed a diet of a permission-less system since the days of Bitcoin, and most of whom would have been completely unable or unwilling to move forward to a closed system.

One year on, and with considerable nudging from FINMA (the Swiss Financial Market Supervisory Authority, with whom Libra has engaged and to whom it has applied for regulatory approval), Libra 2020 embraces a permissioned system. However, the Libra Association has not given up on its desire eventually to achieve a system without permissions – it maintains that it is possible to replicate the “key economic properties” of a permission-less system, all the while incorporating “the robust due diligence of its members and validators that is inherent to a permissioned system”. It remains to be seen if it can achieve that, but at least it now recognises the need for it to do so. This, it is submitted, is a balanced and realistic approach that is more likely to bring key financial stakeholders along with it as it progresses. Rome wasn’t built in a day.

Thirdly, the 2020 version now fully aligns and respects the need for compliance with applicable laws and regulations. The Zuckerberg team has invested many hours in the period since the first launch in engaging with financial regulators, to sign up to “a comprehensive framework for financial compliance and network-wide risk management, as well as strong standards for Anti-Money Laundering, Combating the Financing of Terrorism, sanctions compliance and the prevention of illicit sanctioned activities”. People require a high degree of trust and confidence to invest; few have trusted the hundreds of crypto-coins and assets that have been available for investment for years, most probably because of the concern of hacking unsupported by redress from any centralised regulated authority. The post Covid-19 investor will likely wish to place his or her investment with even more scrutiny – full regulatory compliance is a must if Libra 2020 is to be successful where Libra 2019 failed.

Above all, the re-issued white paper is replete with references that show Libra’s willingness to work with the establishment, rather than to break it. The goal is now to develop a system that complies with law and regulation, supports the notion of openness and financial inclusion, and all the while integrates safeguards to allow users to trust the system and therefore to give it a chance to prosper. It is no surprise that Bitcoin and its offspring have failed to gain the widespread global traction for which its supporters had hoped. Fundamentally, the investor world would never buy into an asset that is unprotected and so obviously vulnerable to criminality.

As such, the 2020 version of Libra should be commended, as a new financial tool working within the existing financial system and yet challenging it in a healthy and legitimate way. The naivety and gaucheness of the June 2019 version has been replaced with a newly balanced, mature and yet vibrant Libra, which looks set to come of age.

Philip Prowse is a partner at HFW