Patrick Fair, a partner at Baker & Mackenzie in Sydney, speaks to the Robotics Law Journal about the impact of driverless cars on the legal sector, both in Australia and globally. 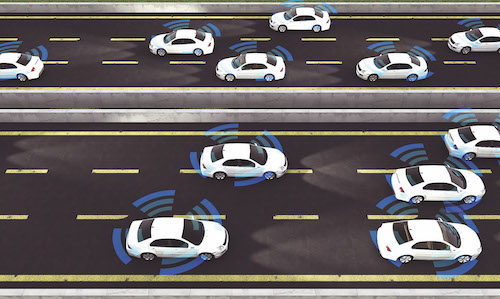 Are there going to have to be distinct phases of regulation as the switch is made to fully autonomous vehicles?

Yes. It is already clear that the starting point for driverless cars is to have the car supervised by the human driver.  This supervision will become progressively less relevant and less effective as trust builds in driverless solutions and driverless cars get better at handling on road contingencies. At some point the regulatory emphasis on human supervision and responsibility will flip to an emphasis on specifications and integrated control systems. At some point automated vehicles will be the norm and a special permit will be required for a human driver to use a public road.

What are the challenges of regulating at the state versus the federal level?

A key argument for the maintenance of states is that they provide regulatory competition. Each with a view to gaining an economic advantage over local rivals. On the other hand the federal regulator sees the nation as a whole and differences in state laws as unnecessary and potentially causing unnecessary regulatory costs. If the states get out first with unique rules, it may be necessary to institute a process to bring the rules into line so that vehicles used in one state will be able to be used in each other.  However, if regulation starts at the federal level or, at least, with federal leadership, there is more chance that a national strategy will be implemented and previous state based experiments will not need to be undone.

Will there be separate state regulation of driverless cars in Australia, or will there be a standard across the whole country?

It is hard to say at this time. Each state is working on its own rules and the National Transport and Infrastructure Council is looking at the issues from a national perspective. The Australian Driverless Car initiative is garnering support.  We are yet to see strong leadership at a political level, except perhaps in South Australia. I think it likely that trials will take place under state laws and by the time automated vehicles are widely used there will be a national framework.

Patrick notes that in Victoria, they have adopted the UK guidelines for testing driverless cars, while he expresses a preference for the standard that the US government has recently proposed, particularly with regards to data collected on the drivers as well as how that data is used in trials.

What are the main advantages of the US guidelines?

Although both cover similar points, the US model appears more comprehensive. The UK is focusing on trialling and testing whereas the US guidelines deal focus more on the what it will take to make driverless cars acceptable in the mass market.

How important is cybersecurity to driverless cars?

Cybersecurity is absolutely critical. I agree the key issues are making sure a cyberattack cannot threaten transport infrastructure or put lives at risk. In relation to customer data, however, it is not just the integrity of the data but the security implications associated with it. Authentication of the person using or directing a vehicle will be critical to holding users to account for costs and ensuring safety. Security of identity and location information (perhaps needed for accountability purposes) will be necessary to ensure the safety and privacy those using the vehicles. There is also a very interesting issue of how to ensure accountability for items carried on or in a vehicle. An automated car could be used to deliver a bomb or dangerously disabled by something on board: how can we ensure responsibility for items carried?

In what other ways are driverless cars likely to have an impact, both in Australia and globally?

Many Australians have a long commute. There are great distances between regional towns and cities. Driverless cars promise to free up a lot of non-productive time behind the wheel and eliminate far too many road accidents due to long periods behind the wheel.  The typical Australian city has underground car parks in its major buildings, commercial car parks in the suburbs and on street parking. Many homes have a driveway and a car port. This land can be repurposed and a great deal of value released. Driverless cars are also likely to lower the cost of transport freeing up recourses for more productive use.