An Issue of Privacy: Surveillance and Digital Governance in Kuwait and Oman

One of the topics covered at the Cybersecurity Ethics conference in Hull at the end of last year, was the digital governance of the countries of Kuwait and Oman, examining how the idea of the Common Good has been defined by both countries and how it has shaped the governance of the internet. 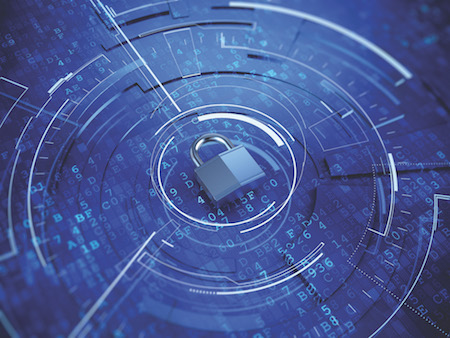 With some of the major issues relating to privacy and security, legislation intended to regulate internet usage has some very clearly defined roles, and this can even be seen in how they attempt to regulate UAVs. Gertjan Hoetjes, a PhD student at the University of Exeter, spoke to the Robotics Law Journal about this topic.

In both Kuwait and Oman, there are various factors at work that drive some of the legislation and regulation concerning surveillance, privacy, and digital governance. The notions of libel and defamation are significant concerns for both nations, codified in existing law, such as Oman’s Penal law which forbids the spread of rumours and “undermining the state’s position”, while outlining punishments for those who undermine the state. When the Islamic interpretation of the Common Good comes into play, the discussion has focussed on the extent to which Sharia law should be extended into individual and collective life.

Initially, when the internet was brought to the country in 1992, it was positioned within an existing legislative framework, which recognised freedom of speech as long as it was in “accordance with the conditions and the manner specified by law”. Sharia, within the constitution of the country, is considered to be a primary source of legislation.

The increasing proliferation of the internet in Kuwait society led to the use of existing legislation as well as the creation of new law. This was to combat the perceived threat that it posed to societal and cultural norms, with the emergence of youth movements, and the ability for individuals to defy their families in the online world, while the country also reacted to the Arab Spring in 2011.

Examples of laws used to prosecute internet users include:

Pre-existing laws have also been used by individuals pursuing private lawsuits against others who criticised or offended them. The underlying themes of public order and internal security as prescribed by an Islamic interpretation run through these laws.

Recently there has been an overall trend of the government encouraging a “positive use” of the internet, including a dialogue between individuals and the government, primarily through social media influencers, especially used to reach the Kuwaiti youth.

Internet arrived here in 1996, four years later than Kuwait. Again, internet use and regulation is embedded in a pre-existing broad legal framework: Basic Law (which considers Sharia the “basis of legislation”), Penal Law, Press and Publication Law, and Defamation Law. Again, freedom of speech is recognised, only so far that it remains within the limits of the law and recognises the Sultan “is inviolable, respect of him is a duty and his command must be obeyed”.

From the introduction of the internet in Oman, blogs, chatrooms and forums have been very popular and all three have been heavily monitored by Omani Internal Secret Services. From 2004 onwards, there has been notably heavier interference by Internal Secret Services and prosecutions of internet users and webmasters of certain forums and blogs. There has been an extensive pattern of blocking websites, such as those that are critical of Islam and websites that give access to anonymising and proxy circumvention tools.

The Oman Spring saw social media platforms and forums used to mobilise protesters and activists, which the government swiftly shut down. Although sparking a strong reaction, the shift of using the internet for speaking out against the government and for activism is significant.

Like Kuwait, there has been a recent attempt to encourage a positive use of the internet. This manifests itself in the establishment of a YouTube channel of the Majlis Al-Shura council, where one can watch a grilling of the ministers, and the E-Oman vision which encourages ministries and municipialities to offer services through the Internet. At the same time, however, the Omani state is still instituting rigid government control over the internet.

Privacy, as well as libel and defamation, are significant factors in both countries’ digital governance, codifying their own Cybercrimes Law recently. According to Gertjan, “The cybercrime law implemented in 2016 in Kuwait is said to improve privacy by criminalising the hacking and spread of confidential data, the illegal possession of important documents and attempts to blackmail an individual. At the same time, the libel and defamation laws aim to protect individuals from false rumours.”

The 2002 Telecommunications Act in Oman is significant for allowing the state monitoring of all communications between individuals by the military and security services, also forbidding the use of encryption. The reasoning behind this ruling is for internal security, as it seeks to prohibit the spread of rumours which run contrary to public order, stating “any person who knowingly sends, through telecommunications system, equipment or media, a message that is contrary to good morals” is the target of the law. All statements made on a website or public forum are then the responsibility of the person that owns, manages, or supervises it, regardless of who makes the statements, essentially ensuring that websites will tend to self-regulate to avoid prosecution.

“Another difference between Kuwait and Oman is that the telecommunications law in Oman allows the military and security services to intercept all communications and forbids citizens to use encryption and VPN-servers,” says Gertjan. “So in that sense, privacy in Oman is an illusion.”

Oman has taken a harder stance overall on this issue. The slightly more liberal attitude of Kuwait can be seen through their history of having merchants able to influence decisions in parliament, ever since the 1930s, combined with their National Assembly (formed in 1962) which possesses strong legislative power. In contrast, Oman has an assembly, the Majlis al-Shura (erected 1991, universal suffrage introduced in 2003), but it has very limited legislative powers.

With privacy such an important issue for both countries, how they account for drones is also worth examining. Kuwait regulates the use of drones, with consideration that drone users respect the privacy of others, while maintaining a system of permits and licences, along with safety requirements of not flying near airports and only in daylight hours. This is mostly in line with a lot of UAV regulation across the world. Oman, meanwhile, bans outright the purchase and use of UAVs. With privacy their main concern, this hard line stance on UAVs matches the extremely rigid legislation put in place to monitor internet use.

Religion and the Common Good

Religion plays a large part in all this, even in Kuwait, because political tensions have been building since 2008/09 leading to the government cracking down hard on internet use. This culminated in the restrictive Cybercrime Laws this year, encouraged by the public with individuals making statements that relate to religion.

The Islamic interpretation of the Common Good is more difficult to enforce in terms of Internet usage, especially given the ease with which different genders mix with each other through the Internet and to exchange pictures and videos. But in terms of legislation, the latest cybercrime laws still contain provisions that aim to preserve the moral and religious norms in both countries. In Kuwait, some laws are there to appeal to Islamists, but are not enforced in practice due to the difficulties of policing the internet as well as a lack of interest from local officials. So in essence, it’s more Islamised on paper than in reality.

How do the countries deal with the omnipresence of the internet in everyone’s daily lives? “Ubiquitousness of the Internet is not necessarily a negative thing for both governments,” says Gertjan. “The internet provides a lot of information for both regimes in terms of surveillance, monitoring opponents and identifying problems before they spiral out of control. At the same time, the youth addiction with social media takes them from the street and allows the physical separation of genders to continue to exist, keeping up appearances while in reality many men and women are chatting through social media channels these days.” Which again gives weight to the idea of the regimes being more Islamic in theory than they are in practice.

Gertjan concludes by saying, “In regards to how both governments deal with Internet technology I think the internal security perspective is paramount. Although the Common Good and its definition does play a role, both regimes are in the end primarily interested to retain their control. This could be seen when looking at the prosecutions in both states, with especially political activists and bloggers being prosecuted by the government.”

related topics
Middle East
recent
Popular
twitter
Tweets by RLawJournal
Your experience on this site will be improved by allowing cookies.