Artificial intelligence is at the heart of India’s economic strategy, according to finance minister Arun Jaitley. As part of his budget speech for 2018-19, Jaitley recognised the potential of artificial intelligence (AI) to transform economies and the need for India to strategise its approach in order to maximise the benefits of the technology. 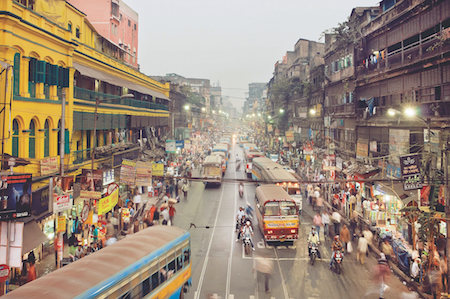 shutterstock
Radiokafka / Shutterstock.com
The newly created National Institute for Transforming India (NITI Aayog) will establish the National Program on AI to guide the research and development of new technologies. NITI Aayog has adopted a three-pronged approach – undertaking exploratory proof-of-concept AI projects in various areas, crafting a national strategy for building a vibrant AI ecosystem in India and collaborating with various experts and stakeholders. This drive has been branded in India as #AIforAll on the premise that India has the potential to become a global leader in AI.

In determining the national strategy for AI, NITI Aayog’s main priority was to identify applications with maximum social impact, learning from the best of the world in regards to recent technological advancements in AI, and leveraging approaches that democratise access to AI.

The approach has been to identify sectors that most require the government to directly develop an implementation roadmap for AI, so that regulatory frameworks can be created engaging with the correct stakeholders. Such industries that can provide huge societal benefits through the adoption of AI include:

China and the UK estimate that 26% and 10% of their GDPs respectively in 2030 will be sourced from AI-related activities and businesses. In recent years, policy positions of countries around the world have been published – the US released its AI report in December 2016; France published its AI strategy in January 2017; Japan, China, and the UK all released reports throughout the year 2017.

The infrastructure for developing AI have been planned by many countries, such as through the creation of “data trusts” designed for better sharing of data, which is key to AI’s development; rollout of 5g networks; and open source software libraries are among the measures highlighted in many of these strategy reports.

The three components that drive the strategy for India are:

These have been devised to make sure that the AI policy framework is based on India’s unique needs and strengths, and is capable of leveraging the full potential of AI in India.

Relying on the commercial sector to develop these areas has not resulted in a high enough take-up of AI, due to the financial rewards being less substantial than the social benefits. A national strategy needs to take over that involves government, regulators, and industry stakeholders at every stage to address barriers facing the widespread adoption of AI in India.

Many barriers to AI adoption may appear to be limited to the specific sectors. With healthcare as an example, large scale adoption of AI requires the following factors to be addressed:

However, across all five sectors, the challenges that each one faces are concentrated across distinct, common themes. The barriers that NITI Aayog have identified are:

Appropriate handling of data, ensuring privacy and security, is incredibly important in developing an AI framework. Protection of data to ensure that it is not used without the owner’s consent, identification through data, data selection bias, are all issues that encompass the data challenge, which needs to be addressed as it is AI’s main resource. Full implementation of data protection frameworks is recommended by NITI as well as promotion of adoption of international standards.

For India to become a hotbed of AI innovation, it requires a new, more robust intellectual property framework. According to the Global Intellectual Property Centre’s intellectual property index of 2018, India ranked 45 out of 50 countries. Its score of 12.03 improved on the previous year’s score of 8.75. This is due to efforts to bring its IP regulations up to speed in a push to boost entrepreneurship in India as part of prime minister Narendra Modi’s “Make in India” and “Startup India” initiatives. In 2016 the government’s National Intellectual Property Rights Policy formed the foundations for a more robust legal framework that would comply with global standards in order to reduce copyright infringement. Trademarks have also been made easier to register online, also reducing the 13-month review period to eight months, with a further view to bringing that wait down to just one month.

Lax administration and enforcement of these new rules mean that copyright infringement is still at a much higher rate than other countries. Its index score is further hurt by India not being signatories to a number of international intellectual property treaties. The UK and the US (which hold the top two spots on the index) benefit greatly from these treaties. An international-facing India is therefore key to improving the IP regulatory landscape, an attitude which NITI has adopted from the outset.

NITI Aayog has highlighted some of the measures that India’s government can take to tackle some of the barriers to AI adoption. In order to make India a global centre of AI research, a dual framework to promote both core and applied research is proposed:

Establishment of IP facilitation centres is also highlighted as a measure to tackle the IP problems, in an effort to bridge the gap between practitioners and AI developers, while ensuring that the patent laws are not too narrow-focussed and stringent when applied to AI, given its unique developmental position.

It has also recommended that “moonshot” ideas are pursued – ambitious projects that aim to push the technology frontier, which would necessarily require world class personnel, equipment, and knowledge. Some experts believe that moonshot ideas should be pursued by the private sector instead of through government initiatives, as they already have the requisite resources and expertise to bring them to completion, but NITI sees the inherent risk involved in them as being ill-suited to the functioning of most corporations. For these moonshot ideas to succeed, the IP regulations need to be strengthened to promote entrepreneurship and innovation.

The changing nature of the global service sector provides India with a unique problem. As other countries begin to automate many skills, the jobs that have been outsourced to countries such as India will dry up (outsourcing accounts for 15% of India’s total workforce). Poor infrastructure will pose a significant challenge to a population needing to up-skill or retrain. Government-led initiatives to incentivise retraining will be necessary to account for this loss of workforce, and this can be done by standardising informal training institutions, given that many people in India have already recognised the potential of AI and have begun training in informal centres; creation of financial incentives for companies for reskilling employees in the IT industry; creation of open-source platforms for learning; and incentivising creation of jobs that could constitute the new service industry to replace those IT jobs that will be lost, which will be involved in the new AI solution development value chain.