Tata Consultancy Services have surveyed large companies from across the globe on how they utilise and invest in AI, or cognitive technologies. 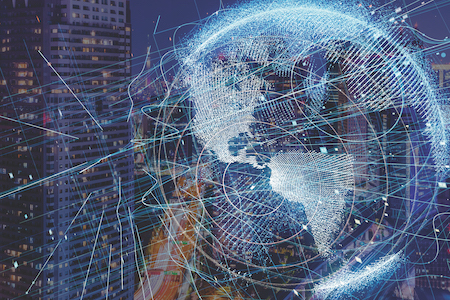 Conducted in 2016, Tata surveyed 835 companies from North America, Europe, Asia-Pacific, and Latin America and how they have been using cognitive technologies to improve or even redesign their methods of operations, and how they intend to head off any potential fears over job losses that could be heralded by Industry 4.0. A picture emerges of interested experimentation but lacking anything truly transformative at this stage.

How is AI being used?

An interesting case study used in the survey is that of the Associated Press (AP) service in America. From the outset of deploying artificial intelligence to write a selection of stories, they were at pains to remind their human staff that there would be no job losses, that automation would not be risking their jobs. Instead of replacing jobs or tasks that the journalists were doing, AI has allowed Associated Press to create a new task that only a machine would be able to effectively do. Since 2014, it has been using AI to automate the creation of routine stories on the quarterly financial reports of public companies.

Prior to the employment of AI, AP staff were only able to cover about 6% of all the possible quarterly findings. This is just because of the sheer number of companies that list their shares on the US stock market – over 5,300 – and the simple fact that writing each story on their quarterly earnings takes approximately 30 minutes. With only 65 business reporters and editors, there was no way for humans to tackle that huge number for any tangible reward – it is estimated that covering them all would take up 10% of AP’s business staff time, solely on the one task. Employing AI to take the financial data and generate stories has the result that AP staff are free to work on more in-depth stories and to keep the variety of output that is one other goals.

AI used in this example obviously doesn’t have to understand the nuances of such data or stories, because the articles being generated are purely factual reporting of numbers. This helped to allay fears over job losses, as it was clear that human cognitive tasks were not being replaced.

Interestingly, in their responses to the survey, most companies ranked fears over job losses as the lowest priority factor in how to gain benefits from cognitive systems. This not to say that it was a neglected factor, only that it rankled lower when compared to other priorities such as security of systems against hacking, or wanting managers and employees to trust what an automated system is advising them to do. Integration with humans and cognitive technologies is an understandable desire for these companies that are planning to expand their involvement with AI, given that jobs such as legal, corporate level, procurement, and HR are all estimated to face around 5% net job elimination by 2020. With both jobs being removed and new ones being added, the ability to trust an AI is going to be a valuable skill for companies to succeed.

The companies were asked in which departments and functions they used AI. The clear winner, not unexpectedly, was IT, with 67.5% of the companies responding that they used cognitive technologies to assist in that function. The next highest was customer service with a percentage that was less than half of IT. Legal lagged behind all other functions in the survey.

The use of AI in IT is obvious as it is able to assist IT departments in tasks such as computer security, resolving users’ tech problems, reducing production management work, and doing run-book automation. These IT tasks are well suited to this scale of automation and the investment and employment of AI in their area is unsurprising.

Beyond IT, it was the forward-facing functions that look to gain most from cognitive technologies: customer service (31.7%), sales (29.4%), marketing (29.3%), while functions such as procurement (9.6%) and legal (3.5%) showed a distinct lack of utilisation of AI. The tasks that can be automated in the front-facing functions include automating call distribution, solving complex customer problems, guiding salespeople on customer interactions, and monitoring social media. The outputs of these tasks warrants heavier use and investment, compared to departments such as legal where it would simply be used to speed up tasks such as contract examination, identification of legal cases, or identification of legal problems, rather than innovating new tasks.

For the most part the usage of cognitive technology was fairly consistent across the world, notable exceptions included Asia-Pacific and Latin American companies citing higher use of AI in IT, while North American firms invested more in marketing applications than other regions.

Those companies who generate the greatest revenues and cost improvements from AI in Tata’s sample are designated as “leaders” while those with the smallest revenues and cost improvements are termed “followers”. The survey found that the leaders outspent the followers by a factor of five. And it is the leaders, the bigger investors, that see AI as being key to their ability to compete at the top level, as well as being more likely to use it at the corporate level. When asked to project their spending in 2020, again leaders look set to outspend the followers by the same rate.

Leaders are making far bigger AI investments because they see them as central — not tangential — to remaining competitive. With the AI technology not being overly expensive, leaders spent, on average, nearly nine times as much as followers did in 2015 on their cognitive systems projects: $157 million per survey respondent vs. only $18 million for the average followers. Even though their companies were twice as big in annual revenue on average as followers ($30 billion vs. $15 billion), leaders still outspent them on AI initiatives by a ratio of five to one: AI leaders’ spend in 2015 was 0.5% of revenue, compared with only 0.1% for the followers.

The largest differences in spending between leaders and followers occurred in the corporate level, finance and accounting, distribution and logistics, and human resources, none of which are customer facing. Neither leaders or followers are spending much on using AI in legal departments, nor do either believe that AI will have significant impact in that function, again going for IT, customer facing, and the corporate level. So for now, it seems, legal jobs in these large companies are unlikely to change much in the coming years.