The lay of the land: patent law and AI inventors 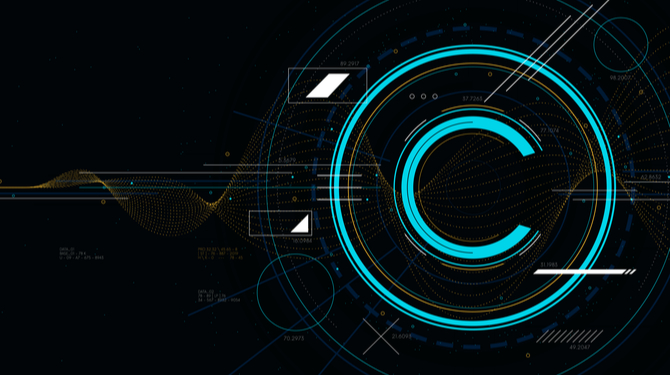 Looking at the current patent laws of various countries, there are no laws recognising AI systems or machines as inventors. Major global intellectual property authorities such as China, the United States, Japan and Korea all regard inventors as natural persons, and Lithuania and Estonia, contracting states of the EPC, also explicitly limit inventors to natural persons that created the invention.

In October and November 2018, Dr Stephen Thaler filed two European patent applications, listing an AI machine named DABUS as the inventor. Mr Thaler designated the AI machine as the inventor for two reasons: 1) the European Patents Office (EPO) does not explicitly state that the inventor must be a natural person; and 2) the invention was created by an AI and the applicant is obliged to disclose the true inventor to the public.

The EPO rejected both applications on the basis that listing an AI as an inventor is not in compliance with Article 81 of the EPC and Rule 19(1) of its Implementing Regulations, which require the designation of an inventor. In its decision, the EPO held that a machine has no rights and legal personality to exercise rights, cannot be employed, nor can it have any legal title over its output that can be transferred by law or by agreement.

A review of the patent application process in the United Kingdom shows that the UK Intellectual Property Office (IPO) does not accept the designation of an AI machine as an inventor. The IPO believes that even if the AI machine is regarded as the inventor, it is unclear how the applicant would obtain the ownership of the invention from the machine because the AI machine is incapable of owning any rights.

The EPC supports and further expands the position held by the UKIPO. In Thaler v The Comptroller-General of Patents, Designs and Trade Marks, the EPC held that merely inventing something would not result in a patent being granted to an inventor. For an invention to be granted, a patent must be applied for, which can only be done by a person. As an AI machine is incapable of submitting patent applications for their inventions, it could not be regarded as an inventor under existing UK patent laws. The EPC also holds that an AI machine is incapable of holding and transferring property rights, which an invention, an application for the grant of a patent and the patent itself all are. The court did leave open the question of if the owner of the machine (as a person) could apply and then rely on the invention having been devised by the machine. Dr Thaler had expressly declined to make this argument and the judge left the matter by saying the argument was not an improper one.

Title 35 of the United States Code, Section 100(f) (35 USC §100(f)) stipulates that the ‘inventor’ means the individual or collective group of individuals who invented or discovered the subject matter of the invention. 35 USC §115 also stipulates that each inventor must also execute an oath or declaration in connection with the patent application.  A machine will be incapable of making such an oath or declaration.

In Japanese patent law, though the inventor is not clearly defined, the interpretation of the relevant provisions of the Japanese Patent Act and judgement of the courts show that Japan adopts the principle that ‘inventors are limited to natural persons who have actually performed the creative activity’.

In relation to inventorship, all the countries discussed have adhered to ‘inventor-centrism’ and clearly delineated between machines and humans. In fact, the five major offices of China, the United States, Europe, Japan and South Korea reached a consensus on AI in the IP5 expert roundtable held in October 2018 that although it may be difficult to determine whether a specific invention was made by a human or machine, the inventor must be a natural person.

Patent applications in the AI field are usually significantly different from those in other fields. For example, solutions usually include algorithms and other intellectual activities and methods that are considered non-technical features. Such intellectual activities and methods are generally excluded by patent laws of various countries. In order to provide clearer guidelines and rules, major global IP organisations that handle most AI patent applications have taken steps to modify and improve patent examination rules to cope with the rapid developments in technology.

In December 2019, The China National Intellectual Property Administration (CNIPA) issued a revision of the Patent Examination Guidelines, which came into effect on 1 February 2020. The revised Guidelines focus on the examination rules for patent applications involving algorithm features or business rules and methods. In order to determine subject-matter eligibility, the CNIPA refers to Articles 25.1(2) and 2.2 of the PRC Patent Law (in this order). Specifically, claims that do not contain any technical features but involve abstract algorithms that fall within rules or methods for intellectual activities under the scope of Article 25.1(2) will not be considered as patent-eligible subject matters. However, if the claim contains technical features in addition to the algorithm and is overall not a rule or method of intellectual activity, it should not automatically be denied subject-matter patent eligibility. Instead, it is then necessary to examine whether the claim falls within the ‘technical solution’ described in Article 2.2 of the PRC Patent Law. If the claim states that the technical problem to be solved uses technical methods utilising the laws of nature, and achieves a technical purpose in line with the laws of nature, then the solution described in the claim is within the scope of the ‘technical solution’ described in Article 2.2 of the PRC Patent Law.

In November 2018, the EPO revised its Guidelines for Examination, adding guidelines for AI and machine learning. According to the EPO, AI and machine learning are based on computational models and algorithms, and such models and algorithms are of an abstract mathematical nature. Since certain terms that refer to abstract models and algorithms do not necessarily imply the use of technical means, it can be considered when examining if the claimed subject matter has a technical character. In addition, the EPO considers that if a classification method serves a technical purpose, the steps of generating the training and training the classifier can contribute to the technical character of the invention.

The US Patent Act does not limit subject matter eligibility of patents but provides exceptions through judicial precedents, namely the exclusion of abstract ideas, laws of nature and natural phenomena. This is shown by the Mayo case in 2012 and the Alice case in 2014, which sets the standard for judging patent-eligibility subject matter. In order to make the application process more consistent, the US Patent and Trademark Office (USPTO) subsequently issued the 2019 Revised Patent Subject Matter Eligibility Guidance in January and the October 2019 Update: Subject Matter Eligibility. The revisions elaborate more on Step 2A of the Alice-Mayo test, which determines whether a claim recites a judicial exception.

The particularities of AI patent technologies, such as support vector machines and artificial neural networks that are commonly used in AI algorithms, are black box models, difficult to explain and naturally contradict the basic principle that an invention must be made public to be entitled to be in the patent system. Therefore, the sufficiency of disclosure of AI patent applications is of great interest.

Article 83 of the European Patent Convention states that a European patent application shall disclose the invention in a manner sufficiently clear and complete for it to be carried out by a person skilled in the art. In addition, Section 1, Chapter III of Part F of the Guidelines for Examination points out that since the application is addressed to the person skilled in the art, it is not necessary nor desirable to give details of well-known ancillary features, but the description must disclose any features essential for carrying out the invention in sufficient detail to render it apparent to the skilled person how to put the invention into practice.

Article A36 (4) (I) of the Japanese Patent Act states that the description shall be clear and sufficient as to enable any person ordinarily skilled in the art to which the invention pertains to work the invention. According to the JPO, training data with multiple types of data for machine learning is used in AI-related inventions. Conditions for determining sufficiency of disclosure include the condition where it can be recognised that there is a certain association between the various types of data, such as a correlation or where it can be presumed that there is a certain correlation between the multiple types of data in view of a common general technical knowledge.

Article 56 of the European Patent Convention states that an invention shall be considered to have inventive step if, having regard to the state of the art, it is not obvious to a person skilled in the art. Section 5, Chapter VII of Part G of the Guidelines for Examination establishes the ‘problem-solution approach’, which sets out three main stages to assess inventive step in an objective and predictable manner. In particular, when assessing the inventive step of a claim containing technical and non-technical features (often the case with AI-related inventions), the problem-solution approach is applied in such a way as to ensure that all the features which contribute to the technical character of the invention are taken into account, while features which do not contribute to the technical character of the invention should not be considered.

Wensen An is a patent lawyer and director of the Lusheng law firm, a member of the Rouse Network