The Emergent Potential of Driverless Trucks

While self-driving taxis make the headlines, both positively and negatively, the area of driverless trucks is also being quietly explored. Many start-ups across the world have begun to design and test autonomous trucks, with uses from haulage to port-based activities in China. 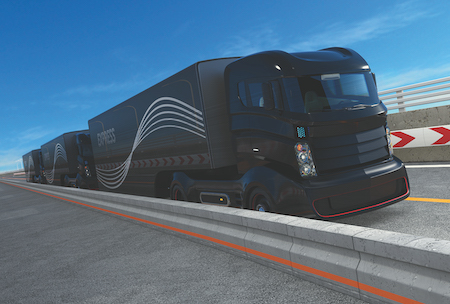 With a different set of challenges than passenger cars operating in cities, progress on the development of autonomous trucks has so far been slow, in spite of the economic benefits associated with the technology, but there have been strong calls from industry players to begin regional and national formation of standardised regulations.

In February, Starsky Robotics sent a truck with nobody inside down a seven mile stretch of road in Florida, where regulations on autonomous vehicle testing are as lax as they are in Arizona, the testing hotspot for driverless taxis. Starsky expects that it will be able to start making driverless deliveries before the end of the year. Also entering this area is companies such as Uber’s Otto, Tesla, Google’s Waymo, and Daimler, highlighting the high expectancies for this industry.

There are many benefits to using driverless trucks instead of human-operated ones. Self-driving trucks will be able to use routes that are not suitable for human drivers, potentially minimising driving time. Platooning trucks, a concept that has already been trialled, will help on fuel costs and driverless trucks will be driving more regularly than their human-operated counterparts with less start and stop – so they will have better fuel efficiency, or what is known as driving “hypermile”.

Concerns remain over human jobs being displaced, though initially this will be beneficial to haulage companies because there is currently a shortage of drivers; offsetting some jobs to robots will allow for better staffing overall. In the long term however, there will inevitably be fewer truck driving jobs, but, as with driverless taxis, this issue needs to be weighed against the safety aspect. Over 4000 people lose their lives in accidents involving trucks in the US, while self-driving vehicles are expected to significantly reduce this number.

In China, the port of Caofeidian is set to become the world’s first autonomous harbour by the end of the year. A specialist in self-driving trucks, US-Chinese startup TuSimple is replacing human-driven terminal tractor-trucks with twenty autonomous vehicles, while a separate company will handle crane automation. The movements of both technologies will be controlled by a central control system.

A harbour provides a closed system for testing, with a much more controllable environment than commercial roads and highways, while demonstrating different ways that self-driving trucks can be used than just deliveries. The efficiency gains are impressive, with the autonomous system able to work in complete darkness, as well as reducing the number of people required to unload a cargo ship from sixty to nine.

TuSimple’s trucks also use an alternative solution to the standard laser-based radar (LIDAR) showcasing the flexibility of the technology. It uses ten cameras to gain information about its surroundings, gaining a huge amount of 360-degree data. They gather information at thirty frames a second, giving it accuracy beyond a 300 metre radius in object identification, including black vehicles which have troubled LIDAR systems. This might be potential competitor to LIDAR technology, compounded by its price tag – Tesla has stated that the “expected” price of its autonomous truck will be from $150,000, while TuSimple’s technology is thought to be around $20,000.

If the Caofeidian experiment is a success, then the potential for this technology is obvious at a glance, with the number of deep water and inland ports around the world that could benefit from automation. TuSimple is already in talks with other ports showing interest in this area.

The safety, economic, and environmental benefits of self-driving trucks make a powerful argument for bringing in legislation to allow them to take to the roads sooner, rather than later, but they are still in a curious place with regards to regulations. In the US, large commercial vehicles have been left out of the regulations of autonomous vehicles despite accidents involving trucks having the potential for much greater damage. Furthermore passenger cars face different issues than trucks and the regulations need to reflect that.

In theory it should be much easier to automate a truck given that it is primarily deployed on long straight motorways with little steering and an absence of pedestrians and other obstacles. However, an issue facing self-driving trucks is defining exactly how the computer system will be deployed and what level of automation is being used. “Platooning” is a system being trialled whereby a group of trucks synchronises its controls, such as braking on motorways so that they can drive much closer together than would be possible if humans were driving, in an effort to save on fuel through reduced air resistance.

Human drivers would still be required for certain operations in truck platoons, such as navigating the separation of the trucks at junctions. Starsky Robotics envisions these human-driven operations being conducted from a remote base, in a similar manner to a predator drone. What is clear is that humans won’t be removed the equation entirely, lessening the burden of automation.

Harmonisation of regulations is required to realise the potential of driverless trucks so that they can pass across borders with ease. A patchwork regulation landscape will hinder the driverless truck sector, inhibiting the financial benefits afforded by the technology. This applies across national and regional borders, such as US state lines where regulations can vary wildly. Big names in the automotive industry as well as state regulators have been calling on the federal government to create a national set of regulations. The European Automobile Manufacturers Association wants European countries to agree on providing regulatory continuity on border lines, otherwise it is feared that investment in autonomous driving technology will be stifled.

Regulation of driverless vehicles is still in a very formative stage, with much of the focus on the area of passenger cars and the ride-hailing business opportunities in cities, but many governments have begun to shape their regulations to cover this promising new area of driverless automation. Whether they will be able to coordinate efforts to ensure that development of this sector can speed up what has been described as very slow progress remains to be seen.