As of 29 August 2016, the Federal Aviation Administration (FAA), has published a new rule governing the flight of drones in the US. Lisa Ellman, Partner, and her team in Hogan Lovell’s Washington office, look at the implications for the drone industry. 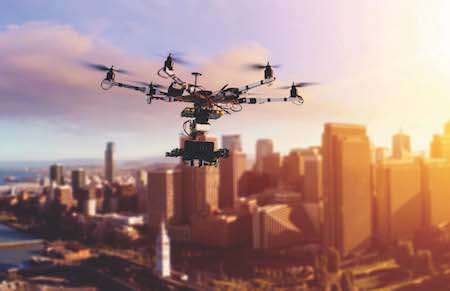 Until the end of August, companies looking to fly unmanned aircraft systems (“UAS” or “drones”) for commercial purposes to enhance their business operations in the United States – whether for inspections, security or aerial photography, among other purposes – had to apply for a special license from the Federal Aviation Administration (“FAA”). That “Section 333” approval process was burdensome and costly, and constrained true expansion within the UAS industry.

That changed on August 29. We have reached a milestone, as the final rule for the operation and certification of small UAS (Part 107) has officially gone into effect – for the first time, broadly authorizing commercial UAS operations with small drones in the United States. The new rule permits the commercial operation of UAS weighing less than 55 pounds, and includes the following key requirements and operational limitations:

We have reviewed many of the conditions and limitations imposed by the rule in greater detail elsewhere. The FAA has recently released additional guidance on studying for the certificate test, applying for waivers, and how to operate in controlled airspace. Over the last few months, we have received numerous questions from our clients about what this new small UAS rule means for them and their businesses. To commemorate the implementation of this historic final rule, we have come up with our own “Top 10 Q&A List” relating to UAS use and the Aerospace, Defense and Government Sevices (ADG) community:

Although Part 107 has been broadly welcomed by the expectant industry, there are still quite a few areas that need further explanation. According to Ellman, “Part 107 going into effect was a significant step forward for the commercial drone industry in the United States, and represents excellent progress. However, to truly unleash the potential for the industry, we need to move beyond the rule. We need additional rules that broadly authorize safe flights above people, beyond visual line of sight and at night.  Otherwise, critical UAS operations that often must occur in these conditions, such as disaster response, pipeline inspection, news gathering or time-sensitive agriculture operations, will be stalled.”