Surprising trends behind the IP of autonomous robot technology. 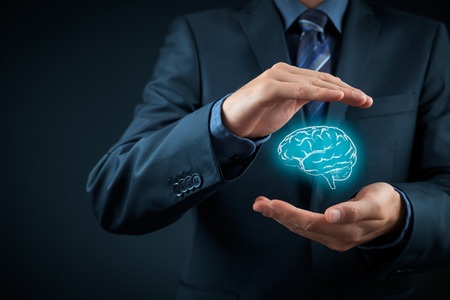 Autonomous robots are disrupting large industries and propelling the development of entirely new product lines – from self-driving cars, to farming and mining machines, to manufacturing and domestic robots. IDC (International Data Corporation) projects the robotics market will reach $135 billion by 2019, with two-thirds of purchases coming from Asia.

According to research conducted by Innography, a CPA Global company, patent applications provide a unique source of insights about companies’ R&D strategies and future product plans. The patent filing trends show that incumbents are moving quickly to create defendable innovations while new entrants are pushing their intellectual property into new use cases.
The huge growth of patent applications in China shows that country’s enormous market potential and the robotic innovation that is being driven by companies and universities in China.  Companies should proactively monitor patent filings to track product innovations in China, be alert to emerging competitors, and to understand the technology state-of-the art in the world’s second-largest economy.

Innography conducted a patent analysis of over 27,000 patents focusing primarily on sensing, processing and autonomy systems for any kind of autonomous robot. They looked at filing trends by jurisdiction, by industry sector and by company.

For most of the past decade, the US led the industry with the most patent filings for robotic innovations (based on application publication year), followed by Germany and other European filings. Filings in China were almost nonexistent as late as 2011, but growth in applications surged exponentially and in 2014, China took over as the highest-filing jurisdiction. In 2015, Chinese patent filings represented an impressive 44 percent of published patents in robotics globally.

Within “Other” jurisdictions, Japan led in filings since 2006 and surged in recent years, surpassing Germany and other European countries in 2015. South Korea has also seen a steady increase over the last decade.
The university system is a key driver of patent filings in China. Of the top ten universities filing patents in robotics, the first nine are Chinese universities (the tenth is Taiwanese).

Every industry’s patent filings have grown over the last decade, except for Heavy Equipment.  The Automotive industry has led all categories in patent filings, followed by Electronics, which are used in every robotics scenario. Software & eServices has had the most dramatic increase, while Electronics also increased substantially.

Consistent with the top use case of autonomous vehicles, the top five filers are all related to the automotive industry:
As the top non-auto industry company in the list, Alphabet (parent of Google) has invested heavily in self-driving cars and also owns robotic patents from its Boston Dynamics subsidiary, as well as hardware-related patents it purchased from Outland Research.

Top filer General Motors represents only two per cent of the patents in the set, indicating a high number of patent filers in robotics worldwide. With so many companies expanding into these technology areas, the lack of any dominant patent filers implies that there will likely be many intellectual property collisions in the future.

The published patents of the top six organizations shows a dramatic upward trend over the last decade, and continuing into 2016.  While General Motors was the top filer for several years starting in 2012, Alphabet leapt ahead in 2015 and has continued to extend its lead in 2016.

The autonomous vehicle space shows a fairly steady increase in filing activity until 2013, when US and “Other” jurisdictions (primarily Japan) declined. On the other hand, filing in China trends sharply upward, with that country becoming the top jurisdiction in 2014.

The patent filings in Autonomous Vehicles encompass many different technologies and use cases, from steering to image processing to wireless communications. Car companies have been extremely proactive in investing in autonomous vehicle research, with patent applications, partnerships and acquisitions driving the development of new products.

Ford, for example, filed a patent for an automotive drone deployment system that covers flying drones scouting ahead for self-driving cars but related industries will also be disrupted by the shift to autonomous robots.

Finally, entirely new industries and product categories will be created, such as:

MIT researchers have created a foldable robot that can do small scale local surgery, deliver medicine or remove foreign objects. The accordion-shaped robot is folded up and encased in ice, and then swallowed by a patient inside of whom the ice melts and the robot unfolds.

From there, the robot can be directed to travel to a specific spot in the intestine via magnetic guidance, and perform its assigned tasks. One of its most important tasks is expected to be to capturing and expelling button batteries swallowed by children. Once its task is completed, the robot body and the control magnet can be expelled normally.

The device is in the prototype stage and expected to start animal and then human studies on the path to FDA approval in the United States.

US Litigation Overview and Trends

Patent litigation in robotics is increasing at a high rate. The large number of cases filed recently in the Eastern District of Texas indicates that patent assertion entities (PAEs) are likely becoming more active. The prevalence of cases filed in the Northern District of California are due almost exclusively to a private entity named SoftVault Systems, which also appears to be a PAE.

Looking at the litigation plaintiffs and defendants, two trends emerge. First, and nearly without fail, the top plaintiffs are small entities and the defendants are larger entities. In other words, small inventors and PAEs are consistently suing larger corporations over infringement. Second, some of these small PAEs are frequent litigants against multiple defendants. Given that this is a “hot” technology space that has been under development for many years, the presence of PAEs is not surprising.

The litigation shows a relatively large number of losses to plaintiffs. More than forty-six percent of cases were dismissed by court order or voluntarily by plaintiffs, indicating that nearly half of the cases were probable losses, in whole or in part, by plaintiffs.

Autonomous robots are disrupting multiple industries and creating wholly new product categories and markets. Cross-over technologies are forcing incumbents to incorporate many new technologies and to find new partners and suppliers in order to capture market share in the new world order.