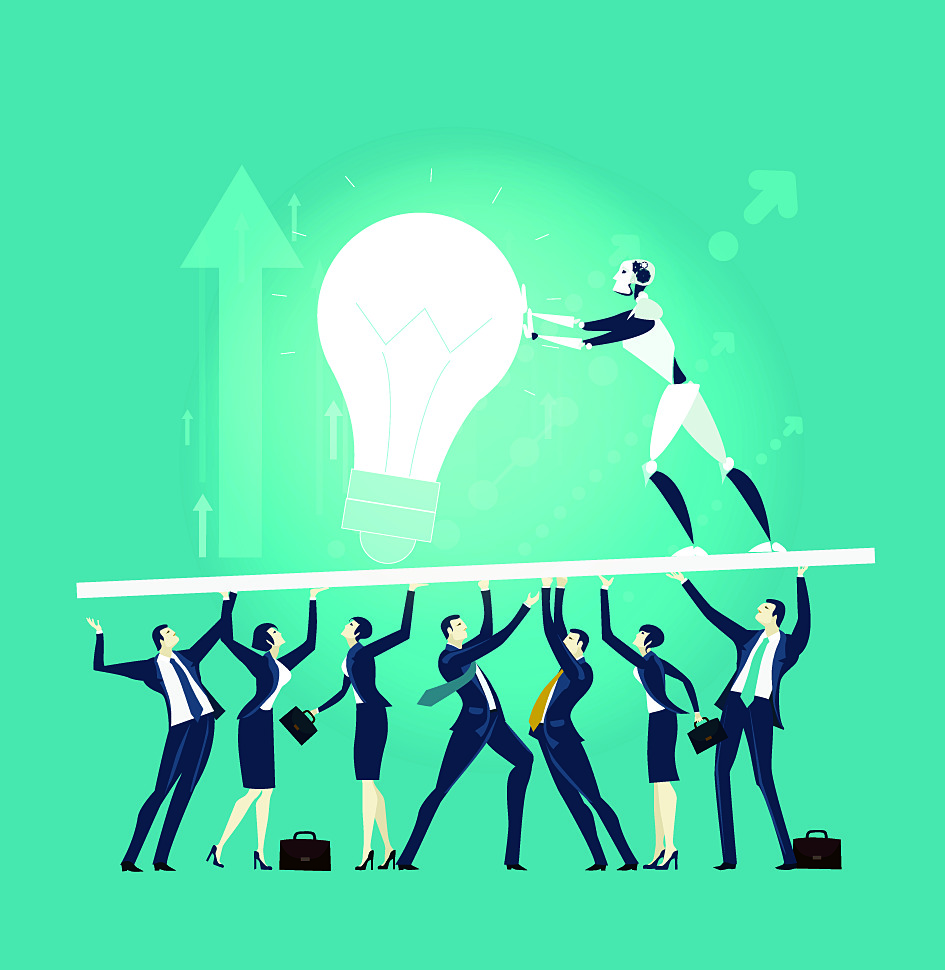 The legal profession and the court systems have never been particularly accommodating to the people and organisations they serve. But the digital transformation of how law is availed is changing things. The revolution is two-pronged. We are now on an entirely new route for how "normality" is constructed.

Robotic process automation (RPA) is a norm builder. RPA makes it possible to automate the legal front office, back office and support functions. The legal workload, from contracts to case management, can in part be processed by rapid and informed AI decision-making. Traditionally, lawyers scripted and negotiated the reality, the facts and the legal arguments about contracts. This reality has ended.

There is a major tension between the "rule of law", which is based on geographical boundaries, and the "rule of code", based on topological constructs. The regulation of cyberspace is positioned at the junction between these two normative systems.  The two systems can cooperate with one another. They can also compete with each another.

Law and code both amount to control mechanisms. Each mechanism has its own benefits and limitations. The main drawbacks of the law are its ambiguity and uncertainty. But these drawbacks are also its greatest strengths, because they give legal and contractual rules a degree of flexibility and adaptability. Computer code automation and guaranteed execution characteristics are plus points. But rigidity and the inability to keep pace with changing circumstances also have significant drawbacks. How "rational man" mind-sets deal with this stuff remains to be seen.

Governments recognise the potential that the "rule of code" has to maintain the "rule of law". States have already extended their control by requiring intermediaries to change their computer code in order to maintain and respect domestic jurisdictional laws.  So we don’t need to ask ourselves whether we would rather live in an ‘either/or’ world, where most of our economic transactions and social interactions are constrained by the rules of law or the rules of code. In fact, we can’t even ask the question, because we no longer have the option to.

The use of an inherently cross-border technology will not cause national borders and jurisdictions to evaporate. But the most chronic cost – and time – gremlins of international relationships are laws and lawyers, along with their differing approaches to the resolution of disputes. If the rule of code can singlehandedly reduce this chronic waste factor, the rules of law will be forced to take a back seat.

The arrival of smart contracts, decentralised autonomous organisations and online dispute resolution give users a truly alternative path to secure remedy and redress. What "persuasive authority" actually means is redefined.  The "skill" involved in drafting a legal document is demystified. A global inventory of legal forms, clauses and explanatory notes is now readily available, online. Blockchain and DL technology can algorithmically enforce private agreements. In consequence, the role that lawyers play in assisting clients to assert and enforce contractual legal rights has dramatically altered.

When in self-regulatory mode the sharp, self-serving cartel practices of all trades and professions are easily enforced and easily glossed over because club edict issuance and stonewall tactics is the norm. But consumers are able making their own decisions now about how they want to buy legal services in these changing industries.

Take finance, for example. With 30 years of credit trading experience running the trading desks as an MD of both Nomura and Mizuho, James Godfrey is now a true Blockchain evangelist. He says, “Having been at the forefront of the explosion in electronic trading it is obvious that Blockchain is the financial markets Chuck Yeager moment!”

Godfrey deems Blockchain a game changer for financial institutions, for the legal profession and for their clients. “Digital assets are removing the financial services middlemen. The traditional legal services input from lawyers is taking a serious hit too because boiler plate documentation suites for capital markets products are becoming the norm.”

The rules now in play

To the mind of a lawyer, a code can never be exclusively governed by that code because the code cannot usurp the human prerogative to resolve legal disputes. But the law protractedly accommodates multiple versions of truth – and events – between parties. In cross-border situations multiple layers of laws, rules, regulations, practises and procedures abound for even the most basic legal issue.

If a rule of code can enable self-enforcing behaviour, eliminate multiple versions of the truth and eliminate third-party verifications then this option constitutes a formidable game changer in a litigation context too. Legal technology now encompasses machine learning algorithms and natural learning processing. This AI aspect demands mind-set transformations from litigators.

Angharad Start, of 3 Verulam Buildings, is a seasoned litigator. She has led Counsel teams in a number of high profile cases involving serious allegations of fraud and financial crime. Start is acutely aware of the issues in play, “As last week's dismissal of the SFO's second trial against two Tesco executives illustrates, a case is a construct with each constituent part needing to bear weight to avoid collapse. It is here that the AI seep into litigation commences: from the underlying investigation itself through to the crosscheck of the case structure. The distance from Google AI chess play to AI in the court room is not as vast as some may think.”