The UK legal sector has never been more dynamic than it is today. Good people and a good client base are the starting point for any successful law firm, but the choices that must be made to secure and build on those fundamentals have become more complex. A recent survey by Fox Williams and Byfield Consultancy, "From Recruitment to Robots" highlights the growth strategies that law firms are using and the investments that they are planning to make to secure their future in the legal market place. 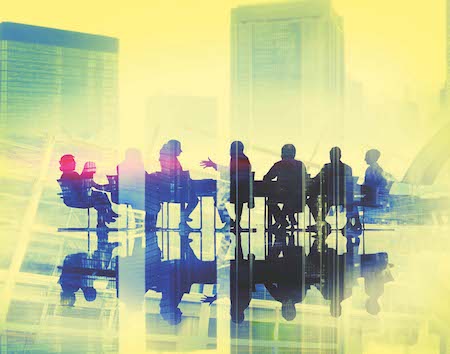 Although previous research showed law firms looking to mergers and consolidation of the market for growth, mergers have not completed in the numbers envisaged. In this research, canvassing 76 of the top 200 UK law firms, 86% of respondents identified merging as having the greatest risk of reducing profitability when compared to other growth strategies. Of the 55 respondents which have not merged (72%), only one quarter are seeking a merger (26%), whilst over two thirds (67%) are not looking to merge in the next two years.

Conversely, 83% chose increased investment in technology as having the best prospects for increasing a firm’s profitability, followed by recruiting a team (71%). Firms appreciate that the future does not lie merely in increasing size for its own sake but in gaining a competitive edge by selectively recruiting and using technology to drive service up and costs down.

Although a large majority of respondents believe solicitors will continue to be primary providers of legal services in England and Wales, it is telling that a sizeable minority (28%) foresee a time when solicitors no longer hold a dominant position in the legal market place. Technology is seen as a double-edged sword, with 50% of respondents ranking it as a bigger threat to law firms than alternative legal providers and in-house legal teams.

There will be winners and losers, both at a firm and individual level.  As technology and paralegals reduce the demand for trainees and junior lawyers, this may be creating a future shortage in senior lawyers. The prospects for aspiring solicitors are bleak, but potential winners include those with skills hitherto rarely employed by law firms in the mid-market, such as project managers, software developers and data analysts.

By contrast, it is technology which is keeping many law firm leaders both excited and apprehensive. Over four fifths (83%) of our respondents believe investment in technology to have the greatest potential to increase their firms’ profitability. Understanding what the various technologies do and their potential applications within law will be essential. One respondent to our survey believes that, "We may see a technological arms race between law firms where it will be important to invest in the right products."

In our survey, investment in technology, properly implemented, was identified by 83% as being one of the essential strategies for boosting a firm’s profitability. And many managing partners are putting their hands in their pockets to back up their commitment. More than half (55%) said they have made a substantial (over £100,000) investment in technology within the past twelve months.

Today’s law firm offices may bristle with the latest computer hardware and give every appearance of being cutting-edge modern working environments, but managing partners are still fixated by the same concerns as their 20th century predecessors – billing rates, utilisation and fee-earner ratios.  As much as commerce has moved with the times, these established building blocks of a successful and profitable law firm have remained consistent.  This looks set to change, as some law firms diversify away from traditional legal services into packaged products and non-legal sectors, whereas yet others invest in technologies with the potential to revolutionise law firm economics.

The traditional law firm business model will not disappear overnight, but there are now other options which challenge the orthodoxy of how law firms make money. Some law firms have embraced technology as ‘early adopters’ while others are watching their competitors to see what works and what fails.  Some firms are developing bespoke in-house products, whereas others are choosing off-the-shelf. An example of a good bespoke product is PwC Legal’s Entity Governance and Compliance Portal, which provides clients with instant access to entity governance and compliance requirements in over seventy territories around the world: “We have embraced technology to a much greater extent than most law firms, employing a wide range of proprietary online tools, programmes and databases and – wherever possible – we are using technology to deliver our services to clients,” says Shirley Brookes, UK managing partner of PwC Legal.

Firms cannot invest in every new technology that shows promise, but nor do they have the luxury of taking too long in choosing where to put their money. Nyembo Mwarabu, vice president, EMEA, Xerox Legal Business Services, recognises the challenges: “Law firms generally have been more cautious about change than other industries. For example, while artificial intelligence (AI) has advanced in certain fields, such as marketing and advertising, legal teams have been slower to embrace analytics.”
Mwarabu adds, “A perfect storm is brewing – explosive growth in volume and sources of data requiring legal review, increased regulatory scrutiny and unprecedented fines and legal settlements. Leading law firms are adopting new ‘big data’ analytics systems to stay relevant and competitive. Plus, as they see AI and machine learning take off in other areas, we’ll see faster adoption than in the past, based on the paths these firms are taking.”

The risks of a botched technology implementation are well understood in the wider business world. It is questionable whether lawyers, even those who embrace change, have the skill set best suited to implementing new technologies and running businesses which are centred around them. Surprisingly, just 16 respondents identified a failed technology implementation as carrying a serious risk of reducing profitability.

Derek Southall, partner and head of innovation and digital at Gowling WLG notes, “The technology has shifted up a gear and it will be fascinating to see how people will exploit it. Law firms may find they need fewer people, but the technologies aren’t cheap. If they get their decisions and the implementation right the technology could bring with it considerable profitability, but if they get it wrong the opposite could be the case.” He adds, “The challenge for law firms is not that they don’t want to change, it is understanding that they may not be able to do everything and making the right judgement calls when investing. They may have to decide which areas of business they will support and which they won’t. It’s a bit like asking someone which of their children they want to feed. It is much easier for a niche firm just focused purely on one area, for example, but if it’s involved in multiple areas the decision making process will be much more difficult. Law firms will increasingly distinguish themselves by the decisions they make and even within specific practice areas it may become harder to compare law firm’s offerings.”

What is important is that law firms recruit new technology experts who fully understand the legal market. One senior IT and digital services manager at a top 100 law firm told us that he had spent the last 15 years working in accountancy practices bringing their IT platforms up to speed. “Law firms are always behind the accountants when it comes to technological innovation – now the same IT experts who got the accountants working with digitalised services are doing the same thing for the law firms. We have basically moved across professional service sectors and are being paid to reinvent the wheel.”

As law firms move towards using technology as a means of delivering their core services, rather than just supporting their lawyers in doing so, they will inevitably become more capital intensive businesses. At present, a senior law firm equity partner may have to contribute several hundred thousand pounds to his or her firm, but will expect to reap profits from that investment many times over. Such returns on business investment capital are rare in other industries.

The suitability of the traditional partnership model for making investments in technology is questionable. Although regulatory changes have in theory allowed for outside investments, perhaps even a stock market listing, to date (Gateley aside) no major UK law firm has taken advantage of those rules. A further push towards deregulation due in 2017 may remove the regulatory hurdles that are preventing firms from raising capital in this way. Without outside investment, firms may well struggle to realise their ambitions without taking on large debts or requiring partners to contribute substantial capital.

For start-up firms and many on the high street, there is no realistic prospect of ever raising the capital needed to develop bespoke systems. These firms will continue to buy off-the-shelf technology to enhance their legal service to clients. Ed Turner, managing partner at Taylor Vinters, observes that the Cloud’s limitless digital storage capacity has evened out the legal services playing field: “It costs a relatively tiny amount to start up a law firm. You can scale it very easily. You can buy Xero for your accounting package, Dropbox for your document storage and away you go.”

Derek Southall agrees, “The increase in cloud based machine learning as a service model (MLSaas) effectively allows pay as you go AI. Blockchain could also be game changing for the profession with smart contracts and more. A lot of investment is going into this area but many in the market are struggling with understanding the extent to which this will impact and where the sweet spots are.”

Although digital legal services platforms offer a lower-cost access to better technology, they risk firms losing their distinctiveness. As banks have found, it is the tech companies, rather than the core banking businesses, which ultimately benefit from disintermediation. This is because there is a risk that savvy clients will simply go directly to the legal service platform and avoid hiring a lawyer at all.

Says James Roome, London senior partner at Akin Gump: “There may be fewer in-house lawyers who have to go outside for legal advice because the technical materials will be much more available online. There are advances being made in technology, such as increased customisation and user friendliness.” Derek Southall agrees, saying of clients: “If they can then purchase the technology as well, it begs the question what work will law firms be given?”

The bigger law firms have packaged some of the repeat transactional services which are delivered from cheaper offshore and on-shore centres. Many law firms have opened low-cost centres to handle all of their process-driven legal work. So called "disruptor" legal businesses have entered the market and are competing with traditional law firms by offering clients a more streamlined and tech-enabled service. A good example is Axiom, with over 1,500 employees across three continents. It focuses on improving the way legal, compliance and contracts work is done.

Nevertheless, Roome predicts, “The winning firms will be those with a high advisory element and a reputation for having excellent people, rather than those who dominate volume transactional work. I suspect that large parts of bond issues, M&A and private equity transactions will become more commoditised than they are today.”