IBA and the Impact of Robots

The IBA Global Employment Institute has released a report examining the impact of artificial intelligence and robots on the workplace, the new industrial revolution that has been named Industry 4.0. Among the wider global picture, several of the key findings directly relate to the legal world and the impact that robotics will have on the sector. 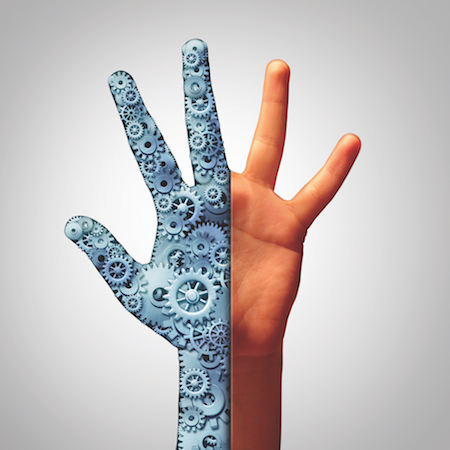 While automation is a risk to many current jobs, which has been well covered in many reports, the IBA’s report seeks to also highlight the jobs that are going to be in demand when Industry 4.0 hits. Among jobs such as IT management, teaching professions, and jobs within the humanities, social sciences, and artistic professions, it puts a spotlight on what it calls a special case: lawyers. As it currently stands the risk of lawyers being replaced by intelligent software or a machine is low, calculated at three to five per cent, but that is not to say that technical development is not taking place in this sector.

The legal profession is at lower risk of automation because of the personal relationships that are built with clients as well as the creativity required in drafting new legislatin. In order to ensure this independence continues, further technical development does need to take place. An increase in the testing of intelligent software in the legal profession has already been seen, such as the “AI Judge” that went through the European Court of Human Rights’ decisions looking for patterns in the text to predict the outcomes of the cases with 79% accuracy, as well as intelligent software programs that are assisting in analysing the vast amounts of data involved in reviewing or entering contracts. This has the benefit of freeing up the lawyer to look at more creative and innovative uses of their skills and times.

Alongside that, the use of these algorithms can help lawyers offer fixed prices. Although fixed prices for the provision of service are common in many sectors they can still be a rarity in the legal world. In the context of the digital world, fixed prices are becoming more common, and they are made more feasible through the increased digitalisation which can take away the time burden implicit in reading and understanding huge swathes of data.

Identifying the issue of integrating untrained workers into the “new” job market, the report highlights the fact that alongside the increasing number of university graduates there will be a rise in the number of people without vocational training. This will be set against the decrease in demand for the auxiliary jobs that are often performed by unskilled workers and students or trainees on the basis of marginal employment. As well as examining the benefits of Universal Basic Income as a way to protect people, the report notes that there are modifications to tax systems that governments could make, or even, as the US economist Richard Freeman proposes, employees could buy the robots that replace their jobs or invest in IT systems, in order to ensure that working is not considered unattractive.

It also notes that the state, as a lawmaker, is in a position that it could define a “human quota” whereby it can determine the number of jobs in any given sector that it wants to performed exclusively by humans. This could be coupled with initiatives such as taxing work done solely by machines or using a “made by humans” label on qualifying products, in an effort to promote human work. Finally, the report stresses that innovative startups are the key to modernising the economy and that excessive bureaucracy must be cut where possible to allow them to flourish.

Autonomous vehicles on the road are governed by legal systems of individual countries, though it is not the case within a closed area such as a warehouse where only the national occupational half and safety regulations have to complied with. The legal systems for public approval in the main are based on the Vienna Convention on Road Traffic of 1968 as a framework agreement under international law. It states that every vehicle has a driver with full responsibility who can permanently control it. With the controllability as the basis of approval, this convention has had allowances for autonomous vehicles since March 2014, by stating that as long as the driver can switch off autonomous systems, they are still in control and so they can still meet public approval. Nevertheless, in most countries it is still illegal for fully automated cars and trucks to be on public roads.

Reform of the relevant laws is therefore necessary, and the report claims that autonomous systems should be treated as equal to human drivers, which would have the effect of simplifying both approval and liability. Current European rules prohibit development of autonomous driving on public roads beyond a few exceptions for research vehicles, showcasing how older regulations are holding back progress in this area. It is also leading to a competitive disadvantage for the continent when seen in contrast to the US system that has no specific prohibitions but leaves it up to the individual states to get a specific approval.

Most accidents in the workplace are caused by a lack of coordination between the human operator and the machinery or assistive system, or they are caused by human error. Because of this, the IBA states that it is essential to meet national or international safety standards. Most European companies use the EU standards as minimum requirements and these are also used in other countries that may not have such codified standards.

In advance of a company working with robots, it must carry out risk analyses in order to protect employees. There is a Machinery Directive in Europe that sets a minimum standard that all machine products in the continent must meet, and it provides for a manufacturer’s risk assessment for any machine. Robots would come under the definition of “machinery” in the directive, and cannot be put into operation until a safety briefing relating to the individual workplace of the employee has taken place, while it is recommended that policies are established to regulate the use of these systems. Such directives as these are good examples of cross-border cooperation of safety standards, but again regulation must be kept up to date with technological development or else it risks becoming restrictive to innovation, a common theme that runs through discussions of regulation of robotics.