While the debate rages on over how to test and integrate autonomous vehicles and whether they will truly be safer, the insurance sector is preparing for the creation of a new and changed insurance market. 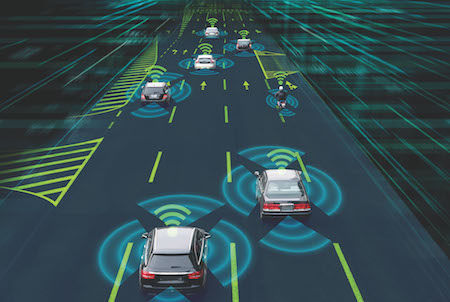 The question over liability when there is no human driver involved in a collision raises concerns for customers their cover with companies such as Google’s Waymo taking steps to deal with the driverless revolution by partnering with an insurance company. Others are helping position autonomous vehicles as an attractive choice to potential customers via discounted insurance, in an attempt to gather data on how best to insure the new vehicles.

Adrian Flux, a UK-based insurance broker, has claimed to be the first insurance company to offer insurance for driverless cars, attempting to get a head start into the new insurance market. Recognising that autonomous vehicles will bring their own host of new problems, even while bringing down crash rates, means that insurance companies need to alter their modes of thinking and offer bespoke deals for driverless cars. Part of their coverage relates to protection against hacking or attempted hacking of the car’s software, a new concern for motor insurance providers, as well as maintaining updates of the software and stepping in if the manufacturer’s software fails or malfunctions.

In preparation for rolling out its autonomous taxi service, Waymo announced a partnership with insurance provider Trov to make sure that it can offer its customers a full and comprehensive package. Determining fault when there is no human driver is the main issue facing insurance with autonomous vehicles and Trov, by working with one of the biggest names in the oncoming market, is trying to face it head on. It has adapted its on-demand insurance service to be triggered by software, giving the passenger automatic coverage when they enter the self-driving taxi, without having to pay extra or even acknowledging its existence. Compensation for medical expenses will be covered, along with damage to property, such as mobile phones, should an accident occur. Both companies are willing to experiment in the new driverless insurance market that will emerge sooner rather than later.

Two companies have offered promotions to their insurance packages to help convince people to take up the new technology. Direct Line, the UK’s largest motor insurance provider, has decided to offer a five percent discount for customers who activate their Tesla’s Autopilot function. Direct Line has stated that this discount is not necessarily an endorsement of the technology. Instead it is being branded as an exercise in data collection, so that the company can prepare for the driverless future and adjust its premiums accordingly.

It’s a new data sharing agreement between the two companies, as Tesla will be sending the insurer information about all of the autonomous features of its vehicles to help them set their prices. Currently, the price of insurance for cars that have autonomous driving capabilities has not reflected the changing nature of the vehicles, despite the fact that crash rates across Tesla models that have the Autopilot system have fallen by 40%. Root, a US startup that boasts the use of AI to help their customers save more on insurance, has also rolled out a similar promotion across nine different states.