Which? says the cost of smartphones was inflated as a result of Qualcomm’s anti-competitive practices 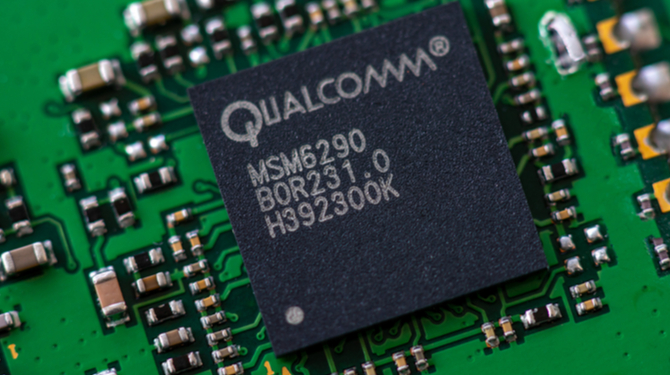 Consumer organisation Which? – represented by Hausfeld – has filed an opt-out collective claim against Qualcomm for over £480m on behalf of a class of around 29m UK consumers.

Which? claims that Qualcomm abuses its dominant position in the markets for standard-essential patents (SEPs) and chipsets, resulting in inflated costs for Apple and Samsung that are passed on to UK consumers in the form of higher prices for smartphones.

California-based Qualcomm, which told the BBC the case has “no basis”, develops wireless technology and holds SEPs that are necessary for handset manufacturers intending to implement standards like long-term evolution (LTE). It also produces baseband processor chipsets, which are necessary to produce LTE-compatible devices like smartphones.

Litigation boutique Hausfeld filed the claim on behalf of Which? with the Competition Appeal Tribunal late last month. The claim is Which?’s first to utilise the opt-out regime introduced by the Consumer Rights Act 2015, with Hausfeld London managing partner Anthony Maton commenting that it’s “exactly the type of claim” for which the opt-out regime was designed.

The claim will also automatically include compensation claims for consumers that have bought certain models of Apple or Samsung smartphones since 1 October 2015.

If successful, Which? estimates that the consumers could be owed a collective £482.5m in damages, with payouts of up to £30 per person.

Which? CEO Anabel Hoult said in a statement: “We believe Qualcomm’s practices are anticompetitive and have so far taken around £480m from UK consumers’ pockets.

“We are sending a clear warning that if companies like Qualcomm indulge in manipulative practices which harm consumers, [we are] prepared to take action.”

Qualcomm told the BBC the plaintiffs are “well aware” their claims were “effectively put to rest” last summer by a panel of judges at the Ninth Circuit Court of Appeals in the US. Those judges controversially reversed a decision of the District Court for the Northern District of California, which had ruled in favour of the FTC in 2019 in its case against Qualcomm. The district court had found that Qualcomm had indeed broken federal antitrust laws by refusing to license its patents to direct competitors, placing an extra fee on rival chip sales through its patent licensing and entering an exclusive business deal with Apple.

Qualcomm has also been penalised roughly $2.6bn for antitrust behaviour in China, Korea and Taiwan and in 2018 was fined €997m by the EC for violating competition laws in a series of deals it made with Apple. The following year the EC imposed another fine of €242m on the basis Qualcomm abused its dominant position in the 3G chipset market, with the tech giant appealing both findings.

Noel Beale, director, competition – regulation at Burges Salmon, commented that Which?’s claim links to the EC’s prior decision for abuse of dominance, for the way Qualcomm has priced its chipsets and patents. “Consumer class actions for competition law infringements are in their early days, and Which? must be amongst those best placed to initiate this sort of legal action," he added. "It is bound to face all sorts of legal and evidential challenges.”

The consumer side of competition law enforcement is steadily developing in the UK, as evidenced by the case of Mastercard Incorporated and others v Merricks. The “gargantuan” class action, which was certified by the Supreme Court last December, seeks £14bn on behalf of 46m consumers.

“The Mastercard case is rumbling its way through the courts, but the UK legal system is still ‘learning the ropes’ regarding class actions and developing the necessary processes, so ultimately consumers can get effective redress for competition law infringements, committed on a large scale, as Qualcomm has allegedly behaved,” commented Beale.

“Litigating anti-trust matters in the US is much more developed, with the UK operating a more regulatory decision-making structure. Consumer class actions for damages on competition matters are a relatively recent thing, with processes still being developed.”

He added that, guided by the US example, such development should see class actions function more efficiently and make the outcome from legal processes such as Which?’s claim more predictable.

“It will be some time before we get to the end of this matter. A pivotal point of contention is in relation to the approach to pricing and determining to what extent the customer has suffered any detriment as a result of this. Which? is alleging that the way Qualcomm set its prices and allocated the patent licences excluded other manufacturers in the market and kept the prices high, but it will be difficult for a judge to make an assessment as to what the loss would have been but for a different pricing strategy.

"It will be hard for anyone to imagine how different the prices set for microchip manufacturing would be if the prices that were reached were not anti-competitive. If there was better competition, would the microchip prices have been set lower? And if so, by how much? This is an extremely difficult economic judgement. However, as recognised by the majority of the Supreme Court in the Mastercard case, just because working out damages might be difficult does not mean that it would be just for it not to be done.”

Qualcomm will likely argue that the cost of chipsets to Apple were not greater than they would have been had it priced differently. Or, if they were, it may be that Apple has not put up its prices as a result of the pricing and awarding of licences and that the cost was not passed on to the consumer.

Now the case has been filed, the next step is for Which? to be given permission from the Competition Appeal Tribunal to serve proceedings on Qualcomm. If granted, the tribunal will then decide whether Which? can act as the class representative and the claim can proceed to trial.

The claim is funded by Augusta Ventures, while Hausfeld is supported by a counsel team at Monckton Chambers: Jon Turner QC, Anneli Howard, Michael Armitage and Ciar McAndrew.