Waymo given permit to pick up passengers in California

Waymo has been awarded a permit by the California Public Utilities Commission to take part in the state’s autonomous vehicle passenger service pilot programme. 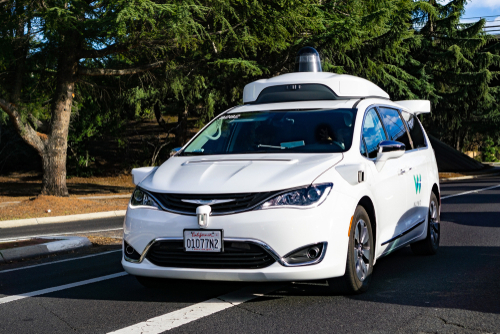 Waymo, the self-driving arm of parent comapny Alphabet (Google) joins three other companies in the pilot programme: Zoox, Autox Technologies, and Pony.ai. Permission to pick up passengers in the pilot programme is distinct from California's autonomous vehicle testing programme; over 60 companies are testing on Californian roads, with permits from the DMV, including Waymo. They were also the first company to be given permission to test fully driverless cars in California with no human safety driver last year, following such tests in Arizona.

Waymo's new permit, issued on 2nd July, will last for three years, whereupon it can be renewed. The permit states that the company will not be able to charge passengers for the rides and, unsurprisingly, a human safety driver will have to be behind the wheel at all times. Waymo will only give rides to its employees and their guests for the time being. This new testing phase will provide invaluable data as the company moves forwards with its plans for a self-driving taxi service.