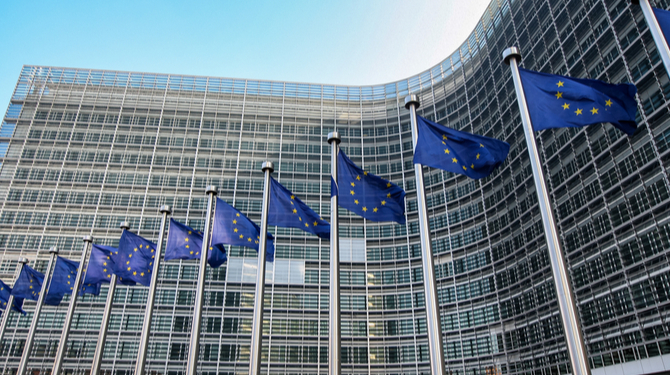 In December, the European Commission published the much-awaited Digital Services Act (DSA) and its sister the Digital Markets Act (DMA). The new draft rules represent a major overhaul of the EU’s legal framework for all digital services, with the DSA intended to standardise safety rules for online business and the DMA meant to boost competition in digital markets currently dominated by the tech giants.

The proposals came as the US Federal Trade Commission announced a vast inquiry into the practices of nine social media and video streaming platforms.

Policymakers across the globe are looking to adjust regulation to deal with the advancement of big tech companies in the interests of antitrust and consumer rights. The EU stated that the two proposed acts ‘complement the European Democracy Action Plan’, which seeks to counter disinformation, strengthen media freedom and pluralism and promote free and fair elections.

European president Ursula von der Leyen said: “With the digital revolution under way, citizens must be able to make choices where views can be expressed freely.”

Annabel Borg, principal associate professional support lawyer at Eversheds Sutherland’s competition, EU and trade team, said: “One of the key priorities for European Commission president, Ursula von der Leyen, is to make Europe fit for the digital age. The current rules, set out in the e-Commerce Directive, are outdated and do not reflect the digital economy today. One area of concern is large digital platforms — the European Commission considers them to be ‘gatekeepers’ to the Single Market and hinder online competition. If the Digital Markets Act is implemented in its current form, these ‘gatekeepers’ will be subject to new ex-ante rules, which seek to address unfair practices that either fall outside the existing EU competition rules, or cannot always be effectively enforced by these rules given the ex-post nature of competition law. Other jurisdictions, such as the UK, intend to impose similar measures.”

The UK’s Competition and Markets Authority recently unveiled a similar proposal, with a key difference being that, if approved, big firms would face fines of up to 10 percent of their global annual overall turnover.

Neither the UK nor the EU have released a list of companies that would be affected. The EU did specify that the most stringent measure would apply to ‘very large platforms’ which are used by over 10 percent of the EU’s population (45 million people).

Breaching the Digital Services Act and the Digital Markets Act (both of which will be harmonised across the EU) would incur fines of up to 10 or six percent respectively of a firm's overall annual turnover in Europe.

Justin Ellis, founding partner at iLaw, said: “Though now is too early for businesses to change anything specific in light if of the proposals, I expect to see a similar pattern of legal activity to the enactment of GDPR: a flurry of compliance work across all companies in the months up to the deadline and then a probing of service providers’ compliance policies in the months after the legislation comes into effect.”

Both Acts set out changes that affect users, businesses and platforms. There is a tiered system of ‘cumulative obligations’ that correspond to platforms categorised as intermediary services, hosting services, online platforms and vary large platforms.

Commissioner for internal market Thierry Breton said: “Many online platforms have come to play a central role in the lives of our citizens and businesses and even our society and democracy at large. With today's proposals, we are organising our digital space for the next decades. With harmonised rules, ex-ante obligations, better oversight, speedy enforcement and deterrent sanctions, we will ensure that anyone offering and using digital services in Europe benefits from security, trust, innovation and business opportunities.”

The EU characterises very big platforms as ‘gatekeepers’ with the power to control what have become pseudo-public spaces. Under the Digital Markets Act, gatekeepers will have to adhere to “prohibitions to discriminate in favour of their own services, obligations to ensure interoperability with its platform and obligations to share, in compliance with privacy rules, data that is provided or generated through business users' and their customers' interactions on the gatekeepers' platform.”

The hoped-for impact of this will be to create competition, leading to a “fairer business environment.” In a statement, the EU estimated that “the Digital Markets Act is expected to trigger a consumer surplus of around €13bn euros. The increased opportunities for a diversity of market operators will lead to increased investment from their side. This can be expected to have an impact on economic growth ranging between €12bn and €23bn.”

Gatekeepers under the Digital Services Act will be subject to new rules: to counter illegal goods, services and content; and trace those who supply them, be transparent about algorithms particularly in relation to advertising, provide access to data for vetted researchers (to understand risks to society and fundamental rights) and enact safeguards for users to question content moderation. There will be a “clarified liability and efficient compliance mechanism” to shed light on who is responsible for illegal, harmful of inaccurate content — the platform, user, or business.

Section 230 of the Communications Decency Act of 1996 is the American counterpart to the conundrum of who is responsible for what gets posted online. In October, the Senate convened a hearing in which CEOs of Twitter, Facebook, and Google’s parent company Alphabet shared their concern regarding liability uncertainty in this matter.

The process of review to which the proposals will be submitted under the European Council and Parliament will likely involve lengthy explanations of the technologies big tech companies use and resulting problems. This will most likely provide an opportunity for digital rights activists and the companies themselves to affect the legislation, with the result of the US’ FTC inquiry likely to have an impact also. However, the EU states that regulations would be updated in the future to align with technological advancements and consumer digital trends.