Major legal appointments from across the tech industry 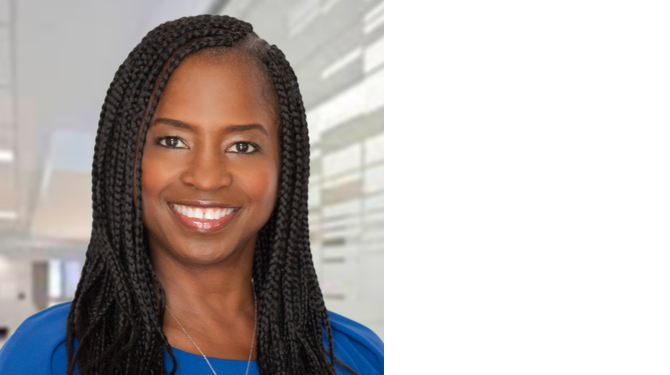 Verily, Alphabet’s life sciences research arm, has named Cynthia Patton as its next GC. She takes over from Claudia Walsh, who has moved to Facebook as director and associate general counsel.

Patton joins Verily after 15 years at biopharma giant Amgen, where she most recently served as senior vice president and chief compliance officer, responsible for the company’s global privacy and compliance organisation. Prior to Amgen, she was general counsel of SCAN Health Plan, a Californian Health Maintenance Organisation. Verily’s main focus is developing hardware and software solutions to speed the digitisation of healthcare. The company is hard at work tackling the pandemic, with its Baseline Covid-19 Testing Program now active across the US.

BlockFi, a cryptocurrency trading and lending platform backed by billionaire Peter Thiel, has confirmed Jonathan Mayers as its first GC. Mayers has spent the past decade in-house at hedge fund Renaissance Technologies and prior to that was at Deutsche Bank, Barclays and Davis Polk & Wardwell. His is one of a number of crypto-legal hires by the sector as it steps up its legal and compliance capabilities in a bid to legitimise itself among regulators.

BlockFi CEO and founder Zac Prince commented: “As the space continues to mature, we’ll need a firm regulatory structure more analogous to that of traditional finance to ensure capital can move through the crypto ecosystem safely and ethically. BlockFi continues to champion the importance of compliance and Jonathan brings a trove of experience from some of the most recognised names in finance to help us continue to do so.”

Cryptocurrency exchange Coinbase has found a new CLO in the form of Paul Grewal, one of Facebook’s legal leaders. A former magistrate judge for the Northern District of California, Grewal played significant roles in Apple v. Samsung and Oracle v. Google, two of the most closely watched technology cases of the decade. During his four years at Facebook he served as deputy general counsel and VP and grew his legal team to more than 200 people. He also had the unenviable task of being the company’s public voice during the Cambridge Analytica scandal.

Grewal takes over at Coinbase from Brian Brooks, who is now acting head of the Office of the Comptroller of the Currency. The move saw Brooks cash $4.6 million in Coinbase stock.

San Francisco-based VC Paradigm, which invests in crypto assets and crypto-related startups, has announced Gus Coldebella as its new GC. Coldebella held the same position for the US Department of Homeland Security from 2007-09 and was deputy counsel for two years prior to that. Previous crypto experience comes from his time as CLO and EVP at Circle, the crypto firm behind the stablecoin USD Coin.

FinTech firm Neudata has hired Donald D’Amico as its GC and in-house legal expert on alternative data. As well as managing the company’s legal affairs, D’Amico will develop a due diligence offering for Neudata’s investment management clients.

“Data compliance continues to be a growing topic of interest among hedge funds, particularly as regulators like the SEC announce plans to investigate the buy-side’s alternative data usage patterns more closely in 2020,” said Neudata’s CEO, Rado Lipuš. “Don will strengthen Neudata’s compliance advisory service for clients and data providers at a time when it’s critical to get this aspect of data usage right.”

D’Amico has previous experience in the alternative data space, having spent three years as legal counsel at Davidson Kempner Capital Management, where he onboarded third-party research providers and conducted related due diligence.

CUJO AI, a California-based network intelligence software company, has named Jeremy Otis as general counsel. Otis, who holds a Master of Laws from the Georgetown University Law Center, has been in-house for a number of Finnish security companies during his 25 years of practice in technology law in Finland and the US. He was senior legal counsel for three years at Nokia and joins CUJO AI from Wärtsilä Marine, where he served as legal director for the Americas.

Bison Trails, a founding member of digital currency group the Libra Association, has recruited Elizabeth Ralston as its first GC. Prior to joining Bison, Ralston was the sole in-house counsel at crypto and blockchain investment firm BlockTower Capital and was also in-house at Goldman Sachs.

Katie Biber, a former in-house lawyer at AirBnb who served as GC on Mitt Romney’s 2012 presidential bid, has joined $2.6 billion FinTech startup Brex as CLO. She comes directly from a two-year stint as GC at digital asset platform Anchorage and before that served as GC at online marketplace Thumbtack.

ALSP Factor has hired Edward Sohn as its new head of solutions. Sohn joins directly from EY Law, where he recently led its global law innovation and technology efforts. His CV also includes stints as a lawyer at King & Spalding, handling litigation at Pangea3 and then in the Legal Managed Services group at Thomson Reuters after it acquired Pangea3.

Tencent, the Chinese parent company of popular messaging app WeChat, has turned to one its longtime law firms for its first lobbying hire amid continuing scrutiny of its data privacy practices. Paul Weiss Rifkind Wharton & Garrison partner and former Treasury Department deputy GC Roberto Gonzalez will lobby for Tencent on consumer, media and trade issues. It’s the first time Gonzalez has registered to lobby and Paul Weiss’ first since 2018, when the firm was hired by embattled former Nissan CEO Carlos Ghosn.