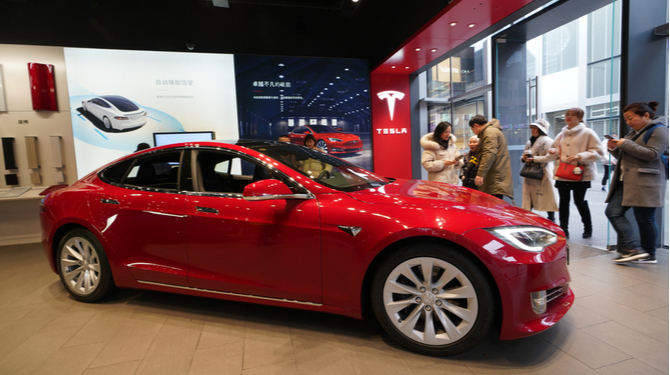 Shutterstock
A Tesla Model 3 on display in China

Tesla executives from Shanghai and Beijing have been called in for talks with a number of Chinese regulators amidst safety concerns over the Model 3 electric sedans and Model Y sport-utility vehicles currently being dispatched to Chinses consumers from its Shanghai-based factory.

Authorities including China’s top market, internet and transport regulators were prompted to conduct talks after an “abnormal acceleration” in consumer feedback and reports of battery fires and issues with remote vehicle upgrades.

In a statement posted late on Monday, they exhorted Tesla to adhere to Chinese law, meet quality standards, comply with consumer rights and public safety requirements and “strengthen internal management.”

In response, Tesla stated on Weibo that it “sincerely accepts the guidance of government departments” and will “strictly comply with Chinese laws.”

It added that it will “systematically investigate” the consumer reports in order to fully meet compliance standards and “better contribute to the healthy development of China's new energy vehicle market in the future.”

As China pushes the adoption of electric vehicles in a bid to combat air pollution, Tesla is ramping up production to meet rising domestic demand. The country is the world’s largest automobile market and Tesla’s second largest source of revenue, bringing it $6.66bn in 2020 – more than double that of 2019 before the opening of the Shanghai gigafactory.

Tesla became the first foreign carmaker to wholly own a factory on Chinese soil after it won approval in 2018. The company benefits from tax breaks offered by the municipal government that have enabled localised material and parts procurement.

The Ministry of Industry and Information Technology had warned Tesla last May to ensure that cars produced in China are of the same quality as those manufactured elsewhere, after Chinese consumers reported that inferior chips were being used domestically.

The State Council also said at the time that electric, plug-in hybrid and hydrogen-powered vehicles will make up 20 percent of all new car sales by 2025, a surge from the current five percent.

Earlier this month, Tesla started a recall of over 130,000 Model S and Model X vehicles made in the US due to faulty touchscreens. It has expanded the remit of these efforts to include 36,000 vehicles in China.

Amidst a global semiconductor shortage, recalling products and increasingly tense relationships with regulators might combine to inhibit the progress of the consumer EV industry’s most renowned manufacturer.

This may be especially true in China, were Tesla faces competition from indigenous electric car startups such as XPeng and Li Auto. Although their output is only a fraction of Tesla’s (XPeng shipped 27,000 cars last year compared to Tesla’s half a million), they are rapidly increasing production. NYSE-listed XPeng’s delivery results for last October represented a 229 percent increase year-on-year.

The news of Chinese regulators’ increased scrutiny of Tesla came at virtually the same time as a release of an SEC filing that showed the EV giant has purchased $1.5bn of BitCoin and plans to accept the cryptocurrency as payment in the future.